A Chinese commitment to cleantech and a new U.S.-China 10-year trade agreement have sparked stories about the next trillion dollar industry. Meanwhile, the financial market is experiencing its worst conditions since the great depression.

U.S. trade officials predicted last month the value of China's clean technology market would reach $186 billion by 2010, soaring up to more than half a trillion dollars by 2020. The Green Chip Review ran a story on the "Next Half a Trillion Dollar Opportunity," estimating that clean energy in China will be worth $555 billion -- more than half a trillion -- in the next 20 years.

What is happening in cleantech in China?

The Chinese have embarked on the following:

The U.S. government didn't miss what was happening in China. In fact, it was concluding a successful trade mission with the signing of a 10-year framework agreement that will expand cooperation into areas such as clean electricity production and transmission, as well as efficient transportation.

U.S. Deputy Commerce Secretary David Bohigian led the mission of 19 clean energy and environmental protection companies, such as General Electric (NYSE:GE), 3M (NYSE:MMM), and Honeywell (NYSE:HON), among others with worldwide wherewithal, to help China reach its goals while boosting their own shareholder value.

The notion that China can't do this alone was put forth as a reason behind for the U.S.-China agreement. This contrasts the reason given by the Bush administration to reject Kyoto: China's lack of initiative regarding clean technology. Now, the U.S. is signing a decade-long clean technology cooperation agreement with them. Apparently, China does have progressive energy policies and targets after all.

Another way of looking at this same dynamic is that China is creating demand for U.S. technologies and that although China is the biggest competitor to the U.S. in global economic power, the Kyoto Protocol and Clean Development Mechanism (CDM) with this 10-year framework agreement to use U.S. technologies may mean the U.S. could really benefit from this next trillion-dollar industry. A partnership approach with China would be the basis for the top two global polluters developing a cooperative model on sustainable energy. This approach would allow the U.S. to sign up to CDM for its own best interests

Up until now, some of those critical of Kyoto and CDM have said that if the U.S. joined, it would join in the wealth transfer from the developed world to the developing world. This involves a transfer of technology and a transfer of real dollars to developing countries like China and India. Under the Kyoto Protocol, CDM allows for developed nations to buy carbon credits from the carbon offset projects - - wind, solar, and landfill projects in developing countries -- because it can be more cost-effective to purchase a ton of C02e reduced from a developing country to meet their targets. The debate on CDM is fierce.

Europe has been reaching its targets this way. The global carbon market was worth €40.4 billion in 2007, of which the CDM accounted for €12 billion, the World Business Council on Sustainable Development said in February.

We have to remember that powering China's economy is the main way of bringing its 1.3 billion people out of poverty. If done with renewable energy and the help of U.S. cleantech companies, we could have a win-win for the stock market and the planet.

Karla Bell is a co-founder of Carbonflow Inc., which is dedicated to reducing the transaction costs and ensuring the transparency and environmental integrity of the global carbon credit market. She is also editor at ghgblog.com, where this article originally appeared. 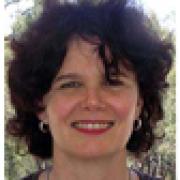 See all by Karla Bell