Chlorine: Protecting human health for more than a century

This article is sponsored by Evoqua Water Technologies.

Chlorine is one of those workhorse chemicals that has an essential role in making other processes more sustainable, especially those that require potable or pure water (and what factory or community doesn’t?) And with the right equipment to handle and dispense it, chlorine is safer to use than ever.

What makes chlorine so valuable in water-based processes is its ability to kill water-borne germs. Chlorine is exceptionally good at this. When you mix pure chlorine gas or a chlorine compound such as sodium hypochlorite with water, it forms hypochlorous acid, which, according to prevailing scientific thought, penetrates cell walls and destroys protein in such pathogens as typhus, salmonella, e. coli. and many water-borne parasites. It kills viruses, too. It kills these water-borne germs by the trillions, more efficiently, effectively and permanently than just about anything else on the planet.

Our company, Evoqua Water Technologies, has known the good news about chlorine longer than any other water technology company in the U.S. One of our brands, Wallace & Tiernan, is the pioneer company that developed chlorine gas disinfection. In 1913, the company’s two founding entrepreneurs, Charles F. Wallace and Martin F. Tiernan, started the revolution by teaming up to develop equipment for feeding chlorine gas into a tributary of the Rockaway River at Dover, New Jersey supplying the Jersey City Water Department. The world has been a healthier place ever since.

'The most significant public health advancement of the millennium'

It’s hard to understate the impact of chlorination on public health. Before Wallace and Tiernan’s breakthrough, cholera, typhoid fever, dysentery and hepatitis A killed thousands of U.S. residents annually. Drinking water chlorination and filtration have helped to virtually eliminate these diseases in the U.S. and other developed countries. That’s why, in 1997, LIFE magazine declared, "The filtration of drinking water plus the use of chlorine is probably the most significant public health advancement of the millennium."

What makes chlorine so valuable in water-based processes is its ability to kill water-borne germs.

What made chlorine a breakthrough in public health back then, and continues to do so today, is its ability to kill germs not just at the chlorination site, but continuously, throughout an entire water system, whether it’s a purification skid in your plant or the municipal water system of Los Angeles. No other currently used disinfection process does this. Filtration doesn’t. Ultraviolet radiation doesn’t. Only chlorine, chloramines and chlorine dioxide are approved residual disinfectants required for municipal drinking water distribution.

Every day, 98 percent of modern U.S. water treatment facilities (about 170,000 public water systems) treat and convey billions of gallons of water through about 880,000 miles of distribution system piping to U.S. homes, farms and businesses. These pipes are decades old, and getting older every day.

And in all of these systems, chlorine protects drinking water as it makes its journey from the plant to your tap. Chlorine’s ability to protect water through every mile of pipe, all the way to your kitchen sink, is literally the reason you can drink from the faucet and not die of typhoid. Chlorine is used again at the other end of the process, in wastewater treatment. It protects us from exposure to harmful germs after treated wastewater is returned to waterways.

In an industrial process, whether it’s generating potable process water or treating industrial wastewater, chlorine has an additional and equally vital role: it serves as a pretreatment for advanced filtration systems that remove heavy metals and toxic chemicals. Without chlorine, processes such as ultrafiltration, reverse osmosis and continuous deionization wouldn’t be possible. The systems would literally be clogged up by germs, and it would be far more expensive to generate high-purity water or to recycle wastewater back into your processes. Chlorine is also used in boiler feedwater systems to prevent the growth of slime and bacteria that would reduce the efficiency of the system and waste energy.

For all the environmental benefits it provides, chlorine itself can be a difficult substance to handle, especially in its most popular form for water treatment, compressed gas. It’s a strong irritant and, if released into the air, can damage the respiratory systems of those nearby. More than a century of development in systems for packaging it, containing it and transporting it in its various forms have made it safer. But there are still accidents, especially during transport of this powerful chemical.

Evoqua isn’t a manufacturer or transporter of chlorine, but we have been helping municipal and industrial water systems use it safely and productively since we introduced chlorination to the market. Since then, we have done much to make chlorine even safer to use on site. The main things that have changed are system design and material selection, especially metal alloys and engineered plastics that have enabled us to design chlorinators that are more durable, have fewer moving parts, and operate with more inherent safety.

None of these alternatives is a drop-in replacement for what chlorine does: continuous disinfection throughout a system.

In addition to components themselves, other devices help make overall chlorination systems safer, such as double-check valves and seals, safety shut-off valves and emergency vapor scrubbers — also manufactured by Evoqua — which can quickly remove all of the chlorine gas from a room in the event of a release. Other equipment such as gas detection systems and fire safety doors also help make modern chlorination systems very safe.

Yes, there are alternatives to chlorination for disinfecting water, including ozone and ultraviolet radiation. We supply these options and recommend them, when appropriate, when we design purification systems for our customers. Tradeoffs include increased energy use and the loss of system-wide protection from re-contamination. That’s because none of these alternatives is a drop-in replacement for what chlorine does: continuous disinfection throughout a system.

Is chlorine here to stay?

Our belief is, yes, because it still has work to do and lives to save. In municipal water systems and industrial installations throughout the U.S., chlorine makes a significant contribution to reducing water costs and increasing availability by helping treat and reclaim contaminated water and by recycling wastewater.

Until we can address this great need in public health, we will need all of the tools available. Which means that, with the right equipment and practices in place, chlorine is going to continue to be a key part of safe and sustainable water processes for the foreseeable future. 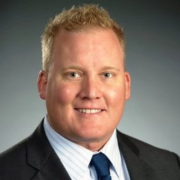 See all by Daryl Weatherup