The Executive Secretary of the UN Framework on Climate Change talks about the opportunity for companies to wield their clout at the Paris climate talks.

Christiana Figueres is a busy woman, as evidenced by her whirlwind day in San Francisco earlier this week — from meeting to speech to lunch to interview to yet another speech.

There’s good reason for the frenetic pace: As Executive Secretary of the United Nations Framework Convention on Climate Change, she is point for this December’s COP21 conference in Paris, an event some see as the last great hope for an international climate agreement. Figueres is a veteran of such moments. She has been involved in climate change negotiations since 1995, initially as a member of the negotiating team from her native Costa Rica.

Somehow, amid the whirlwind, she found time to sit down for a conversation with GreenBiz about the role of the private sector — both big and small enterprises — in this year’s climate negotiations. The conversation has been edited for clarity and length.

Joel Makower: I’ve heard that this is the first COP for which business has been really invited to the table. Is that true?

Christiana Figueres: I think you could make that statement about every one of the past five COPs. The fact is, more and more companies are getting with the program and are understanding that we are now irreversibly on track to a low-carbon economy. And that it is in their interest to support that transition as early as possible, because then they have more advantages in so doing.

We’re delighted that at every COP, we are able to open that door more and more to the recognition of business. And it is absolutely true that there is much more action on the part of business now than there was before. I certainly expect even more action next year.

By the way, Paris isn’t the end of history; it is one stopping point in this very compelling transformation that we’re in.

Makower: So, you talked about opening the door wider and wider for companies. Are you satisfied with the number of companies that are stepping through the door, and specifically, what they're doing to support what you want to see happen?

Figueres: Look, it’s all a process. Of course, I would want everybody to be carbon neutral tomorrow at six in the morning, but it doesn’t happen that way. This is a process, and so I am grateful for companies that have truly taken a very, very visible leadership.

But I'm also grateful for a lot of very small companies that never get talked about that are also taking very impressive steps.

Is it enough? No, it’s not enough. But I also would not be able to point to any single federal government or subnational government and say, “Wow, that really is moving the needle substantially.”

Makower: I'm trying to understand what, specifically, would you like to encourage companies to do.

Figueres: I think companies can do a couple of things. Corporations can definitely figure out how can they go carbon neutral. IKEA, Apple, Google have all decided they're going to do 100 percent renewable, so they're investing in their own energy generation.

Not everybody has that possibility, but everybody does have the possibility of figuring out how to chart a path that gets them to carbon neutrality ASAP. There’s many different ways in which you can bring down your own emissions. 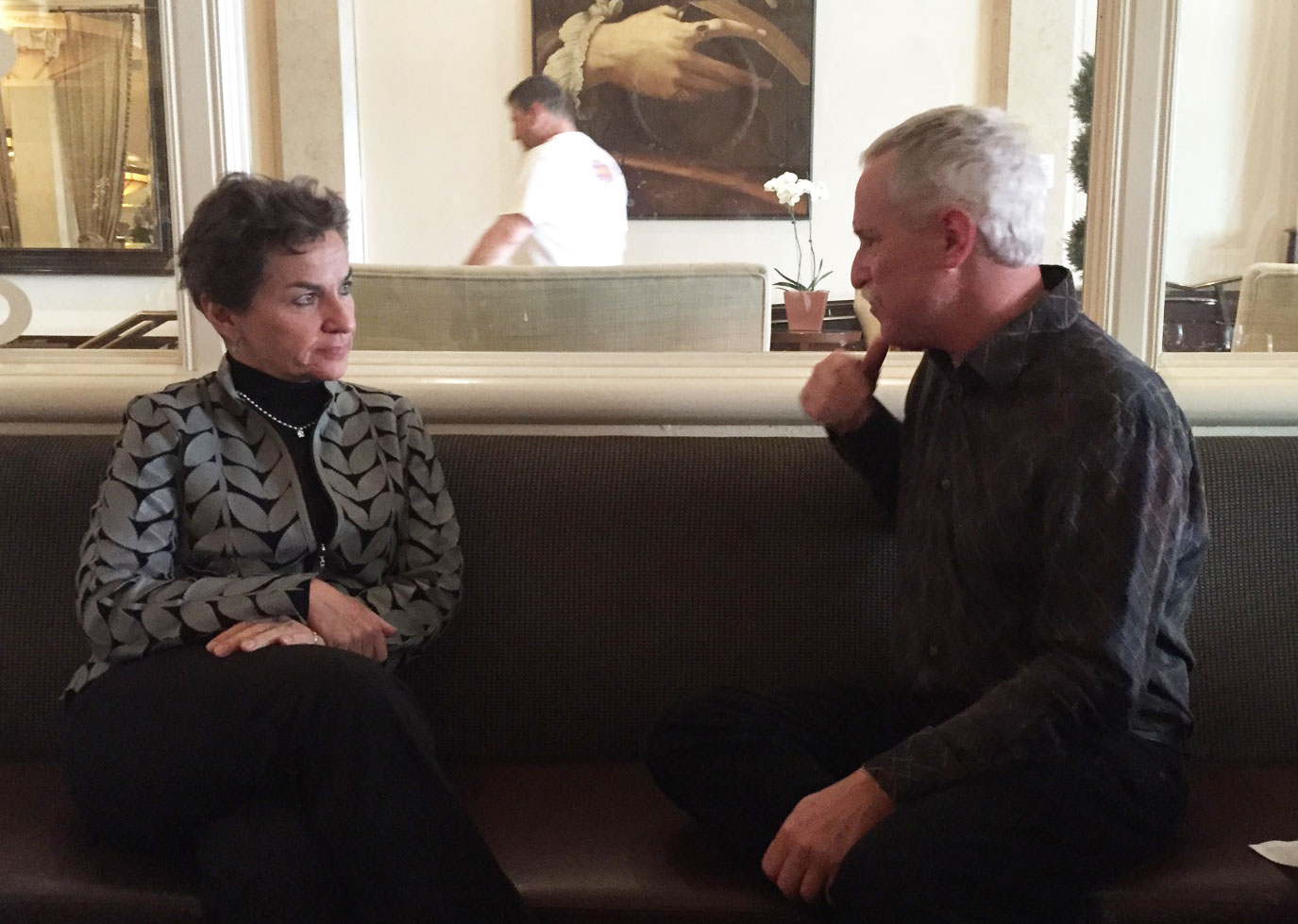 Then, corporations can use their voice — particularly large corporations,  once they have done their own homework on their own carbon footprint. They can support the growing chorus of voices from the private sector that are moving in the same direction. And they can work up and down their supply chain to encourage others to do the same.

Figueres: The public, certainly, because there’s very little awareness of the fact that we are moving into a low-carbon economy, and your normal consumer on the street should be able to be educated by corporations that have already committed to low carbon so that we can change the norm.

We're currently still stuck in a high-carbon norm for everything, for all production, for all consumption. We have to change that to a low-carbon norm, and that is done client by client, consumer by consumer. So that is a very important part of the education and using their voice.

Another very important part of using your voice is to speak to your value chain and to governments. Probably the most difficult part of this is for those large corporations that have government influence to make sure that they are being consistent in their messages to governments — that they're not putting one message out via one channel and then a different message out via another channel.

Makower: And the message is, ‘We want action’?

Figueres: The message is, (a) we're taking action ourselves, because we understand that it is in our business continuity interests; and (b) we encourage governments to also take action and to be as clear as possible in their signaling to corporates.

Because corporates can go to a certain point but then they need further regulation, they need carbon pricing signals, they need all of the instruments that are going to be helpful to them for their corporate board decision making.

Makower: You mentioned smaller businesses stepping up to this. I'm curious about that, because small businesses typically don’t feel involved. What would you like to see them do?

Figueres: I don’t usually pick examples of my own country, but I come from Costa Rica, and Costa Rica has a carbon-neutral target by 2021. And, having established that target, it really is quite impressive to see how many small businesses are aligning themselves with that. 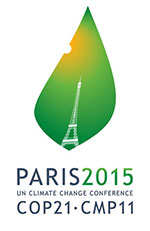 These are not medium enterprises. These are small enterprises, family-owned enterprises that understand that the consumer is getting more and more sophisticated and it is no longer enough just to be part of the ecotourism industry. You really have to have an edge on that, and the next edge is low carbon.

Makower: Can smaller companies get involved with the COP process?

Figueres: That’s how it happens. Those small companies are strengthening the will of the Costa Rican government to keep to its target, and from that, you’d evolve the Costa Rican position vis-à-vis the international negotiations. It’s sort of a chain of events.

Small companies obviously don’t go straight to the COP and do any positioning, but they can be very, very effective in either solidifying the position of governments or encouraging governments to move to those positions.

Makower: So when you think about the private sector and what’s going to be happening this year, are you encouraged?

Figueres: Yes, I am very optimistic, and I'm very grateful to the number of companies that are coming out of the woodwork, the latest of which is a letter that I got from six major oil and gas companies saying that they also want to be part of the solution, they are also interested in carbon pricing.

So, you know, it’s the full gamut. It’s the large companies, it’s small companies. Everybody is waking up.