David Gottfried, the founder of the U.S. Green Building Council, is a funny, engaging and confessional memoirist -- his life makes a great read and he is generous in sharing himself with his readers. His first book, "Greed to Green," told of his early days as a real estate developer (Greed) and his excellent adventure with the USGBC and its LEED rating system (Green).

Gottfried’s second book, "Greening My Life," goes beyond the built environment to recount Gottfried’s quest for personal meaning. His journey includes his struggle to get healthy, overcome a series of unfortunate romantic relationships to marry and start a family, and balance the demands of work and personal life. 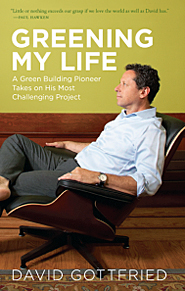 Gottfried being Gottfried, he charts his progress with a 100-point Green Life Rating System, which he describes on his website as “a 100-point, ten category individually tailored rating system inspired by LEED. The rating system categories are very broad, spanning the areas of health, work-life, financial, social, contentment, eco-footprint, and life’s summing up.”

I’ve been doing a lot of thinking about sustainable living lately. June 30, 2011 would have been the 90th birthday of my mother, Janet Love Mechanic Aronson. My mother didn’t quite make it to 90 -- she died a few months earlier. But my mother’s life fits well with Gottfried’s sustainability paradigm and I’d like to remember her 90th birthday by sharing her story.

My mother’s life was sustainable on numerous levels, tightly weaving the threads of family, friends, profession and community into a rich tapestry. Janet always maintained that she lived a “charmed life,” and had the name to prove it -- her middle name was literally Love. 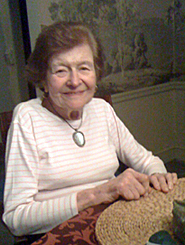 Nature and animals were a lifelong enthusiasm. Janet loved gardens and pets. Her childhood home held a menagerie of adopted animals, including a parade of much-loved rescue dogs. A duckling dubbed Woozy Duck, who was allowed to swim in the bathtub, was the legacy of a fishing trip with her father. A locavore before the term was coined, Janet delighted in fruits from local orchards and vegetables from a nearby farmer’s garden. As for seafood -- did I mention those fishing trips with her dad?

Janet grew up in Brookline, Mass., a suburb of Boston, and lived there for the rest of her life. The friends of her girlhood were also the friends of her older years -- all settled nearby and maintained lifelong friendships. My dad, my sister and I were drawn into this network, as were the husbands and offspring of all Janet’s friends. My sister and I are still friendly with my mother’s pals, as well as with some of their children.

Janet not only lived in Brookline, she also worked there. She was one of the first woman optometrists in Massachusetts, and practiced eye care for over 50 years. True to form, her optometric partner was her grade school chum, Arnelda Levine Shapiro.

Well before the feminist era, Janet and Arnelda were practicing optometry under their maiden names, and building a busy, highly-regarded practice. They loved their work, but also treasured the work-life balance made possible by self-employment. “It’s always best to be your own boss,” Janet said frequently, and she used that authority to be present for my sister and me at school plays, piano recitals, and field trips.

Community was also prominent in my mother’s life. Janet and Arnelda were known and respected throughout metro Boston, and inspired many younger women to enter their profession. It was fitting that a scholarship honoring their work in optometry was established during their lives by lifelong friends from early days in Brookline. It was also fitting -- and unplanned by our family -- that the rabbi who officiated at Janet’s funeral had been one of her patients, and enthusiastically recalled her professional excellence and caring.

I haven’t tallied the points, but I’d guess that my mother’s life would score highly on David Gottfried’s “LEED Life” Rating System. Yes, my mom appreciated the natural world. More meaningfully, she was even richer in the most important aspects of a sustainable life: family, friends, profession and community. Here’s to her birthday. 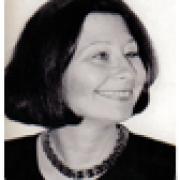