It calls itself the "invisible backbone" of the global supply chain. Invisible is right — you've probably never heard of CHEP, the shipping and logistics arm of Australian giant Brambles.

But depending how eagle-eyed you are, you might have spotted its distinctive blue pallets lurking outside a supermarket or stacked in a distribution center.

CHEP's bread and butter is reusable packaging equipment — providing crates, pallets and boxes to companies around the world to ship their stuff. "If you are a manufacturer, you manufacture any kind of consumer goods, and you want to send it through the value chain to a retailer, you need a piece of packaging — specifically, you need a pallet," explains Juan José Freijo, Brambles' global head of sustainability. "The humble pallet is very important, because without pallets, things just don't move."

This is logistics on a massive scale. CHEP is one of the largest pallet businesses in the world, and at any given moment, it will have 300 million packaging units on the move. And according to Freijo, the business model has circularity embedded in its core. In contrast to many companies that sell pallets, CHEP rents them to customers and then collects almost every unit back after use to inspect, repair and send back out into the supply chain again. "The business has been built around this idea of sharing and reusing from the beginning," Freijo tells BusinessGreen, pointing out that reusing wooden pallets averted the logging of 1.7 million trees last year.

In contrast to many companies that sell pallets, CHEP rents them to customers and then collects almost every unit back after use to inspect, repair and send back out into the supply chain again.

But Brambles is no longer content with maintaining a circular model in its own business. Having spotted that the idea of the circular economy is starting to take off in corporate circles, it wants to be at the center of the business action.

"It is absolutely everywhere," says Freijo. "The planet's natural resources are under huge pressure. And secondly, it is a huge opportunity to reduce costs and unlock efficiencies in the supply chain."

In June, Brambles launched a major new business program dubbed "Zero Waste World," a three-pronged scheme that offers customers in the United States and Europe help cutting waste and improving efficiency in their own supply chains.

According to Freijo, the sheer scale of Brambles' logistics business means it can spot better than anyone where inefficiencies are in global supply chains. "We have huge visibility on what is happening in the value chain," he says. "And therefore we believe we are in a privileged position to do things that the industry needs."

The sheer scale of Brambles' logistics business means it can spot better than anyone where inefficiencies are in global supply chains.

It's an approach developed off the back of industry interviews with the likes of Coca-Cola bottling company, U.S. supermarket Kroger and packaged foods giant Edeka, who reported universal challenges in making their supply chains more efficient, more flexible and more collaborative.

The first pillar of the program is focused on eliminating waste, from single-use packaging to unsaleable products. Lots of companies have made zero-waste-to-landfill pledges, but in much of their supply chain single-use plastic wrapping and used-once cardboard boxes are proving tricky to eliminate. CHEP is planning to expand its range of reusable supply chain packaging solutions, to help firms slash single-use waste.

The second pillar is transport. In Europe, 30 percent of freight miles are driven with empty trucks, returning to depot once they have delivered their load. CHEP already teams up with companies to use their empty fleets to transport pallets, for example, but under Zero Waste World, it plans to take this one step further and team firms up with rival companies to share transport miles.

Under Zero Waste World, CHEP plans to take this one step further and team firms up with rival companies to share transport miles.

"Imagine a truck that goes from A to B, and then it comes back empty," explains Freijo. "And another truck goes from B to A, and it comes back empty. We see both trucks and the inefficiencies there. So we can sit together with whoever uses the first truck and the second truck, and then facilitate ... a continuous loop."

For example, CHEP has been working with beer giant Mahou San Miguel to slash transport emissions since 2015. Under the partnership, which saw CHEP, San Miguel and its logistics partner Taisa Logistics share transportation, San Miguel's transport-related CO2 emissions fell 12.4 percent in 2018 compared to a year earlier. CHEP hopes it can replicate these kinds of results even when it is not involved in transport sharing, but acts just as an arranging partner.

The third pillar is focused on improving traceability in the supply chain. "Every industry has this unsolved question: 'Where is my stuff?'" Freijo muses. He thinks CHEP has the answer. "If we track and trace our pallets, we indirectly track and trace the product that goes on them," he points out. In 2016 CHEP launched a platform called BXB Digital, which uses internet of things technology to collate and analyze the data from CHEP pallets. With that information, companies can spot inefficiencies or bottlenecks in their supply chain that leads to issues such as food waste, Freijo suggests. 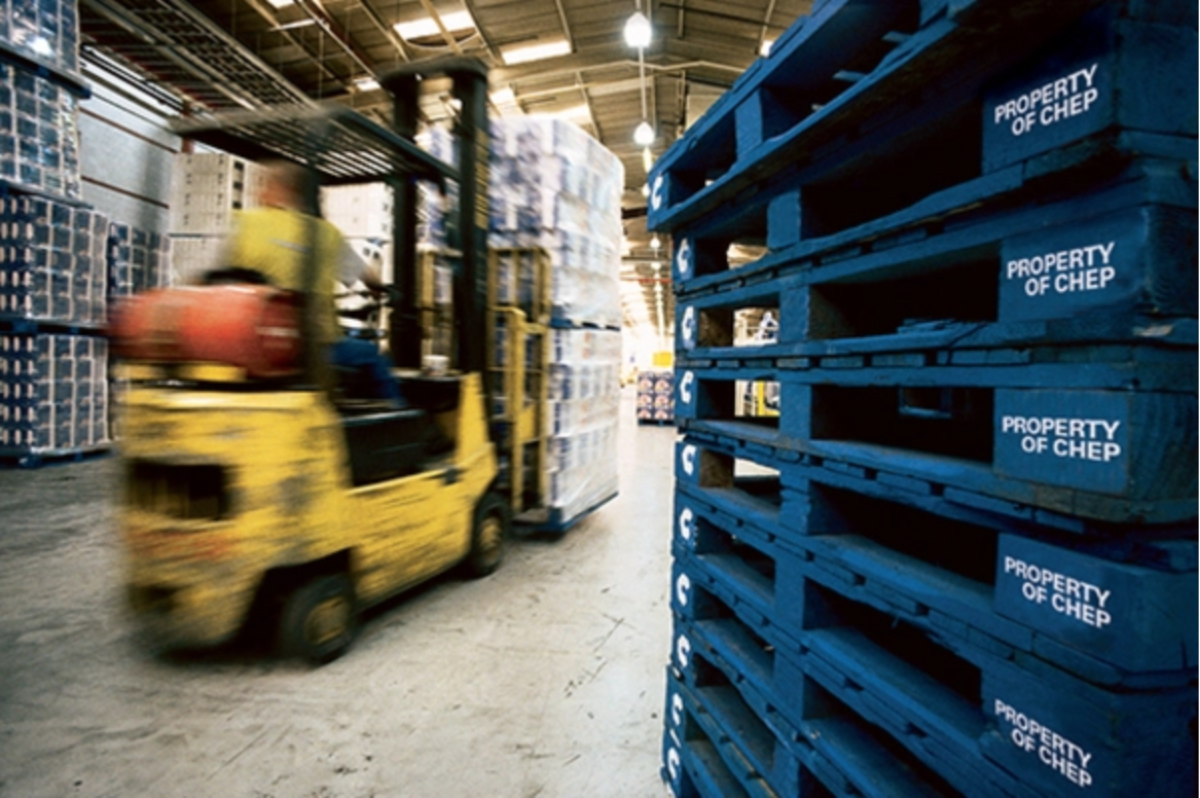 Across the strategy, CHEP is promoting its role as a purveyor of big data, and its position as a "neutral actor" in the supply chain. This privileged position, so Freijo argues, will help corporates develop the trust to try new ways of working. "You need trust and credibility," he says. "It has to do with building that credibility, being recognized as a neutral connector in the supply chain to enable those efficiencies."

But although it might sound like one, Zero Waste World is not a new CSR strategy for Brambles — it's a business plan. "It is an expansion of our business," Freijo confirms. "The commercialization will depend on the specific customer, but we believe there is value to unlock there."

He cites increasing industry demand for environmental solutions, from a replacement for single-use plastics to more resource-efficient supply chain, as indicators the scheme will be a success. But many of Brambles' clients are consumer-facing businesses — why should firms focus investment on "invisible" parts of the supply chain rather than those more prominent in a customer's mind, such as plastic packaging?

"Every business professional now understands that this is a supply chain problem," he says, arguing that companies are required to take action across the board, not just at the consumer-facing level. "We know it's not acceptable today if you do a small customer-facing thing but then don't take care of the big things that are happening down your whole value chain — you will be scrutinized."

We know it's not acceptable today if you do a small customer-facing thing but then don't take care of the big things that are happening down your whole value chain — you will be scrutinized.

Although Brambles' won't disclose the investment it's made in bringing Zero Waste World to market, there are signs it's a core focus for the firm. Earlier this year it sold its plastic reusable container supplier IFCO for $2.51 billion, with the intention of concentrating solely on growing CHEP's business.

There's no doubt that corporate interest in the circular economy is spiking. That's partly because businesses are concerned about the climate crisis, but also partly because companies have cottoned on to the fact that conserving resources and reducing inefficiencies means saving cash, Freijo argues.

And it's only a few months into Zero Waste World, but CHEP is already working with the likes of Unilever and Walmart Canada.

Brambles isn't promising it can make businesses circular. But it certainly thinks it has the tools to make supply chains more efficient, to reduce waste, and to cut transport miles. The scale of the market appetite for Zero Waste World remains to be seen, and there is no guarantee that corporates will be willing to collaborate with their rivals in the name of efficiency. But given CHEP has a rare bird's eye of the global supply chain, it might have spotted a business opportunity others may have missed.