The current design makes blades difficult to recycle, but innovators are experimenting with ways to repurpose them for things such as playgrounds or to make them from different materials that can be reused at end of life.

As the world ramps up renewable energy deployments, an uncomfortable truth is arising: The materials, manufacturing processes and disposal methods for clean technologies are creating their own issues.

In the U.S. alone, about 8,000 blades are expected to be removed this year. Most of those were installed more than a decade ago, when installations were less than a fifth of what they are now. In other words, this is a problem that is about to get a lot bigger.

The replacement of those turbines represents a perfect opportunity to take a look at wind energy and how circular principles can make the equipment even more environmentally friendly.

What to do with old blades?

While most wind turbine components, including steel, copper wire and electronics, can be recycled, the blades have bedeviled energy developers and waste management experts.

Primarily made from reinforced fiberglass composite, blades are difficult to crush or recycle. They’re massive — some are longer than a Boeing 747 wing — and they’re strong, built to withstand hurricane-force winds. The most common solution today is to cut blades down (using a diamond-encrusted industrial blade) and bury them in a mass blade grave.

The European Union, which has strict regulations about what can go into landfills, has turned to burning blades in power plants. This practice arguably makes an even larger environmental problem, as incineration emits greenhouse gases and air pollutants.

Burying the blades is relatively benign. They don’t leach into soils or emit other harmful chemicals, as other waste products can.

"This is the least problematic waste in terms of environmental concerns that we’ve ever gotten," said Cindie Langston, manager of the solid waste division for Casper, Wyoming, home to a blade graveyard. "We get tires, asbestos, contaminated soil, pretty nasty stuff."

But the practice is a conspicuous waste of materials and is at odds with sustainability ideals.

Getting better at recycling blades

In the current wind farm life cycle, there aren’t a lot of great options. Once blades are decommissioned, they could be reused, disposed of, or the materials could be recovered. 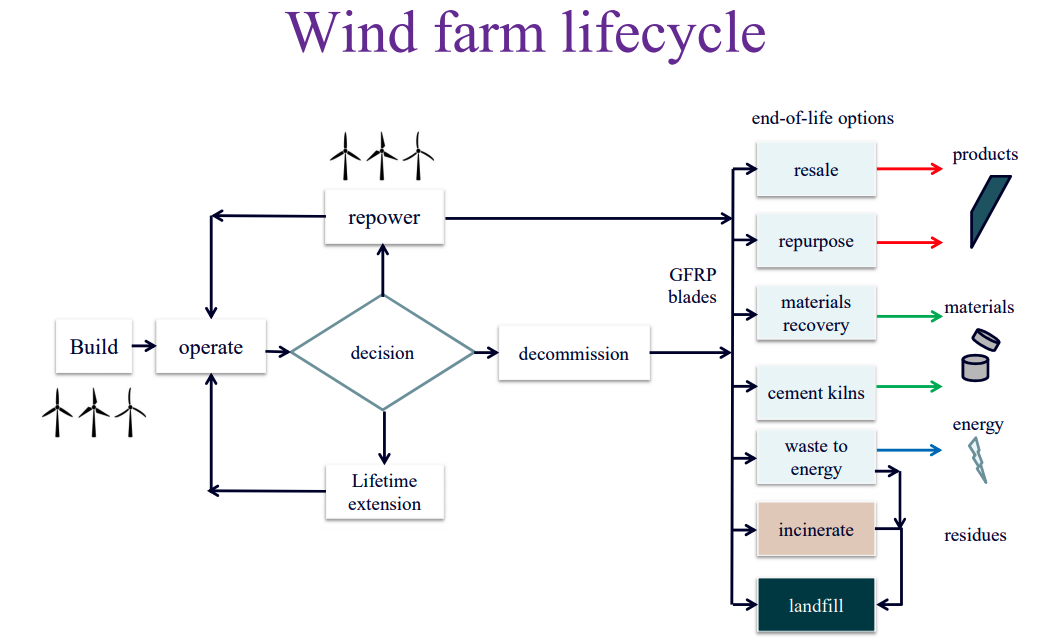 Momentum is building among the top wind developers to find easier ways to achieve that third option: material recovery.

Last week, Orsted announced it would "reuse, recycle or recover" all of its blades worldwide. With recycling options still elusive, Orsted said it will "temporarily store" its decommissioned blades while it explores options.

In December, GE Renewable Energy announced a multi-year agreement with Veolia North America for a first-of-its-kind blade recycling program. The scheme involves shredding blades at Veolia’s Missouri facility, then using the output as a raw material for cement. According to a company release, this process also could reduce the net emissions from cement production by a quarter.

Recognizing the need to address the challenge as an industry, 10 wind project partners launched a consortium at the start of the year called DecomBlades. Both Orsted and GE are members, as well as other companies in the value chain. The group is looking at three potential processes: shredding blades for cement, shredding blades for other products and separating composite materials.

The movement from these players in recent months reflects a growing pressure to address this issue, especially as renewable energy companies vie for green reputations.

Another strategy is to find new uses for old blades, repurposing them for pedestrian bridges and playgrounds. This strategy, supported by the American Wind Energy Association (AWEA), is attractive, as it would avoid additional industrial processes that could result in more greenhouse gases.

A presentation from the BladeUSA forum in 2019 outlines what some of these applications could be. Researchers from Georgia Tech imagine how blades could be used for roofs, power lines and bridges. 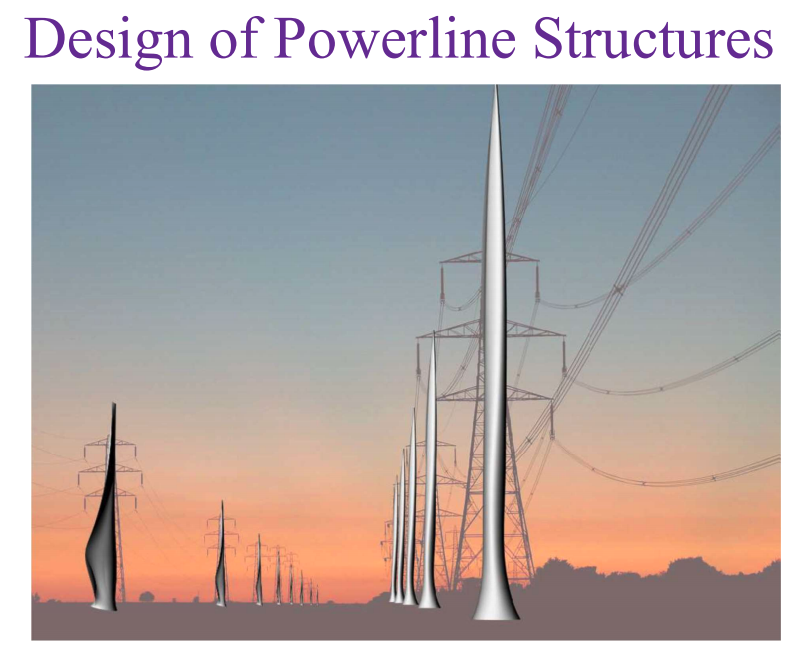 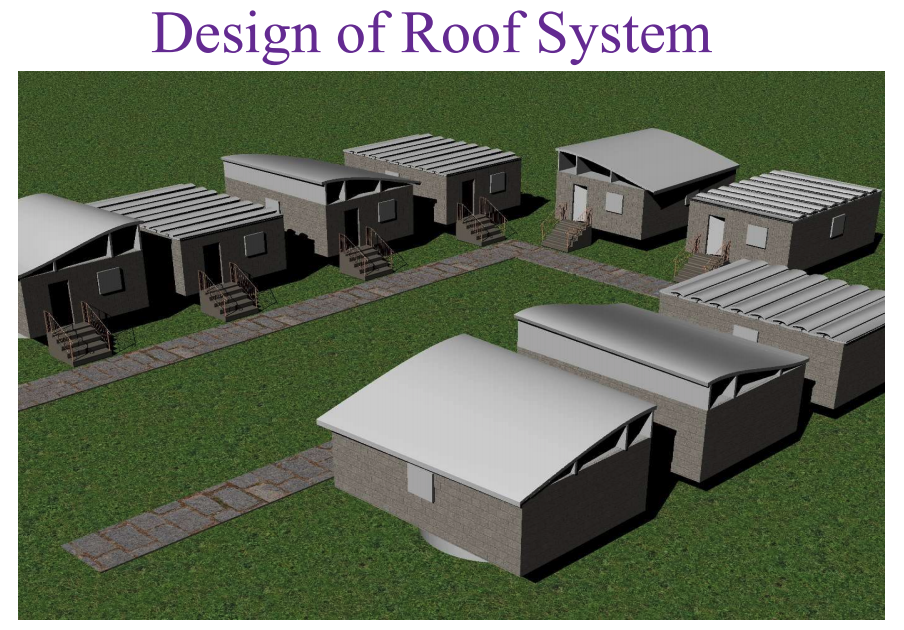 The downside of repurposing blades is the particular shape and size restricts the number of applications, and the rate of decommissioned blades likely would outstrip repurposed needs.

In November, the National Renewable Energy Laboratory (NREL) announced a thermoplastic composite blade that could be more easily recycled. As an added bonus, it also could be cheaper, two attributes that could accelerate growth of wind power.

It may take years to fully test the material to ensure it can withstand the outdoor elements for 30 years, but scientists working on the project call the development a "big step."

"I think that a lot of progress is going to be made on the recyclability of blades in the next year or two," said Daniel Laird, director of NREL’s wind technology center, to Scientific American.

The major difference between conventional blades and NREL’s technology is the chemical used to bond the materials. While conventional blades use a heat oven to give the blades their shape, strength and smoothness, NREL’s material can harden at room temperature. That means that at the end of a blade's life, the materials can be reclaimed by heating the epoxy into a liquid resin that can be reused.

This approach gets to the heart of a tenet of the circular economy: instead of just figuring out how to deal with the waste, reimagining the design can make a meaningful difference in the waste stream from the outset.

[Want more great analysis of the clean energy transition? Sign up for the Energy Weekly newsletter.]