An alternative to cardboard boxes for online shopping deliveries and reusable cups for cafés starred among the young products competing at Circularity 19.

Building the foundation for a circular economy involves reworking a multitude of systems, including existing large organizations, but it also requires supporting the earliest-stage innovations to get off the ground. To that end, a GreenBiz tradition that began in 2012 at its VERGE events, the Accelerate competition, was extended into the circularity space as part of the Circularity 19 plenary.

In Accelerate, a select group of startups delivers a 2.5-minute pitch to the plenary and online audiences — so far at VERGE, the program has involved more than 150 startups. The seven contestants that presented last week in Minneapolis represented business models specifically on products or services representative of circular economy principles. The audience voted to select a favorite; an expert panel also offered commentary about the presentations. In order of presentation, here's what the contenders had to offer last week at Circularity 19.

CFO Forrest Carroll explained that Revolv is a software platform for reusable items, such as coffee cups, food containers and bottles, with a goal of bringing about the end of single-use plastics, 90 percent of which end up in landfills or the environment. Revolv allows users to check-out cups or other containers, similarly to checking out a library book or a bike-share bike. The containers are fitted with RFID tags, and users pay an initial deposit, refunded when containers are deposited at a smart return station distributed around town. Later, Revolv collects and sanitizes all the cups and returns them to its café partners.  Revolv receives a 7-cent fee for each container borrowed. It has pilot centers around the world 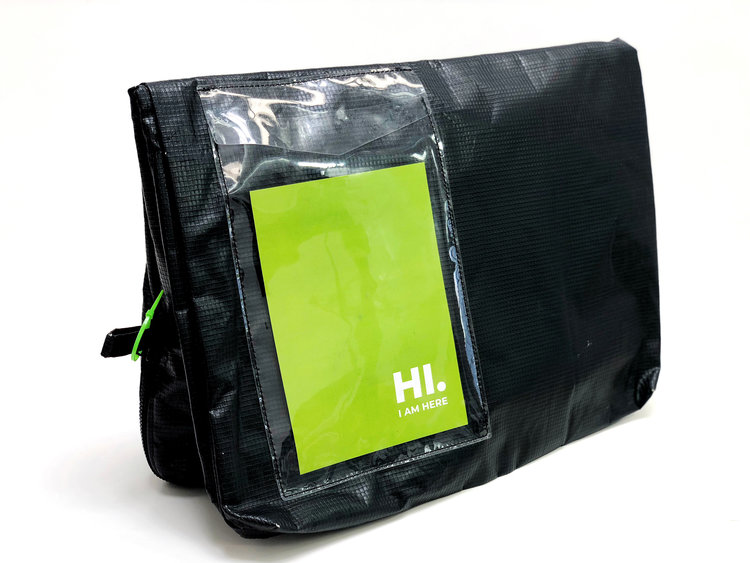 Lime Loop is a smart, returnable shipper made of durable, lightweight, waterproof billboard vinyl. When an item is received in a Lime Loop container, the customer unzips the pouch, removes the item, flips over the label to reveal a return label on the back and ships it back using standard carriers. "It’s as simple zip, flip, and ship." Each shipper can be reused 200 times. An online platform allows customers to track the shippers and the (lack of) environmental impact. It already has partnered with over 20 companies and diverted over 25,000 packages from landfill. Customers are seeing a 41 percent decrease in packaging cost and a 53 percent increase in customer engagement, CTO and co-founder Chantal Emmanuel said.

Tyton BioScience recognized that it's a big deal to recycle textiles in a world that uses twice as much clothing as it did 15 years ago, half of which, at least in the United States, will be in a landfill within a year. Its process takes cotton waste, polyester waste and cotton-poly blends and breaks them down into basic building blocks to be returned to the beginning of the supply chain. A water-based process separates the polyester from the cotton and breaks it into its chemical building blocks to make new virgin polyester fiber. The remaining, clean cotton also can be regenerated and reused in clothing. Peter Majeranowski, CEO and co-founder, said the company is working with some of the world’s largest brands to commercialize and scale its process.

"We can’t fix what we don’t know," CEO Matthieu de Gaudemar said. Kudoti provides data analytics to help attack the waste problem. Kudoti works with waste management companies to collect data across organizations. It monitors the collection, transportation and storage of waste in real time. This can reduce logistics costs and lead to a deeper understanding of issues and challenges and identify opportunities. Its vision extends to data-sharing between waste companies, empowering them to understand and address broader systemic challenges in a connected waste ecosystem.

Gibbon looked at the $210 billion of clothing that goes unsold each year and wondered if that might provide an opportunity to reduce both excess consumption and waste. It came up with an "on-the-go rental platform that connects excess inventory from retailers to travelers," CEO Joanna Chen described. Travelers can order the clothes online and have it delivered to them. Retailers can realize value from unsold goods. The initial launch of its "travel light revolution" will focus on the 46 million Asians that travel to Europe each year. 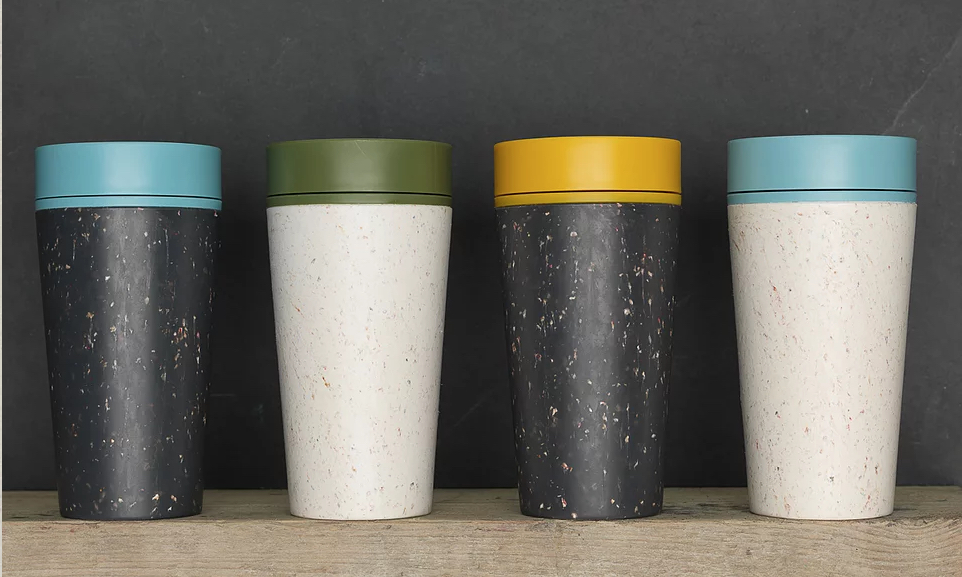 This company takes the approach of using culture and influencers as levers to encourage mainstream consumers to behave more sustainability without necessarily knowing it, founder and CEO Michael Martin said. Its way of doing that is by taking the roughly 4 billion cups that are not being recycled as massive crowds swarm out of concerts or sporting events each year and giving them added value by branding them with names and images of the performers or teams. It then collects deposits on these cups, which people can either reclaim when they return the cup or forfeit should they choose to keep the cup as a souvenir. Returned cups are sterilized for reuse. A no-deposit version, like 3D glasses at the movies, is also available. r.Cup takes care of logistics and inventory, including arranging drop-off locations. Martin says the company has worked with U2, Mumford & Sons and the Dave Matthews Band, with major sports team activations on deck, thus far keeping over a million single-use cups out of landfills.

Re-Nuble is attacking the food waste problem while at the same time contributing to the urban agriculture movement, as founder and CEO Tinia Pina explained. Its process allows it to recover nutrients from food waste that can’t go to food banks or farms, making them available to soil-less and hydroponic farms. It then turns that waste into locally sourced, sustainable, chemical-free pelletized fertilizers that can be sold at price parity to conventional mineral salts. Re-Nuble plans by year-end to deliver a device that will work with these pellets to provide a controlled delivery of organic nutrients that can be produced on-site.

The audience deliberated for a long time before casting votes. In the end, Lime Loop (which also won at VERGE last year) won by a considerable margin.