This article was adapted from the newsletter Circular Weekly, running Fridays. Subscribe here.

I’ve had enough of the disheartening and visceral — albeit effective — video of a sea turtle with a straw stuck up its nose. I’m also over the image of a seahorse with its delicate tail wrapped around a cotton swab. While capable of spurring notable online backlash and catalyzing some consumers to decline straws (which account for only 0.025 percent of the 8 million tons of plastic that flows into the ocean each year), doom and gloom has its limits.

There are two visual archetypes that I’ve noticed have become go-to imagery for telling the story of circularity. The first: marine wildlife tangled, surrounded and impaled by plastics pollution. In a word: destruction. The second: Life Magazine’s Throwaway Living or "The Graduate’s" classic "One word: Plastics" scene. The theme of knowing reflection on simpler times, with a pinch of moral righteousness.

These examples are used, and used again, in most circular economy presentations. No judgment or blame; they’re all we’ve had. However, circularity — like the broader discussion of climate change — needs a positive narrative to drive action.

San Francisco-based artist Ben Von Wong offers a third approach to telling the story of circularity, and his images and videos speak for themselves. Von Wong’s world combines photography and fantasy, bringing to life tedious stats about microfibers, e-waste and apparel through intricate design with an outsize impact.

The ones that I have found particularly effective with the younger demographic are those of shock and awe. Those come with a sense of wonder and discovery and an openness to learn.

"There are different emotions that are shareable online," Von Wong told me in a recent interview. "The ones that I have found particularly effective with the younger demographic are those of shock and awe. Those come with a sense of wonder and discovery and an openness to learn, whereas the ones of outrage — while they might work to get things shared — don’t really trigger a follow-through."

Case in point: While the viral video of the sea turtle has been viewed more than 35 million times, only a handful of companies and municipalities have enacted straw bans.

I first came across a project of Von Wong’s last year which was produced in partnership with Dell to highlight the company’s e-waste recycling program and answer the age-old question: "How do you convince people that recycling e-waste can be cool?" The result was a series of futuristic photographs capturing an otherworldly landscape that Von Wong and a team of 50 volunteers constructed using 4,100 pounds of e-waste, the approximate amount an American might use in a lifetime. 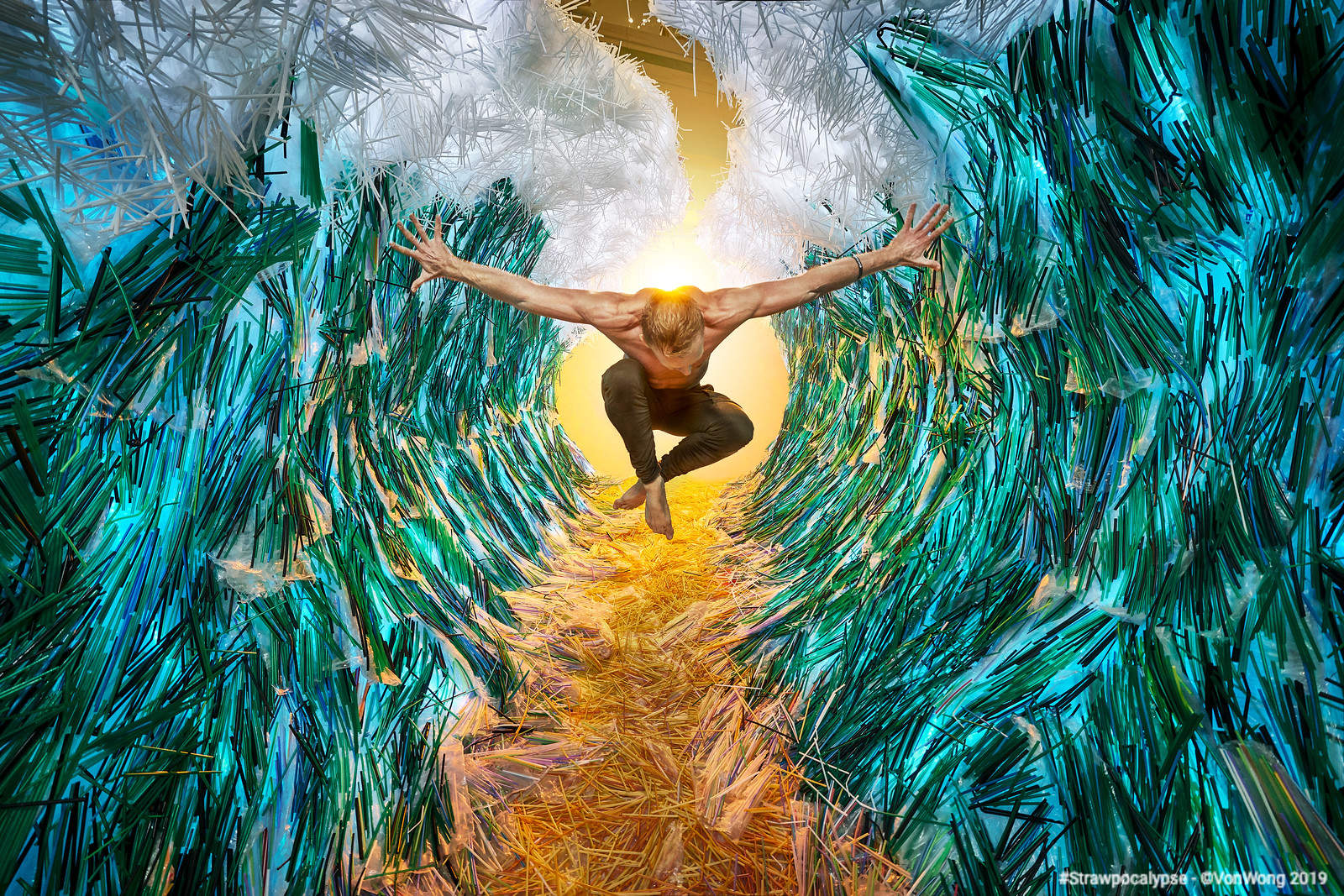 Earlier this year, Von Wong also built the world’s tallest closet in the Mall of Arabia in Cairo to physically showcase the scale of 3,000 garments: the average number of items an individual in a developed nation might wear over the course of their lifetime.

Von Wong’s advice for brands and burgeoning storytellers and working to visually convey complex issues? "Try to boil it down to a simple emotion, sentence or metaphor…Companies are so scared of losing control over their brand and so intent on sliding in all of these specific messages that the power of the story is often diluted," Von Wong told me.

"The greater opportunity lies in the people who will remember the story. Stop focusing on the breadth of impact — you can buy views as much as you want these days — but what about the depth of impact? How do you move people?"

Want to switch to reusable cups? Here’s how to get started

What Biden could do about plastics

There are no 'silver bullet' solutions to plastics

See all by Lauren Phipps