Kimberly-Clark and Johnson & Johnson are also among those joining with Geostellar to make solar more affordable and accessible.

Four years ago, Ali Ahmed explored buying a solar electric system for his brownstone home in downtown Cleveland. It didn’t work out.

“I ran the numbers at the time and they were horrible,” recalled Ahmed, senior manager of global energy management and sustainability at Cisco. “I kind of dismissed it because it wasn’t economically viable. It wasn’t in the ballpark.”

Now Ahmed is the proud owner of a brand new — and considerably more affordable — rooftop photovoltaic array. It was the first residential solar system sold through an innovative discount solar purchase program promoted by the World Wildlife Fund and managed by Geostellar.

Launched three weeks ago together with Cisco, 3M, Kimberly-Clark and the National Geographic Society, the Solar Community initiative is a new kind of employee benefits program. It leverages the bulk purchasing power of the participating companies’ collective workforce in the United States and Canada to offer employees a coast-to-coast home solar flat rate that is less than half the price of solar when Ahmed first considered a purchase four years ago.

That price — either $3.20 per installed watt for premium systems or $2.80 per watt for more standard equipment and installation — is on average 35 percent below the current average price in North America, according to participants.

Instead of paying around $40,000 for a 5-kilowatt array in 2009 or 2010, participants in the program have access to the same size of system today for $14,000 to $16,000. Geostellar, which signs up participants through its user-friendly online platform, also enables participants to access zero-money-down loans, leases or power purchase agreements.

“With the discount, I can really justify doing it today,” said Ahmed.

Off to a fast start

According to David Levine, Geostellar’s founder and chief executive, the program is beginning to spread its wings, even in the very short time since it was launched last month. “We’ve had 25 projects closed, installed or in the process of installation and we have another 300 in the pipeline,” he said. “We really weren’t expecting to get off to such a fast start.” 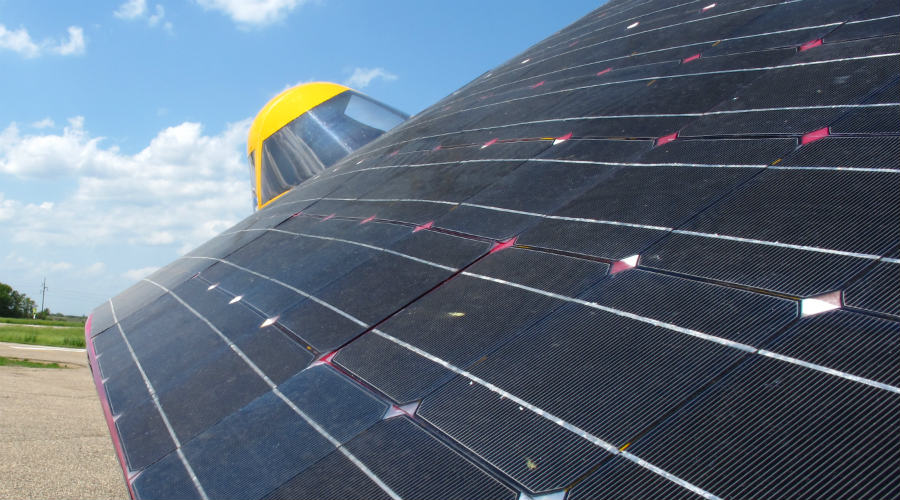 Keith Miller, a strategic advisor on sustainability at 3M, says the program could help to open up access to solar in state markets such as Minnesota. The North Star State is not among the top U.S. markets for solar, but 3M has about 15,000 employees there who can take advantage of the discount.

“We’ve had a great reaction to it,” said Miller. “We are really pleased with the uptake so far. A lot of employees are going online and getting quotes. It’s a significant discount.”

On top of offering reduced rates for solar for its employees, the program is part of 3M’s overall sustainability strategy, he added. “Renewable energy is one area that we really want to expand in. Involving and engaging employees [reflects] the really great culture at 3M around environmental stewardship.” The company manufactures components for some premium solar panels being used through the program, said Miller.

Solar discounts for everyone

But the program goes well beyond the employees of the current corporate members. Contractors, family and friends can also take advantage of the Solar Community initiative, multiplying the scale of the program from the hundreds of thousands into the millions. In fact, through the end of this year the discount is available to every homeowner in the United States under the special promotional code “solarmojo.”

“We decided we didn’t really want to leave anybody behind. We are really looking at how to leverage this channel to reduce the overall cost of solar,” explained Levine.

Although it is still in the early stages, the program is becoming exactly what WWF envisioned when the idea for the Solar Community initiative first began taking shape, says Bryn Baker, who manages the advocacy group’s climate change and renewable energy program.

“A year ago, we were taking a look at the biggest barriers for the deployment of solar in the market. And it seems to be acceptability and affordability, or at least the perception around affordability,” noted Baker. “It is interesting that nine out of 10 people support solar, they love solar. But 97 percent of people overestimate the cost of solar. So what we really wanted to do with this program is tackle those two barriers: make solar more affordable and more accessible.”

In doing so, the program builds on previous, more local bulk purchasing programs. “We said, ‘Why not take this national working with corporate employee bases that can really leverage purchasing power across a large number of people?’” she recalled. “The bigger trend is that innovative companies see this not only as a new employee perk, but also as a way to communicate in a much more powerful way what they as a company are doing for sustainability.”