<p>What happens when one of the world&rsquo;s greener, smarter cities meets the hyper-connected world? We&rsquo;re about to find out.</p>

What happens when one of the world’s greenest cities meets the hyper-connected world? We’re about to find out.

Last week, at its Silicon Valley headquarters, Cisco signed an agreement with the city of Amsterdam “to foster smarter and greener innovation” by working to shape the city as an “Internet of Everything ‘lighthouse city’” — one of Cisco's showcase metropolises. That may sound like a nice mash-up of corporate marketing and tech jargon, but something interesting and potentially important is going on here.

The “Internet of Everything” is Cisco’s branding for what most others call the Internet of Things, or IoT for short. By whatever name, it refers to the fast-growing network of physical objects accessed through the Internet — vehicles, buildings, thermostats, street lights, motors, sensors, smart meters, vending machines, parking meters, traffic signals and literally billions of other things. Estimates of the number of “things” that will be interconnected by 2020 range from 26 billion (Gartner) to 50 billion (Cisco). Whatever the number, it’s big.

Cities will be one principal locus of IoT activity, and companies such as Cisco see significant business opportunities in providing the vast range of technologies and services needed to create a truly connected city: the sensors, networks, communications, apps, dashboards, data standards, security, data analytics and many other things needed for all these “things” to connect and communicate effectively. Not to mention engaging the citizens and other stakeholders who have concerns about privacy, security and other matters.

Big business is at stake here. For example, smart city communications networks alone are slated to become a $3.5 billion global market by 2020, according to Navigant Research. That’s just one relatively small piece of the IoT puzzle.

Amsterdam long has been one of the world’s most environmentally progressive cities. With bicycles outnumbering cars — more than 60 percent of inner-city trips take place on two wheels — the city boasts a complex network of non-vehicle routes. (Here’s a fun video about Amsterdam and bikes.) The City Council's objective is to slash CO2 emissions 40 percent by 2025, compared against the 1990 baseline. The Netherland’s largest city is ranked fifth overall in Siemens European Green City Index, with high marks for waste, water and land use. 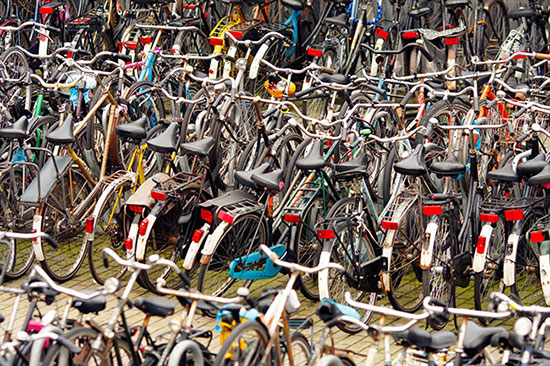 Amsterdam aims to be not just green, but smart, and it seems to understand the connection between those two terms. Twenty-five years ago, it was the first city in Europe to be connected to the Internet. It was also one of the first cities to appreciate the importance of extending fiber-optic connectivity to its residents and businesses. Today, the city is part of a collaboration with businesses, research institutions and citizens called Amsterdam Smart City, toward the goal of becoming one of the world’s most sustainable cities by 2040. The goal is to invest in capital and communication infrastructure in order to “fuel sustainable economic growth and a high quality of life, in combination with an efficient use of natural resources.”

The Cisco-Amsterdam tie-up is one part of that effort. The two have been working together on a variety of smart-city endeavors for about a decade, including citywide optical fiber to homes, a smart grid, and public telepresence capabilities.

Part of the new initiative is to create an open platform for city projects. About 60 percent of the projects are expected to come from global companies such as Cisco, 20 percent from local companies and the final 20 percent from local citizens, “because nobody understands life in Amsterdam better than the people who live there,” said Wim Elfrink, Cisco’s executive vice president of industry solutions and chief globalization officer.

The partnership — Elfrink calls it a “conglomerate” that includes other big companies — could help address a challenge: For all the talk about smart cities and public-private partnerships, creating sufficient progress to live up to the hype of the Internet of Things can be slow going.

“Everyone is talking about open data and many people see interesting perspectives, but it is not happening enough. This should help us as a driver,” Amsterdam’s mayor, Eberhard van der Laan, explained when I sat down with him at Cisco headquarters last week. 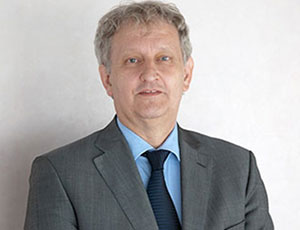 Even the mayor’s goals are modest. When I asked him the kind of progress he expected to see within two years, he talked about improving street lighting in a neighborhood in southeast Amsterdam. “In that district, a substantial part of it will have lights that only go on when there are people coming,” he explained. He expects to halve lighting energy costs but also provide better illumination and reduce crime. “In two years time, I hope to be able to give you the first statistics about the results.”

Amsterdam isn’t the first city to implement smart lighting as a gateway to a large smart-grid initiative. About 270 miles to the south, Paris is in the early stages of a 10-year effort to bring intelligence to a complex network of street lighting, traffic signals and related controls, part of an effort to upgrade Paris’ electricity grid and, like Amsterdam, turn Paris into a “smart city.”

“I think more and more cities are looking for what we call a killer app, an application that justifies the investment,” said Elfrink. “In Barcelona, it looks to be parking services. Paris has chosen lighting. That is one of the things we have to find out in the next six months: What are the unique Amsterdam problems?”

The benefits of all this connectedness goes beyond reducing energy use, explained van der Laan. For example, he says, there are opportunities for smart-city technology to promote the circular economy, another cornerstone of Amsterdam's vision of the 21st century smart city.

Take trash pick-ups, a public service near and dear to nearly every city resident. “One of the funny things about our city is that we have seven districts and many have their own way of getting the garbage of the households,” explained van der Laan. “One of the things we can achieve is that the data can tell us when it is necessary to pick it up. The data enables us to find a better organization to pick it up and get it in the right place."

Moreover, he says, the circular economy model means that household and other garbage are becoming valuable inputs for a variety of uses. "We are entering a phase in which the companies that burn it or work with trash are going to pay the citizens for the garbage," explained the mayor. "That enables us to do innovative things.”

It will take more than just technology. Elfrink and van der Laan explained that part of the just-announced partnership is to determine what new policies are needed, what can be deregulated and how to fund it all.

It’s also about changing mindsets, explained van der Laan, who spent 25 years as a lawyer before becoming mayor. “The idea of public-private partnerships started in the 1980s and huge mistakes were made, especially from the side of the government. We do it better now because it is in fact quite natural to work together as the private sector and the public sector. I mean, we no longer think it is bad when a company makes profit. And they don't think it is bad when we have certain regulations they should obey.”

That level of cooperation may now be second nature in Europe, but things don’t yet work quite so smoothly in other places, especially the United States. Perhaps the Cisco-Amsterdam partnership can show what’s possible when everyone has a clear and compelling vision of what the future can look like, and when everyone’s incentives are aligned.