Citibank: Clean energy will save $1.8 trillion

A number to remember: $44 trillion. It’s what Citibank estimates that climate change will cost the global economy by 2060 unless we take decisive steps to rein in greenhouse gas emissions.

To put the number in perspective, that is roughly the combined gross domestic products of the United States, China and the European Union.

The Citi researchers estimated in a recent report (PDF) what our energy-hungry world will spend on conventional power infrastructure and procurement over the next several decades. They then compared that with what it would cost to instead develop low-carbon energy sources to meet rising demand from especially developing nations.

Their conclusion: By transitioning to a clean energy economy, we will, in fact, save an estimated $1.8 trillion by 2040.

This number, of course, only tells part of the story. Investments in clean energy will bring an array of other benefits, not the least of which are new markets, industry growth and more jobs — all of which will fuel the economy and boost GDPs.

So why is the Citibank report important? Because it gives us numbers that can help us move the needle forward at a very critical time.

Clean vs. dirty energy: The numbers

A business-as-usual scenario where macroeconomics are driving demand for energy and fuel needs are driven by short-term planning would result in an energy bill for the world of $192 trillion over the next 25 years, Citibank estimated. That’s in addition to a mounting financial impact from climate change as greenhouse gas emissions continue to rise.

A very strong ‘Why would you not?’ argument begins to develop.

By comparison, investments in energy efficiency and renewable energy sources will cost the world an estimated $190.2 trillion. This scenario assumes that 34 percent of the world’s energy will come from renewables in 2040, up from less than 20 percent in 2014.

“The incremental costs of following a low-carbon path are in context limited and seem affordable,” the authors wrote. “The return on that investment is acceptable; moreover the likely avoided liabilities are enormous. …  A very strong ‘Why would you not?’ argument begins to develop.”

Citibank’s energy team is hopeful the world will move in the right direction, starting with the international climate talks in Paris in December.

Today’s momentum, they noted, is driven in no small part by investors turning away from fossil fuel assets to instead focus on new and promising opportunities in clean energy. 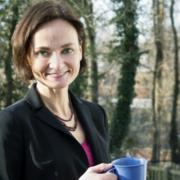 See all by Karin Rives