Cities and the rise of bottom-up climate action

The time for top-down environmental directives is changing and changing rapidly. Cities, rather than national or international bodies, are now at the forefront of sustainability planning.

Building on recent trends, with the increasing visibility of local government networks such as C40, Urban Sustainability Directors Network and the Rockefeller Foundation’s 100 Resilient Cities network, cities are seizing the moment and becoming important leaders for international climate action.

Cities were even formally recognized by the United Nations Framework Convention on Climate Change as "governmental stakeholders" in the global Paris climate talks this winter.

In the effort to advance federal and international agreements on emissions reductions, cities are stepping up to ensure that they do their part to both mitigate climate change and also prepare for projected climate impacts across a range of hazards. Droughts, energy supply interruptions, sea-level rise and heat waves are just a few looming threats.

There are many facets to "resilience," especially as cities are systems of systems. From water utility infrastructure to emergency operations centers, we are all dependent on reliable sources of energy to support critical operations.

Cities are systems of systems.

To better understand how the quest for local climate resilience actually plays out day to day, GreenBiz in late 2015 convened the second annual VERGE City Summit. The goal: bringing technology companies and local governments together in new and innovative ways to support city initiatives, including how public-private partnerships creatively can finance green, resilient projects.

It was clear during the event that cities are very concerned about the reliability of energy supply and distribution as the backbone to all that sustains modern life.

Key energy-related investments and projects are needed around day-to-day energy efficiency, as well as assessing the risks climate change poses to city infrastructure. Beyond that, some are already talking about developing a redundant energy supply using renewable resources such as solar, storage and microgrid systems.

A big question posed by attendees was related to how cities more effectively can harness the potential for new technologies while mitigating the risks — financial and otherwise — inherent in emerging technologies. Plus, how can cities better learn from each other and find the money to implement their priority projects?

There was consensus that money out there for cities, although it needs to be better guided to those seeking capital.

For example, there is great excitement around the state of California’s cap-and-trade auction revenues as an opportunity to fund climate-related projects. Still, the state’s investment plans continue to filter funds down to cities in very piecemeal fashion; how do we ensure it is coordinated?

Even at the federal level, President Barack Obama has pledged $160 million to develop "smart cities" projects orchestrated by a number of federal agencies and organizations. Ensuring that those resources translate to the local level must be a priority.

One leading financial institution also reiterated that banks and financial institutions are very interested in investing in cities, and that there is capital available. But with so much technology out there, how do cities parse through the range of options to optimize the benefits to their communities?

Bob Beinstein of the Institute for Sustainable Infrastructure shared his thoughts on how to create value in sustainable city work, based on the following four actions:

Cities are also increasingly empowered by new financial instruments, such as green bonds, which have gained a lot of attention recently because of high profile projects by the state of Massachusetts and the DC Water and Sewer Authority.

While there appears to be pent up demand among sustainable fund investors for green bonds, pricing benefits in the form of lower interest rates are not being seen by cities. The main benefits are related to expanding the pool of potential investors in a city’s projects, particularly for those cities without a strong reputation for being green.

At the end of the day, advancing city climate initiatives requires bringing together finance and sustainability staff at cities to work together more effectively.

Ultimately, however, cities spend a lot of time analyzing the costs of action. We need to start looking at the costs of inaction to help city stakeholders, elected officials, businesses and residents understand and communicate the cost of doing nothing. 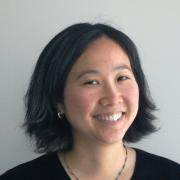 See all by Betty Seto