Cities must repave the 'last mile' of public transit

We are all pedestrians. Even if a car is your primary means of transportation, you are a pedestrian from the moment you park your vehicle and walk to your destination. This is also true if you use the bus, subway or bicycle.

But if that’s the case, why aren’t cities more walkable? The lack of attention and funds for pedestrian infrastructure in many places stems from political, economic and cultural challenges. It also stems from how we think of mobility.

Much of the time when cities study foot traffic, they consider only journeys completed entirely on foot. With this measure, governments decide if pedestrian infrastructure should receive funding. But such trips aren’t the only pedestrian journeys in a city. Many people walk long distances to or from bus or subway stations. These trips to and from public transit are called "last mile" trips, and are arguably one of the most important for pedestrians and the smooth functioning of public transit systems.

Ignoring last-mile connectivity can create a destructive cycle for a public transit system, as fewer riders use the service and fewer resources are invested in it. Paying closer attention can boost ridership and investment in surprising ways.

Security, or perceived security, while walking or cycling to a station can determine a person’s willingness to use the service in the future. For example, a person may not feel comfortable walking even 100 meters if next to a highway that allows high-speed travel. However, a person may be willing to walk or bike much further if along a well paved, tree-lined route with sufficient lighting.

A survey last year by the Washington Metropolitan Area Transit Authority sought to demonstrate the benefits of investments in improving pedestrian access to subway stations. In a sample of 62 projects that received "relatively small" investments totaling $13 million, the study concluded a return of more than $24 million over 30 years. Improvements in bicycle infrastructure were calculated from an analysis of accident data.

Ignoring last-mile connectivity can create a destructive cycle for a public transit system.

The implementation of 141 bicycle projects is estimated to have prevented 84 accidents per year in the area surrounding the six surveyed stations. When calculating the average expenses associated with injuries and damage caused by bicycle accidents, the study estimated the changes saved some $11 million.

"Improving station access for walkers and cyclists not only makes Metro more attractive to those who currently live and work within walking and biking distance from each station, but helps promote ridership from new growth as it comes on line near Metro stations. Together, by better connecting both existing and future land uses, relatively small investments can have lasting financial benefits for Metro, its funders, and the region," the report states.

The research also points out that improving access to stations on foot was directly linked to an increase in the system’s revenue. "Improving bicycle and pedestrian access to Metrorail stations helps stabilize rail ridership and reduce growth in public subsidy to Metro," it says.

Good infrastructure planning for pedestrians is a key factor in sustainable mobility. As cities build and expand their transportation systems, there is a growing need for integrated planning, implementation and evaluation of projects that can take into account the many ways pedestrians interact with a city’s transport systems.

"Acessos Seguros," by WRI Brasil, for example, provides guidelines on how to address the need for improved accessibility around public transit stations, taking into account the unique characteristics of each location. These factors many range from the number of people the system needs to accommodate to land use and historical and environmental characteristics. "The 8 Principles of the Sidewalk," meanwhile, shows that sidewalks can and should be much more than a paved path, helping people move safely and quickly through cities.

Cities must understand that urban design affects the way society behaves. Recognizing the advantages of foot traffic and the effect investments in pedestrian infrastructure can have on mass transit is the first step toward holistic planning that centers around people. 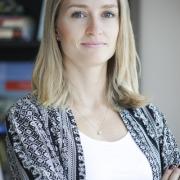 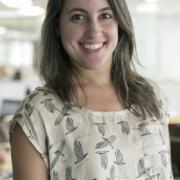 See all by Paula Santos