What do leaders in the banking industry think about the potential of privately financing solar power, wind energy and energy efficiency? In this interview with Clean Energy Finance Forum, Michael Eckhart, managing director and global head of finance and sustainability at Citigroup, shares his optimism about the transition to clean energy and his observations about the persistent obstacles in the market — including the need to scale up financing for energy efficiency.

Citigroup has participated in public-private efforts helping to catalyze advancement in this arena. Eckhart describes progress in the context of a 100-year transition toward a clean energy economy. Developments in standardization and securitization hold tremendous potential for moving the industry forward.

Clean Energy Finance Forum: Do you believe the private sector is underinvesting in clean energy and energy efficiency? If so, why?

Eckhart: No, not underinvesting. The private sector invests in those projects that meet the criteria for financing. There is always a balance between providers of capital and projects needing capital. While planning and allocation through annual budgets are at work in the public sector, in the private sector there is a market mechanism allocating money to clean energy projects. The market is working well.

CEFF: The assessment that the market is working in this area seems to assume that the data informing assessments of risk and return accurately forecast the expected performance of the projects. What is your perception of the quality of the data being used to inform private-sector lending for clean energy?

Eckhart: Deals are done, one by one, on their merits. Bankers and financiers work to understand and manage risk and price financing accordingly based on the risk of the project delivering the expected rate of return. Investment and loan committees are formed to do just this.

In the last five years, the clean and renewable energy industries have demonstrated with solid evidence what their risk profiles are. You have, for example, several years of operating history for wind farms. Solar is younger, but getting there. We do have evidence wind farms have been underperforming and solar projects have been over-performing against their projections.

These industries are providing the historical information that capital markets require to invest. In the last 15 months, Citi and other banks have launched IPOs for new entities called yieldcos, which are publicly traded entities that own operating assets such as wind farms.

Demand for shares in these yieldcos has been very high and actually brought yields down from starting points of approximately 6 percent to 3 percent. The market, the aggregate voice of all buyers of shares, is indicating these companies to be low-risk and buyers are willing to accept a lower yield to own shares.

It would not have been possible to place a yieldco five years ago, but now at least five companies have done large yieldcos in the several-hundred-million- to 1-billion-dollar range. Most were for operating assets. Project by project, to an increasing degree, renewable energy is meeting the requirements of capital market investors. There is scale.

On a smaller scale, Citi has done energy efficiency financial packaging instruments and in all cases they have been public-private partnerships. For example, in Delaware we helped issue a $60 million energy efficiency bond that took three years of work to prepare. In Pennsylvania, we helped establish the Warehouse for Energy Efficiency Loans with Renewable Funding. In New York, we helped create an energy efficiency loan warehouse with NYSERDA. There is innovation in this field, so perhaps we will see scale-up soon.

CEFF: What recommendations do you have for moving the industry into a position that is attractive to capital markets?

Eckhart: Common documentation is essential. Here is an example from my previous experience: after founding the American Council on Renewable Energy, one of our first steps was to create a joint committee on renewable energy law with American Bar Association to draft a national standard renewable energy credit (REC) trading contract.

At the time, there was an expectation of a national renewable portfolio standard and we wanted the ability for RECs to be traded nationally. We made a sample contract freely available on the ABA website, which led to wide adoption. The nation is now using more or less one contract for intrastate REC trading, which means we are in a good position for interstate trading when the time comes.

The energy efficiency industry has been built for decades on the local and regional Energy Services Company (ESCO) model and not with the idea of securitization and reaching capital markets. The solar photovoltaic industry started a little like ESCOs, but within just a few years, it evolved toward standardization of contracts.

This transition was aided by the Solar Access to Private Capital program funded by the United States Department of Energy and run by the National Renewable Energy Laboratory with John Joshi and Michael Mendelsohn as leads. Private entities like SolarCity, Sungevity, Sunrun and others made significant contributions by sharing their proprietary documentation. Recently, SolarCity completed three securitizations.

The energy efficiency industry must start discussing securitization more seriously. In the meantime, we are seeing some progress from state green banks and similar agencies stepping in to address why energy efficiency financing doesn’t meet the needs and criteria of capital markets.

CEFF: Speaking of green banks, the New York Green Bank announced its first round of deals late last year. From your private-sector perspective, how would you describe the value and early performance of such banks?

Eckhart: I am very optimistic they will perform well — and with good reason. There is a substantial number of energy projects needing a bit of both public and private funding. The green bank is an instrument through which governments can engage the private sector and implement financing across those boundaries.

The New York Green Bank leadership includes two top people who were both bankers: president Alfred Griffin and New York’s chairman of energy and finance, Richard Kauffman. Alfred has been a transaction professional with 15 years of experience in structured finance. Whether the solution is providing an insurance wrap on a bond, loan loss reserves, or subordinated debt, they are spotting the gap and filling it.

That approach is just what is needed. I think they will get projects done, create jobs, and get good leverage on public-sector dollars. In Connecticut, the Clean Energy Finance and Investment Authority launched with more government and programmatic expertise, but is building a team of finance professionals and is evolving quickly to meet its goals.

CEFF: In light of your optimism, what do you see as the role of the private sector in supporting the success of green banks?

Eckhart: We have to find ways to work together on project after project.

CEFF: Sitting in New York, what do you make of New York City’s recent announcement to overhaul energy efficiency standards for public buildings?

Eckhart: I believe they are serious about the initiatives and have short-term and long-term strategies with aggressive goals.

New York City can affect the energy efficiency performance of its buildings and is establishing the needed pieces of the puzzle: regulatory standards for buildings, technical assistance for real estate developers, and financing institutions, perhaps like the New York Green Bank.

One important impact is that New York City has become a leading city in the world working on this issue. Through the C40 group, many cities are watching. This is an excellent demonstration project.

CEFF: In your career, you have worked across the spectrum on renewable energy and finance. What is your assessment of where we stand now?

Eckhart: I think we are 40 years into a 100-year transition to a clean energy economy. The momentum is going in our favor and we are succeeding.

From the Public Utility Regulatory Policies Act paving the way for independent power producers, to feed-in tariffs, the Production Tax Credit and Renewable Portfolio Standards, I feel good about the policies I and my colleagues in the United States and around the world have worked to implement.

More recently, green bonds, securitization and yieldcos are all connecting clean energy projects to capital markets. With four decades of technological progress and two decades of smart development of energy policies and incentives, we are finally arriving. We are getting there. 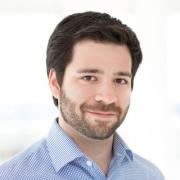 See all by Anthony Clark