Bike-sharing and dockless bike ventures are spreading as more people get around on two wheels. Cyclists, planners, environmentalists and others are excited to see these initiatives thrive.

At the same time, there are reasons for concern. Nearly 800 American cyclists died in 2017 after being hit by cars or trucks. Those fatalities were up 25 percent from 2010, according to the National Highway Traffic Safety Administration.

I’ve learned two things from accidentally becoming a bike lane expert through my research on community engagement. Transportation experts and bike enthusiasts agree that building more protected bike lanes, which physically separate motorized vehicle and bike traffic with planters, curbs, parked cars or posts, are a good way to reduce some of these risks. And it looks as if crowdfunding, raising money collectively and online, helps ensure that local communities will welcome this infrastructure.

There are nearly 550 U.S. protected bike lanes, most of them built since 2013. Not everyone is cheering, though. Many communities have rejected the new lanes, due to hostility toward cycling and cyclists known as bikelash.

Consider what occurred with the four-block-long Folsom Street protected bicycle lane in Boulder, Colorado. Even though the city of more than 100,000 people is among the nation’s most bike-friendly, residents objected to the project over the heavier traffic it caused and shortcomings in the public comment process.

The opposition grew so strong that the authorities felt compelled to dismantle it only 11 weeks after it was built. 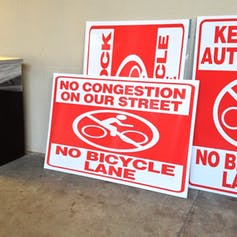 I’ve found that many places that have avoided bikelash as they roll out new protected bike lanes have something in common: a creative approach to cultivating public support. Instead of encouraging residents to attend public meetings, city officials and local civic groups are meeting community members where they live and work.

Civic crowdfunding has become a popular approach for engaging communities affected by local infrastructure projects, including protected bike lanes. It’s a good way for local governments to choose where relatively low-cost but potentially controversial infrastructure belongs. Going this route means that the authorities can back projects that already have attracted some dollars and public support.

Also known as community-focused crowdfunding or hyperlocal crowdfunding, it allows community organizations to raise funds for local infrastructure projects from residents and community members. This approach has helped to build neighborhood parks, community centers and protected bike lanes for the past decade.

The practice took off when ioby.org — the first civic crowdfunding platform — launched in 2009. Since then, the thousands of civic crowdfunding campaigns launched around the world on that platform and similar ones such as Patronicity.com and Spacehive.com have raised over $50 million, according to my calculations.

During a four-year study of civic crowdfunding, I found that this collective fundraising technique has been used to support projects such as protected bike lanes in non-monetary ways, such as building consensus. This is often a primary motivation for starting the campaign. The buy-in that crowdfunding brings about often proves far more valuable than any help paying the tab.

This happens because community organizations engage community members around the project. They convene discussions about the project in public spaces and at local businesses. During these events, nearby residents become acquainted with the proposed plans and voice their concerns before it’s too late to change course.

Instead of holding a short public comment period, community organizations engaged residents and business owners early in the design process. This made a huge difference. The Downtown Denver Partnership, a local business group, initiated the project based on what it had heard from business leaders. To build on this public support, it launched a crowdfunding campaign to cover $35,000 of the design costs.

As part of this effort, the group engaged local businesses and residents about the Arapahoe protected bike lane. This allowed the community to debate the project’s design and impacts. The group worked with city officials to redesign parts of the project to address the concerns that surfaced, such as parking spot removals and access routes. This consensus-building exercise seems to have staved off bikelash so far.

People who live nearby have championed Denver’s protected bike lanes, often alerting city officials to any issues that arise, such as parked cars intruding into the lanes or damaged posts.

Similar civic crowdfunding strategies have worked in various Michigan locales and Los Angeles. In these cases, government officials have launched these initiatives to rally support for local infrastructure projects.

But does this strategy have built-in equity issues?

After all, you might assume that only rich people can crowdfund infrastructure or that these projects only will take off in wealthy areas. So far, that does not appear to be the case. Civic crowdfunding tends to pay for only a small portion of what’s needed, raising less than 5 percent of the budget for projects such as protected bicycle lanes.

In Memphis, for example, crowdfunding raised nearly $70,000 for a protected bike lane. That covered only 1 percent of total project costs of the 2013 project, which served one of the city’s lowest-income neighborhoods. The crowdfunded dollars helped rally community support and attracted even more money for the project.

Letting communities vote with their dollars isn’t just about budgets. It is much more about letting local residents and businesses know early on about the project and allowing them to participate in a meaningful way. 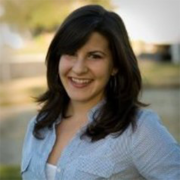 See all by Kate Gasparro