A Clarion Call to Insurers

The insurance industry should view two recent climate change stories of significance as a clarion call to action.

First, the U.S. Global Change Research Program (USGCRP) released a new report June 16 entitled “Global Climate Change Impacts in the United States.” (PDF) This study, the most comprehensive report to date on the impacts of climate change, is written in plain language and provides specifics of the climate change impacts already occurring in the U.S., as well as those that will emerge or grow more intense if serious action to reduce greenhouse gases does not begin quickly.

The key findings include:

Furthermore, future impacts depend on the choices individuals, communities and companies make today about reducing greenhouse gases. Without substantive action very soon, the U.S. could see average inland temperatures rise as much as 9 to 11 degrees by 2090, or floods in lower Manhattan and other low lying areas along the east and gulf coasts. Sewer systems could be overwhelmed from heavy run-off, while structures may need to be relocated out of harm’s way.

The USGCRP report leaves no doubt that human-induced climate change is happening and that “relatively large and sustained changes of many aspects of climate are projected by the middle of the century, with even larger changes by the end of this century.”  Furthermore, the report states, “earlier cuts in emissions would significantly reduce the pace and the overall amount of climate change.”

Such a frank assessment should cause insurers and reinsurers to take climate change seriously.  It is a warning: The certainty expressed in the USGCRP report could be theoretically used in a U.S. court to hold parties responsible because they should have known about the dangers of climate change and its impacts, also known as constructive knowledge.

This is possible because the USGCRP report is a synthesis of all the most recent research and was produced under U.S. law by a collection of scientists at 13 government agencies after extensive scientific and public review. Widely available to the public, it states categorically that “clear and compelling scientific evidence supports the case for a pronounced human influence on global climate.”

The “I didn’t know my carbon-intensive activities were dangerous because the science is not settled” defense may have just disappeared.

Beginning June 16, companies that don’t begin taking action to reduce their greenhouse gas emissions could well be held liable for their activities. Such an outcome would create a substantial demand for insurers to provide risk management services and insurance solutions to help clients deal with this issue.  Those insurers that don’t quickly gear up will be dangerously behind the curve. In addition, many casualty and professional liability insurance policies could now be at risk of loss -- a dividing line will have been established and a clear warning provided.

Nevertheless, a defendant’s direct or imputed knowledge of the dangers of climate change and the potential impacts is only part of what is needed by a plaintiff in a court action.  The damaged party must prove a link between a release of greenhouse gas emissions and a specific amount of damage. So far, however, establishing a direct connection between emissions and quantifiable damage is currently an overwhelming legal hurdle.

This brings us to the next significant climate change story, probably universally overlooked but nevertheless potentially enormous in its implications for the insurance industry. Damon Matthews, a professor of geography, planning and the environment at Concordia University in Montreal, and colleagues at several other universities announced in a June 11 Nature article that they have found a direct linear relationship between carbon dioxide emissions and global warming.

Professor Matthews and his team’s research indicates that despite the complexities of the climate, atmosphere, and temperature, “each emission of carbon dioxide results in the same global temperature increase, regardless of when or over what period of time the emission occurs.” Based on these findings it should be possible for “people to make a robust estimate of their contribution to global warming based simply on total carbon dioxide emissions.”  It shouldn’t be too difficult then to develop a model to approximate the contribution of those emissions to observable damage.

Obviously, it is too early to tell what kind of impact these findings will have, but it is significant that such a claim of a linear relationship between CO2 emissions and global warming has been confirmed and that a process is underway to test its validity.  Establishing this relationship means it could be just a matter of time before lawyers begin filing lawsuits on behalf of plaintiffs who have experienced loss or damage reasonably connected to the impacts of climate change as outlined in the USGCRP report.

This will be a major problem for insurers and reinsurers and provides further evidence for why the industry can’t wait any longer to seriously address climate change. 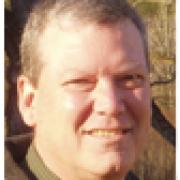 Insurers and Climate Change: Too Blind to See?

Are Insurers Missing the Boat on Climate Change?

See all by Sandy Hauserman