Wednesday saw an opening plenary at the COP16 climate change negotiations in Cancun, where the Clean Development Mechanism Executive Board (CDM EB) reported on its performance in 2010.

Various countries welcomed the improvements but called for further reforms in the program, which allows developed countries to offset their emissions through projects in developing countries under the Kyoto Protocol. These reforms include enhanced communication, more transparency, shorter wait times for registration and issuance, and better baseline and monitoring methodologies.

Now fast forward to Thursday and the start of the main negotiating track for providing guidance to the CDM EB on their focus in 2011 and beyond. Given the first contact group on this issue was an open meeting, most people with any kind of interest in the CDM were present.

Input from the plenary session served as a starting point for the list of discussion topics, along with CDM EB’s own recommendations from its 2010 annual report. At first glance the list of areas for further debate looked pretty comprehensive, and if they survive the negotiation process they could build on some of the recent process improvements which the EB has delivered.

With the end of the first week nearly upon us, the general feeling is that many of the countries involved are not willing to compromise on issues and that there is still a lot of uncertainty as to what the parties are negotiating towards.

The pressure is building as we move towards the second week of the climate change negotiations, particularly on the Mexican presidency to get movement on some issues in order to deliver something meaningful. At this moment everyone is still hopeful that something could be achieved but what it may take to achieve this hasn’t really been identified yet. 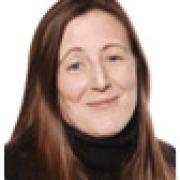 Can We Call the Cancun Agreements a Success?

Have We Reached the Turning Point in the COP16 Negotiations?

See all by Rachel Mountain