As policymakers mull measures to accelerate an economic recovery and invest in long-term infrastructure needs, policy should center on tackling the financing barriers to ingenuity and entrepreneurship.

Energy sector innovation and broader efforts to address climate change should resemble the best of the tech startups in the United States: fast; disruptive; exciting; and good for consumers. But the complexity of building and distributing hundreds of megawatts of power isn’t the same as downloading a new app on your phone.

Disjointed regulatory policies, incumbency advantages and limited financing options previously have stymied the adoption of cutting-edge, first-of-a-kind energy technologies. As policymakers mull measures to accelerate an economic recovery and invest in the country’s long-term infrastructure needs, policy should center on tackling the barriers to American ingenuity and entrepreneurship.

The financing landscape is particularly complicated. In the 2000s, there was an influx of cleantech venture capital investment, but the combination of the financial crisis, the rise of cheap natural gas and high-profile company failures dried it up. From 2011 to 2017, cleantech venture deal value declined by more than 40 percent.

Today, that paradigm is changing. Climate-relevant opportunities have investors’ attention, and the venture capital spigot has turned back on. Global venture capital and private equity investments in clean energy exceeded $10 billion in 2019 — the highest since the 2008 global financial crisis — but expect significantly more in the coming decades. A confluence of factors are reinvigorating investor interest.

Environmental, social and governance (ESG) criteria are increasingly in demand, reshaping finance toward business that prioritizes sustainability. Morgan Stanley became the first U.S. bank to include emission impact in its investment disclosures. Household names such as Google, Amazon, Shell and Unilever have made net-zero carbon emission commitments.

And in Washington, D.C., both Republican and Democratic policymakers have called for ambitious, if different, policies to drive to a lower-emission future. A common theme of these developments is that technological breakthroughs are necessary to achieve those goals.

A significant influx of public and private resources is essential to effectively meet the emissions reduction goals that both the government and the private sector are pledging. The International Energy Agency (IEA) recently published a sobering new report on the technological innovation needed to achieve the emission reductions necessary to limit global temperature rise below 2 degrees Celsius.

These innovation challenges are daunting. Targeted research, development and demonstration (RD&D) alone can require billions in investment, and the commercial scale-up of those new technology solutions will require billions more.

The public sector, which globally only accounted for $20 billion of innovation investment in 2019, is incapable of meeting these challenges on its own. Instead of nonsensical trillion-dollar proposals for the government to fund it all, innovative new policy constructs that make cleantech more attractive and unleash entrepreneurs is a more realistic, feasible solution.

While federal policy efforts materialize, a handful of innovative venture capital structures are emerging, specifically focused on accelerating emissions reductions and fostering disruption. Make no mistake, these entrepreneurs are still focused on yielding returns for their investors, but they are looking at the investment landscape differently from the typical venture capital firm — through upending the status quo and lowering emissions.

Breakthrough Energy Ventures, a coalition of 20-plus high net worth individuals corralled by Bill Gates, pooled together more than $1 billion to link government-funded research and development to more patient- and risk-tolerant capital. Their investments to date are yielding results, and their portfolio ranges from the potentially game-changing, low-carbon steel producing company Boston Metal to innovative geothermal company Fervo Energy.

Microsoft’s launch of its $1 plus billion Climate Innovation Fund looks to address a different gap: the financing of initial deployment. The fund will derisk yet-to-be demonstrated technologies by providing capital to their first wave of commercial projects.

And a consortium of the largest oil and gas companies — the Oil and Gas Climate Initiative — have pooled over $1 billion to jointly catalyze a suite of technologies to decarbonize their operations, other industrials and commercial transport, such as low-carbon cement startup Solidia Technologies.

It’s not just Fortune 500s and high net worth individuals such as Gates, Quibi CEO Meg Whitman and Salesforce CEO Marc Benioff tackling the technology challenges laid out by the IEA. Another wave of innovative funds is steering significant dollars to impactful cleantech opportunities in new ways.

Prime’s structure raises capital from grant-making organizations through finance mechanisms such as "program-related investment" and recoverable grants, in addition to aligned foundations and family offices. Then, Prime screens the companies through a carbon-reduction potential lens with an eye towards embracing some risks that might not yet appeal to traditional venture capitalists.

These efforts are seizing on immense opportunities that traditional financial sector entities are missing. They are tackling some tough engineering and scientific challenges facing society.

Identifying new ways such as RD&D, tax and regulatory policies that incentivize financial markets to invest more into hard to abate sectors is an often overlooked piece of the clean energy puzzle. Substantial progress was made last Congress when policymakers reformed the 45Q carbon capture tax incentive, rightsized NRC regulation for advanced reactors and refocused on federal scientific research programs.

Achieving deep emissions cuts over the next 30 years won't be easy, but better policy will lead to larger and more focused investment, and that will improve our chances of success. 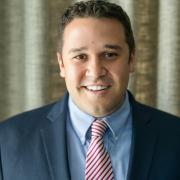 See all by Jeremy Harrell