Well, day two started with the softly treading Obama administration being handed a big stick. Most of the media outlets carried the statement released yesterday by the U.S. Environmental Protection Agency (EPA), which concluded that greenhouse gases (GHGs) officially threatened public health and that science overwhelmingly shows that GHGs are at unprecedented levels due to human activity.

This could mean that, if it chose to, the U.S. EPA could regulate GHG emissions within the U.S. if, for instance, this hasn't already been covered by a federal cap and trade scheme like the one currently being considered by Congress.

So now that the climate change science debate has successfully been put to bed we can get on with the important job at hand...reaching an international agreement on climate change?

Tuesday is really when the hard work starts. Over the next few days negotiators will have their work cut out adhering to an ambitious timetable that will ideally see the various working groups' feedback their results, paving the way for the higher level negotiations next week, when an impressive 110 official heads of state (one of which is President Barack Obama) arrive to try and seal a deal.

According to Yvo De Boer's visual "Christmas cake" analogy given in the opening plenary session, there are three layers to this negotiation: The bottom layer will be delivering on the Bali Action Plan, the second layer will consist of agreeing to emissions targets and finance, and the icing on the cake would be agreeing to a shared vision on long-term cooperation and action.

However, absent from the plenary opening comments were thoughts regarding the reform of the Clean Development Mechanism (CDM) and progress on new flexible mechanisms post-2012. This is a pity as CDM reform is an easy wins that could be substantially based on the Article 9 text from Poznan COP14 (Article 9, for the UNFCCC uninitiated, is the review process of the Kyoto Protocol.).

The CDM is the key and arguably the only way for the Kyoto Protocol to engage directly with both the private sector and the developing world. Both of which are central to any meaningful follow up agreement.

"Hopenhagen in Copenhagen" is the unofficial tagline from the conference, so here's hoping that the private sector and its all-important financial resources becomes more of a central consideration at the negotiations. Lord Stern in his now-quintessential report placed financial flows from the private sector as being "key" to any meaningful future agreement. Governments faced with domestic considerations tend not to be reliable in providing financial flows to the developing world.

For example, for all its rhetoric the U.K. government has not to date provided any climate change funds beyond those already earmarked for Overseas Development Aid, according to an article entitled "EU Accused of Risking Copenhagen Climate Talks with Stance on Aid Funding" recently published in The Guardian. Installations under cap and trade schemes don't have the option as to whether or not to invest in mitigation, which is why the private sector is and will remain essential to any functional future agreement.

Miles Austin is head of European regulatory affairs for EcoSecurities. 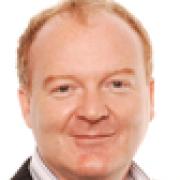 The Road to Mexico?

Gordon Brown, the Governator and Others Descend on Copenhagen for the 'Big Push'

The Pressure Builds in Copenhagen

It's Good to Talk

See all by Miles Austin