This article originally was published on Ensia. This story is part of the Pulitzer Center’s nationwide Connected Coastlines reporting initiative. “From Rust to Resilience” is also part of Covering Climate Now, a global collaboration of more than 250 news outlets to strengthen coverage of climate change.

When Harvard climate adaptation expert Jesse Keenan came to Duluth, Minnesota, in March 2019 to promote his vision of the city as a "climate haven," many citizens were bemused, if not downright laughing. The Lake Superior port city, after all, has its share of weather challenges. But Keenan identified it and Buffalo, New York, as good places to live in a changing climate because "their sources of energy production are stable, they have cooler climates and they have access to plenty of fresh water."

Not only that, but Duluth’s population is well below its peak in the 1960s, when the steel plant and other industries employed many workers, so there is room and infrastructure for more people.

Since its early days, Duluth has seen plenty of changes as it has cycled through such industries as fur trading, logging, mining, shipping, commercial fishing and now health care, tourism and education. But perhaps the biggest changes are yet to come as the city takes on climate change.

The city is working on cobbling together $60 million in funding to do a massive re-build of the downtown shoreline.

Duluth is perched mid-continent at the western tip of Lake Superior, and many residents are stoically proud of the harsh winters that define the place. "It keeps the riff-raff out," they assured each other. But in recent years the weather has become almost unrecognizable. According to Kenny Blumenfeld, senior climatologist with the Minnesota Department of Natural Resources, winters tend to be warmer, snowfall is getting heavier and summer thunderstorms bring more rain. The disruption begets uneasiness; people who have developed coping mechanisms for extreme cold and plenty of snow don’t know what to expect.

The city is working on cobbling together $60 million in funding to do a massive re-build of the downtown shoreline. Once a rundown industrial district full of junk cars and construction debris, the lakeshore offers a boardwalk and bike path, beloved by tourists and locals alike.

But in the past eight years, that shoreline has been pummeled by five major storms that brought torrential rains, winds up to 100 miles per hour and storm surges that inundated the Canal Park tourist mecca, flooding basements and making roads impassable.

"It feels like the movie ‘Groundhog Day,’" said Jim Filby Williams, Duluth’s director of public administration. "We’ve been through the drill so many times — emergency response, damage assessment, working through the process to get support for damage repair."

Luckily, both the state and the Federal Emergency Management Agency (FEMA) have funds to help communities rebuild with added strength and resiliency. This summer, contractors will haul in thousands of tons of car-size rocks, carefully placing them along the water’s edge to break up the waves, adding several feet of height to the shoreline and topping it all with a concrete wall a foot and a half thick to keep future stormwaters away from the new amenities. "I needed that assurance so I could sleep at night," said construction supervisor Michael LeBeau.

The flooding in Canal Park was a wake-up call for businesses there. Two popular restaurants have decided to retreat from their basements; they moved coolers and freezers upstairs, giving up some table space to protect the equipment. But that loss of revenue is a small problem compared with the road closures and risks to visitors prompted by floods, according to Brian Daugherty, president of a chain of restaurants including Grandma’s Restaurant, a popular destination in the heart of Canal Park. "People come to watch the storms, and their cars stall out [in the floodwater], they can’t move, they get upset," he says.

Weather-dependent retailers are also responding to the changing climate. Duluth’s ski shops worked with a local cross-country ski club to build 0.9 miles of trails with snowmaking capacity; the plan is to eventually add snowmaking to 1.1 more miles of trail.

Extreme weather events caused by climate change can be expected to have greater impact on low-income people, who lack the resources to prepare for and recover from disruptions in transportation...

"We’ve had so many bad winters in the last 10 years, we were worried we’d lose the younger generation to skiing," says Scott Neustel, owner of Ski Hut. "It isn’t like we all stood up and said, ‘Oh, climate change, we’d better do something,’ but these trails are an investment in winter."

Extreme weather events caused by climate change can be expected to have greater impact on low-income people, who lack the resources to prepare for and recover from disruptions in transportation; are more likely to live in housing without adequate weatherization; and may have chronic health challenges that can be exacerbated by disasters. In Duluth, a group called Ecolibrium 3 is working with groups and residents in the low-income Lincoln Park district to create a citizens’ climate plan with the goal of increasing activism and resiliency in vulnerable groups.

To avoid the common problem of water from severe storms carrying untreated sewage into surface waters, the city of Duluth and the Western Lake Superior Sanitary District several years ago invested $140 million in upgrading wastewater management infrastructure. As a result, the city doesn’t experience the combined sewer overflow that plagues other cities along the Great Lakes’ shores.

Long-time Duluth residents remember the bad old days of the 1970s and 1980s, when iron mining crashed, factories closed and people moved away. Someone put up a billboard with the bitter message, "Will the last one leaving Duluth please turn out the light." Those old-timers still have trouble believing the city has become a tourist magnet. But many residents, both older and newer, are ready for more change. They’re confronting the threats posed by climate disruption. The city teems with climate activists, from teens to retirees. Volunteers serve on city commissions, write letters to the editor, and organize climate strikes.

Duluth’s mayor, Emily Larson, has set ambitious goals for climate response, including a goal to reduce greenhouse gas emissions 80 percent from 2008 levels by 2050. But that distant goal can be self-defeating, according to LeBeau.

"It never goes anywhere because it’s too far away," he said. "We divided it into chunks, aiming at 10 to 15 percent reduction for each mayoral term. That means you can’t kick it down the road over and over."

With 150 buildings in its care, many old and leaky, the city aims to lead by example. Larson’s administration wants to adopt energy standards that go far beyond current codes, so renovations can result in dramatically lower energy use. Then, private building owners might follow suit.

A big part of the greenhouse gas reductions in Larson’s first term came from improvements at the city’s 90-year-old steam plant. It now burns mostly natural gas instead of coal, and parts of the downtown heating system are being converted from steam to hot water in a closed loop, which saves both heat and money. Coal use at the plant has declined by nearly 80 percent over the past five years, and greenhouse gases are down by 20 percent. The city also contemplates incorporating some form of renewable energy.

Duluth’s tourism boom is spawning boutique businesses that market craft beers, ciders and spirits as the products of Lake Superior’s pure, clean water. Climate change is top-of-mind among these entrepreneurs. Vikre Distillery even has a climate migrant on staff: a young California vintner who couldn’t handle the fires anymore. So it’s natural that the businesses emphasize earth-friendly behaviors. Co-founder and president Emily Vikre says they source nearly all their grains locally, reuse 75 percent of their process water and work toward zero waste.

Vikre and her colleagues are proud of blazing a new path in sustainable business, but they’re also actively pushing for policy changes to encourage such practices at other companies. "There’s so much decision-making fatigue, so much to think about, so much pressure," she said. "If we had policies that made these innovative paths smoother, more people would try them, and the better it would be for everybody."

Have a question about how climate change is affecting the Great Lakes region? Share it here to guide future reporting. 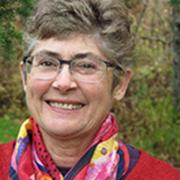 See all by Stephanie Hemphill