By Megan Chavez and Ryan Campbell

The economy of the 21st Century is built on a foundation of knowledge and information sharing. For companies, this accumulated knowledge is stored in vast computer data centers.

Not only do these data centers store data and network-computer and information systems, but in the case of FedEx, data centers also help manage a complex worldwide operation enabling customers to ship a package anywhere in the world, typically in one to three business days.

A major operational and environmental cost of running these data centers is the vast amount of energy that these centers consume. According to the U.S. Environmental Protection Agency (EPA), in 2007, data centers accounted for approximately 1.5 percent of all electricity used in the United States. That number is expected to double by 2011.

As a participating host company in this year’s EDF Climate Corps program, FedEx hired two fellows to spend the summer examining energy usage throughout FedEx data centers. One of our projects has been to identify a certification program that would recognize the energy efficiency practices already in place at FedEx, while still helping the company set and design a strategy to meet future energy goals.

With FedEx’s rollout of the EarthSmart program in April, a great opportunity to amplify the ongoing efforts of an already energy-conscious organization has arisen. One certification program that we’ve been researching is EPA’s Energy Star Program since it unveiled its initiative for data centers last month.

Started in 1992, the EPA’s Energy Star program has a long history of increasing consumer awareness about energy-saving products. The Energy Star label graces everything from energy-efficient washers and dryers, to refrigerators and new HD televisions. By partnering with a variety of organizations and developing metrics that can be applied fairly across an industry, Energy Star has developed strong credibility with consumers and garnered voluntary participation from more than 17,000 public and private organizations across the country.

What does Energy Star Know About Buildings?

Originally applied to electronics and appliances, Energy Star’s movement into evaluating building performance has greatly expanded the program’s reach.  Although the U.S. Green Building Council’s LEED certification process has traditionally been the standard for measuring the greenness of structures, Energy Star focuses on one critical life cycle cost that can often be undervalued in the existing LEED standards: energy use. Energy Star has already certified more than 10,000 buildings and plants, including other heavy energy consumers such as hospitals, hotels and grocery stores.

This program allows companies to explore certification by initially benchmarking their energy performance against comparable companies. Firms that meet the threshold performance score of 75 out of 100 points can apply to receive data center certification. After a review by a licensed professional engineer and some brief paperwork from the facility manager, a company can submit an application to Energy Star and hear back within a few short weeks.

Three weeks into the program, one data center has already applied and received the Energy Star Data Center label. To gain higher levels of participation across the industry, the EPA should consider the following suggestions from a participant’s perspective:

• Ratings should consider the climate in which the data center is located. Although the EPA’s initial analysis suggests operational variables have a larger impact on energy performance than climate, anyone who has ever lived in Memphis knows that you must run your air conditioner more than someone living in the cool, dry foothills of Colorado. The certification should not unfairly penalize companies based on geographic constraints, particularly when tools exist to normalize performance around externalities such as temperature and weather.

• Energy Star should work with local utilities to create rebates and incentives for data center retrofits across the country. For many data centers, the long payback period on an energy-saving retrofit may not meet the traditional Return on Investment (ROI) standards generally required for any business venture. But if utilities and Energy Star can work together to make incentives for those investments more widely available, data centers would find it easier to participate in the program.

• Energy Star should consider removing the address requirement from the data centers. All aspects of data center security are supremely important to firms. Currently, Energy Star requires companies to disclose the location of their data center facilities, which may deter organizations from participating. Since certification isn’t a draw for customers to come in and visit the site, companies have no incentive to comply.

Though still in its infancy and not yet perfect, the current Energy Star program for data centers has the ability to engage companies. Continuing this dialogue and designing the program unique to operating conditions of data centers will result in increased company participation and lowered energy usage across the country. This program is a great way for companies like FedEx to not only be recognized for their current energy efficiency practices, but also to benchmark against similar companies and strive for even better energy performance.

Megan Chavez is an MBA candidate at the Owen Graduate School of Management at Vanderbilt University and a Net Impact member. Ryan Campbell is a recent graduate from Tennessee State University. This content is cross-posted at the Environmental Defense Fund Innovation Exchange Blog. Further coverage of the Climate Corps program is available at GreenBiz.com/edfclimatecorps. 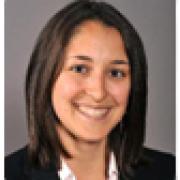 See all by Megan Chavez and Ryan Campbell