When I originally set out to spend the summer as an EDF Climate Corps fellow at eBay Inc., I anticipated spending my 10-week fellowship focused on making the business case for energy efficiency in the company’s data centers.  On my first day at eBay headquarters, I realized I had been mistaken. The greatest energy efficiency gains would actually not be in the data centers, but found elsewhere.

Near the start of my fellowship, eBay Inc. unveiled a new data center named Project Topaz that was 30 percent more efficient than any other data center in the company’s portfolio. In “geek speak,” it has a power usage effectiveness (PUE) rating of 1.4 thanks to water-side economization, in-row cooling and 400V power distribution.

As a Climate Corps fellow who has been trained on data center efficiency measures aimed at enabling companies to pick low-hanging fruit and cut costs on wasted energy, it has been nearly impossible to make any recommendations for a facility that is already so advanced in its green initiatives.

Obviously I needed to refocus the scope of my project.

Thankfully, my supervisor introduced me to colleagues throughout the organization in workplace resources, procurement, IT and corporate communications.  Considering over 2,400 of eBay Inc.’s employees are members of the Green Team, I was not surprised by the contagious enthusiasm for sustainability.

Academic studies on energy efficiency in California show that while commercial consumption has grown, efficiency has remained the same. Despite this marketplace reality, I was not surprised to hear that as of May 2010, the number of watts per listing on eBay had declined 55 percent since the second quarter of 2008. Members of the Green Team are efficiency experts in a company that has championed sustainability in both its e-commerce business as well as its own operational footprint. Atop the building I’ve been sitting in this summer, stands the largest commercial solar installation in San Jose. Next to it is a 500kW installation of Bloom Energy boxes that together account for more than 30 percent of the campus’s energy needs.

All of these factors do, however, make my 10-week treasure hunt for energy efficiency that much more difficult.

While other Climate Corps fellows this year have reported massive savings from finding lights on at night and changing fluorescent lighting to T-8s from T-12s, eBay’s facilities and operations have yet to yield such low-hanging fruit.

The Green Team has already installed automated lighting schedules and motion sensors, upgraded to T-8s years ago, employed direct digital control and air-side economization in HVAC, and certified a building as LEED Gold back in 2008. I even eat from the “Low-Carbon Diet” line at the cafeteria.

Very rapidly, I’ve adjusted any expectations of sweeping in to heroically discover major energy efficiency gains. This is not to say that eBay Inc. has finished a “job well done.” On the contrary, I have found my value add this summer as a needed resource for ongoing projects as colleagues try to manage the energy usage and carbon output of their business unit or department.  Although energy efficiency is a continuing goal, rarely does a decision-maker understand the energy impacts of each option up for consideration without relying on other expertise.

And who knows?  I still have three weeks left this summer -- plenty of time to continue digging around for that hidden goldmine of energy efficiency treasure.

Megan Rast is a 2010 EDF Climate Corps fellow at eBay Inc. and a member of Net Impact. She is an MBA candidate at Haas School of Business, University of California, Berkeley. Further coverage of the Climate Corps program is available at GreenBiz.com/edfclimatecorps. This content is cross-posted at Vault and the Environmental Defense Fund Innovation Exchange Blog. 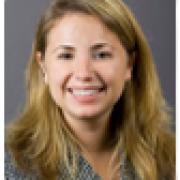 Climate Corps 2010: Exploring the Software Side of Efficiency

See all by Megan Rast