What do you get as a gift for the person who has everything? Though most of us won’t have to face this dilemma until the holidays, I find that being an EDF Climate Corps Fellow at Yahoo! similarly stretches my creative limits because I’m being asked to uncover energy efficiency opportunities at an already very green company.

Whether it’s drawing inspiration from chicken coops to build data centers, using goats instead of lawn mowers, or pioneering an open-source model of sharing environmental high-tech practices, Yahoo! has an impressive record of thought leadership in the intersection of IT and green. Along with several other EDF Climate Corps Fellows in Silicon Valley, I am tasked to look far outside of the box to find energy efficiency improvements for my host company. With the majority of the "low-hanging fruit" already picked, my position requires me to search through all of Yahoo!’s worldwide operations for efficiency improvements.

My main project work so far has been to evaluate current power consumption metrics of Yahoo!’s domestic and international data centers, both for determining the company’s current carbon footprint as well as scouting prospective sites for new centers. Such a job requires:

I’m also now working on a project with a different global track: studying the Japanese Variable Refrigerant Flow (VRF), an air conditioning model that is popular in Asia and Europe, and my job is to see whether certain components at Yahoo!’s Sunnyvale, CA headquarters can be retro-fitted with this technology. Since these systems are designed to be installed using tiny piping that requires little additional drilling (a 550-year-old hotel in France was able to retrofit), I hope to reduce the HVAC Load in Yahoo!’s Headquarters by 20 percent -- which could result in dramatic savings.

Having long had an interest in global strategy and operations, my work has really allowed me to pursue those functional interests while also building on my experience in the energy and high-tech verticals. With companies needing to implement energy efficiency on a global scale, I hope that my findings at Yahoo! can have a similar international reach.

Jim Wilson is an 2010 EDF Climate Corps fellow at Yahoo! and a member of Net Impact. He is an MBA candidate at the Fuqua School of Business, Duke University. Further coverage of the Climate Corps program is available at GreenBiz.com/edfclimatecorps. This content is cross-posted at the Environmental Defense Fund Innovation Exchange Blog. 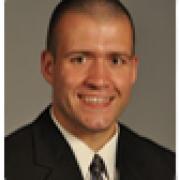 See all by Jim Wilson