Energy giants Chevron, ExxonMobil and Occidental Petroleum are the first companies in the U.S. oil sector to commit to a $1 billion fund that aims to accelerate the use of low-emissions technologies as a solution to climate change. Created by the Oil and Gas Climate Initiative (OGCI), the Climate Investments Fund pledges the money and resources of the world’s largest energy companies — historically, some of the greatest contributors to climate change — to the development of innovative clean-energy technologies.

As it happens, one of the most effective clean-energy technologies has been in development for millions of years and is ripe for investment: nature.

As it happens, one of the most effective clean-energy technologies has been in development for millions of years and is ripe for investment: nature.

There is no better carbon capture and storage technology than nature, which can provide at least 30 percent of the emissions reductions needed to stay within the goals set by the Paris Agreement. And natural climate solutions — including preventing deforestation and restoring degraded ecosystems — have something else going for them: They’re significantly more cost-effective than developing new clean-energy technologies. How much cheaper? According to the latest research, more than a third of these natural solutions for mitigating climate change would cost $10 or less per carbon tonne, while cost estimates for emerging technologies range from $40 to over $1,000 per carbon tonne.

Despite all of these benefits, natural climate solutions receive only 2 percent of global climate funding.

That’s why Conservation International is working with governments, companies and communities to ensure that nature’s contribution to addressing climate change is fully maximized. We’re urging the OGCI — a voluntary-led initiative made up of 13 oil and gas companies representing more than 15 percent of the world’s primary energy needs — to accelerate its commitment to climate change by investing in natural climate solutions.

Simply dedicating 30 percent of the $1 billion Climate Investments Fund to natural climate solutions would further the impact and scale of the OGCI’s aim to deliver solutions that enable a sustainable low-emissions future. This funding isn’t philanthropic — it’s an investment in new business models that don’t require major technological breakthroughs.

Just recently, the OGCI pledged to cut greenhouse gas emissions, announcing at Climate Week NYC a new target to reduce methane emissions below 0.25 percent by the end of 2025. This would reduce collective emissions by 350,000 tonnes of methane annually.

Luckily, investments in natural climate solutions can deliver large-scale emissions reductions in the near term.

While these progressive new emissions reduction commitments by some of the world’s biggest oil and gas companies are encouraging, development of the new methane detection, measurement and prevention technologies will take time. Time that — as the latest report by the Intergovernmental Panel on Climate Change makes clear — we don’t have.

According to a recent roadmap released as part of the Global Climate Action Summit, most of the action needed to reduce emissions and curb climate change must be undertaken in the next year. Luckily, investments in natural climate solutions can deliver large-scale emissions reductions in the near term.

More companies are recognizing the need for a robust approach to climate change and the benefits of investing in natural climate solutions. Take BHP, the world’s leading global resources company: Conservation International is working with the corporation to integrate forest carbon initiatives into BHP’s overall climate change strategy.

In 2016, BHP and partners launched a first-of-its-kind Forests Bond that helps channel private sector funds into forest protection on an unprecedented scale. And in Peru’s Alto Mayo Protected Forest — an expanse of carbon-rich Amazonian rainforest twice the size of New York City — BHP provided funding to a REDD+ project (short for "Reducing Emissions from Deforestation and Forest Degradation") that rewards landholders for protecting forests, thereby reducing the carbon emissions that cause climate change.

A similar investment by the OGCI in natural climate solutions would be a huge step forward on a sustainable development path that leads to a low-carbon and clean-energy future. This will help us meet our global demand for energy while conserving nature and improving people’s lives. 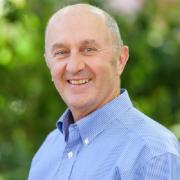 Biodiversity and business: 4 things you need to know for 2020

See all by Hank Cauley