The climate solutions beneath our feet

While companies around the world have made bold commitments to reduce greenhouse gas emissions, more needs to be done. Today, about 7,000 companies disclose their carbon footprint, and nearly 700 companies have made science-based targets to reduce their overall greenhouse gas emissions. But earlier this year, the United Nations and climate leaders, including WWF, made clear that we are not currently on track to curb temperature increases by 2030, and every half-degree literally makes a world of difference.

The new study just released by the Intergovernmental Panel on Climate Change (IPCC) provides the key. It shines a light on one of the most urgent yet overlooked drivers of climate change: land conversion.

The report confirms that land use and its conversion from native habitat, largely for agriculture, is responsible for as much as 24 percent of all human-generated emissions. If we continue to destroy and degrade forests and other critical habitats to grow commodities such as beef, soybeans, palm oil and timber, then soil health will become increasingly compromised, crop yields will drop over the longer term, prices will rise and people will go hungry. Yet of the thousands of companies reporting on their emissions, only a fraction have committed to eliminating deforestation from their agricultural supply chains by 2020. Even fewer are committed to sourcing conversion-free commodities.

So, what should be on the checklist of every board of directors, CEO, CFO and supply-chain executive at the world’s largest food companies as they seek to secure a stable food supply over the next decade?

First, if 2020 is about ending deforestation, 2030 must be about eliminating conversion — the loss of not just forests but grasslands, savannas, wetlands, mangroves and other habitats. Indeed, most of the habitat loss caused by food production happens in grasslands and savannas.

Some companies are beginning to expand their efforts to source conversion-free beef and soy in Latin America. These commitments should extend to other valuable ecosystems around the world.

In Latin America, for example, companies successfully slowed deforestation in the Amazon for soy production. Cropland shifted instead into the neighboring biomes — the Cerrado savanna, the Chaco woodlands, which are just as important as the Amazon in the nature and biodiversity they enable and in addressing climate change. The Pantanal — the world’s largest tropical wetlands — could be next.

Fortunately, over the last few years, some companies are beginning to expand their efforts to source conversion-free beef and soy in Latin America. Over the next decade, these commitments should extend to other valuable ecosystems around the world, from the prairies of the Great Plains in North America, one of the last remaining temperate grassland ecosystems, to the Mekong River delta, home to millions of people that depend on overburdened freshwater ecosystems for survival.

Second, companies should set meaningful goals to cut carbon emissions — not only within the four walls of their organizations but across their supply chains as well.

In fact, the average food company’s supply chain is responsible for over 90 percent of its emissions. A small and growing subset of companies is pioneering methods to calculate emissions from land use across their entire supply chains. These calculations are especially important for companies that have meat and dairy products in their supply chain, as they account for about 14.5 percent of total human-generated emissions. Most of that is from methane that cows belch and nitrous oxide emanating from livestock manure, both of which trap many times more heat than carbon dioxide. Livestock feed crops such as soy and corn also have significant environmental impacts as they require enormous amounts of fertilizer, chemical inputs and water, plus one-third of the planet’s arable land.

Third, companies should seize on the one thing that sets agriculture apart from other sources of emissions. Whereas improvements to the transportation, energy and industrial sectors can reduce only the amount of greenhouse gas entering the atmosphere, better farming and ranching practices actually can pull those gases back out of the air and sink them in the ground.

By using a combination of climate-smart practices — rotational cattle grazing on native grasslands, planting cover crops to keep soil in place and enrich it with nutrients, innovative feed options that provide nutrition and increase the efficiency of an animal’s gut biome — a producer theoretically could achieve net negative emissions.

Changing these practices isn’t easy or cheap. But by working together, commodity buyers, input suppliers, banks, investors and governments can help farmers shift to sustainable farming systems and provide the resilience and financial wherewithal for them to thrive under changing conditions. That includes removing perverse incentives that shackle farmers to the status quo and creating financial incentives and tools such as long-term contracts, favorable interest rates and innovative credit mechanisms.

Tackling climate change will take bold actions that go beyond addressing the "usual suspect" issues of energy, transportation and cutting emissions from a company’s own operations. We must address food production and supply chains, especially as demand grows and climate change makes farming and ranching more difficult.

Indeed, agriculture must be part of the solution if we’re going to keep our climate stable and our planet viable. How we approach the next decade not only will affect the climate, but also the fate of food production itself and our ability to feed future billions. We ignore the limits of nature at our peril. 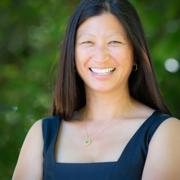 See all by Melissa Ho