From seminar rooms to soundstages to the crowded U.N. Plaza, one theme emerged from Climate Week NYC: Decarbonizing has become big business and will stay that way. Companies with strong market share would much rather get rid of fossil fuels than put their market share at risk, and they are setting their own pace.

The first Climate Week NYC since Donald Trump declared the United States would leave the Paris Agreement was short on protest and long on confidence. Washington Gov. Jay Inslee addressed a crowd from the launch of the EV100, a partnership to accelerate electric cars' inclusion in corporate fleets and charging stations' appearance in retail and office parking lots.

"I flew 2,500 miles to give you one message: Donald Trump cannot stop the United States from becoming the leader in fighting climate change," he said

For sure, American cities and states want to lower their emissions. It emerged in one panel that Florida might lose creditworthiness in the future if hurricanes keep battering the state. But Inslee's formulation felt subtly different from other news from the week. The suppliers of cities and states — the multinational corporations — have concluded global dominance comes from addressing climate change.

Florida might lose creditworthiness in the future if hurricanes keep battering the state.

That came forth in the EV100 launch, where the Climate Group announced 10 companies in the charter group working to advance electric cars.

"It's a real win-win as we switch over from the internal-combustion engine to electric engines," said Climate Group CEO Helen Clarkson. She cited employee satisfaction and maintenance savings as reasons for building out charging stations and purchasing electric cars.

Pioneer members in the EV100 effort see a strong business case for the shift. Michael Lightfoot, chief corporate affairs officer of car-leasing concern LeasePlan, cast the movement as a matter of business continuity. With low-emission zones dotting Europe since the Volkswagen diesel-cheating scandal, customers want to drive something "green" everywhere they go, he said. And with maintenance costs low, a leasing company that sees maintenance as a marketing tool needs to know the electric vehicle thoroughly.

These goals make logical headway in a world market where Europe and China have both set stark carbon-reduction mandates in place by 2040. Big business sees decarbonizing as a big opportunity to stay big — indeed, to get bigger.

Richard Branson described the devastation of nearly everything in his Caribbean territory from Hurricane Irma.

To listen to these execs, you would think climate change defined a new marketplace, not a threat to every marketplace. "We have set a corporate goal to reduce emissions 20 percent by 2030," said Mike O'Connell, who heads PepsiCo's supply-chain work, at a TriBeCa coffee klatsch heralding better efficiency in trucks.

A Shell executive posited her company as a leader in the transition to a low-carbon future. Virgin Group founder Richard Branson, who co-hosted that event despite being visibly shaken from recent hurricanes in the Caribbean, applauded.

Branson, who survived Hurricane Irma last week, sounded a rare warning note as he described the devastation of nearly everything in his Caribbean territory from Irma: "Do I come to the climate change talks and try to thump the table to tell people we've got to do something about it? May we speed things up so we have less hurricanes in the future."

Do I come to the climate change talks and try to thump the table to tell people we've got to do something about it?

No tables thumped. Instead, corporates essentially said, "We're in, and we can define the terms." Partnerships bloomed across Manhattan, such as the $4 million Partnering for Green Growth and the Global Goals 2030 (P4G) effort among U.N. members and companies.

In a crowded New York University auditorium, Tom Cochran, CEO of the U.S. Conference of Mayors, plugged the Alliance for a Sustainable Future, wherein cities hunker down with partners such as JPMorgan and AECOM to finance and build climate-ready infrastructure.

He wasn't the only one to paint Trump as an irritant: "He's in, he's out, he's tweeting, God knows what else. It really doesn't matter."

Without doubt, there's reason to follow where this optimism leads. Infrastructure on the grid exists to allow the rollout of electric vehicles, as Pacific Gas and Electric Chief Sustainability Officer Melissa Lavinson told the EV100 crowd. Her company's energy supply is already "70 percent greenhouse-gas-free."

Yet Climate Week sounded less like a cry from a rebel stronghold and more a full-steam-ahead salute to the other skippers in the corporate sea. 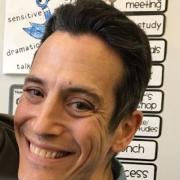 Conservation finance should not sell itself short