Closing the gap on board diversity

In the push to achieve gender and racial balance on corporate boards, numerous questions abound: Why the continued disparity? Who can improve the balance? And how do you accelerate positive organizational performance? Investors and corporations alike hold the power to achieve truly diverse representation on boards. But for sustained change to take hold, both sides must take a more active role in closing the gap.

Substantial evidence reinforces how companies with diverse leadership consistently outperform their more homogeneous counterparts. In 2014, a McKinsey study (PDF) found a significant correlation between board and executive diversity and above-average financial performance.

The Credit Suisse Research Institute showed in their six-year study that large companies with at least one female board member significantly outperform peers who have no gender diversity in the boardroom. However, while there have been improvements in board diversity over the last several years, changes have been slow to come, and are still a long way off from being representative of current workforce and stakeholder demographics.

Roughly half of all Fortune 500 boardrooms reported greater than 30 percent inclusion of women and minorities in 2016, but this metric alone doesn’t tell the deeper story (PDF) of board diversity. Consider the following:

The demand for diversity

As part of the broader push for more stringent ESG criteria, key external stakeholders are placing greater emphasis on governance metrics, with board diversity chief among them. Over the last few years, board diversity has appeared consistently on the list of most common governance-related shareholder resolutions, reflecting investors’ collective desire to see corporate boardrooms represent more diverse perspectives.

Responding to increased focus from institutional investors, ratings firms such as MSCI, RobecoSAM’s DJSI and Bloomberg have enhanced their tracking of board composition metrics.

Investors and corporations alike hold the power to achieve truly diverse representation on boards. Both sides must take a more active role in closing the gap.

At the same time, investors have stepped up pressure on this issue. As many witnessed, State Street Global Advisors, with $2.5 trillion in assets under management, took a strong public stance in March by commissioning the Fearless Girl statue on Wall Street. The statue is part of State Street’s broader campaign to put more women on corporate boards. Meanwhile, public pension funds such as CalPERS (PDF) continue to lean on companies to improve their boards’ gender and racial makeup. The trend for increased transparency (PDF) also extends to small and emerging companies, as evidenced by the SEC’s on engagement in this area.

The gap between rhetoric and reality

With so many stakeholders pushing for board composition changes, why does the corporate sector lag? A key root of the problem lies in the talent pool from which companies are drawing new directors. Less than one-third of all new director appointees at Fortune 500 companies last year were women and just 21 percent were minorities, whereas two-thirds were current or retired CEOs or CFOs.

Furthermore, nearly 75 percent of this group had previous board experience. In other words, companies are effectively walling off an entire population of qualified candidates — a more diverse pool of executives who bring a wealth of experience from a variety of backgrounds and disciplines. Therefore, how do we break this cycle?

Less than one-third of all new director appointees at Fortune 500 companies last year were women and just 21 percent were minorities.

Darla Stuckey, president and CEO of the Society for Corporate Governance, said, "While we’ve seen many companies find and add to their boards incredibly successful, talented women, there are still those boards that say: 'We can’t find any qualified women.' Looking for women whose skillsets are the same as sitting board members who were CEOs for 30 years (a time when women were rarely considered for CEO jobs, let alone other management positions) is not realistic. Nominating committees can find talented, skilled women and minority candidates, but only if they don’t insist on a mirror image of themselves."

On a more practical level, if traditional search methods aren’t working, companies can use Equilar’s BoardEdge database of more than 170,000 diverse, potential public company board member and executive candidates.

Institutional investors can play a large role in improving the system. However, a recent study by ISS and the IRRC (PDF) found that shareholder activism has not had as much impact on the gender and racial makeup of S&P 1500 boardrooms as one might have thought. Socially responsible investors continue to bring issues such as board member tenure, average age and independence front and center.

These same shareholders are perusing resolutions directed specifically at improving board diversity. In addition, SRI investors increasingly reinforce their stance by voting down homogeneous candidates in favor of qualified professionals who represent more diverse backgrounds and viewpoints.

As pressure mounts from the outside, what can companies do to deepen their "farm systems" and enhance the pipeline of diverse board candidates? A full shift to providing women and minorities with more opportunities for growth needs to be purposeful, and corporations should tailor their internal approach to foster more diverse senior talent for the future. Many companies also are merging their approach to talent attraction, development and retention activities with a robust diversity and inclusion program that reaches all employees and managers. Take Intel Corporation, for example.

In 2015, Intel announced a bold 2020 goal to become the first company in the high-tech industry to achieve full representation of both women and underrepresented minorities the U.S. Why? Because white and Asian men together still make up nearly two-thirds of all Intel workers and more than 75 percent of senior-level employees.

Now at the halfway point of their journey, Intel has closed the gap to full representation by 65 percent, and announced this month it will achieve its goal in 2018, two years ahead of schedule. Intel was able to reach its hiring and retention goals through a focus on inclusive hiring and innovative retention programs, as well as evaluating compensation and advancement of women and underrepresented minorities across the company.

Stakeholders’ desire to see their diverse interests reflected in the boardroom will continue to evolve, and corporate leaders should be prepared to see this demand manifest in increasingly bold ways. By closing the gap on board diversity and sustaining meaningful change, companies reap multiple benefits — improved performance, investor support and a strong, diverse and creative workforce — many of whom will be well positioned to fill critical board seats in the future. 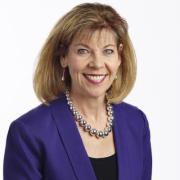 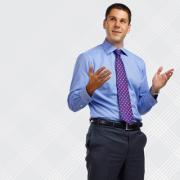 The emergence of natural capital consciousness

Corporate governance and sustainability: Who's connecting the dots?

How Hyatt is fostering sustainability from the ground up

The four stages of engaging employees on sustainability

See all by Margie Flynn