Platte River Power Authority (PRPA), the generating authority that serves Fort Collins — a community Rocky Mountain Institute has been working with for a long time — and three other Colorado cities recently got the results of a study it commissioned on the relative costs of transitioning to net-zero carbon generation by 2030. The results of the study, by a subsidiary of power-industry giant Siemens, are — electrifying.

The study found that, using relatively conservative assumptions for solar and wind costs, and without considering demand-side efforts, PRPA can deliver a net-zero carbon generation portfolio for a cost premium of only 8 percent over the lifetime of the planning horizon (2018–2050).

This is significant not only because the estimated (net present value) difference in cost is so small, but also because it indicates the actual cost premium may be even lower than 8 percent. The Siemens study was conservative in its estimates of price declines for renewables over the coming years, and was released before the shockingly low bids for wind and solar that another Colorado utility, Xcel, received in an RFP were made public.

The Siemens study is a game changer because it is not the result of a cost decline for a single resource like wind or solar.

The median prices of the 350 renewables-only bids that Xcel received were lower than any seen in the U.S. before. In fact, the median bids Xcel got in 2017 were 26 percent lower for wind power and 10 percent lower for solar power than the costs the Siemens study assumes will prevail in 2030, after 13 more years of price declines. The study was also conservative in that it didn’t consider any energy efficiency or demand-response strategies in its net-zero carbon portfolio, even though Fort Collins Utilities is already winning awards for its efforts in those areas, and plans to scale them up.

But it is most significant because PRPA is a power generator in the heart of coal country, just to the south of Wyoming’s vast Powder River Basin coal reserves. Wyoming produced 41 percent of U.S. coal in 2016, and most U.S. coal production comes from the mountain states, including Colorado. PRPA owns three coal-burning power plants that produce most of its power, and even (together with three other electric utilities) owns and operates its own coal mine next to two of its power plants. The power that PRPA produces by burning coal is about as cheap as coal power can get, and its coal-fired facilities are among the highest-performing in the U.S.

At the initial urging of Fort Collins Utilities — one of the four Northern Colorado municipal electric cooperatives that own PRPA — and ultimately at the request of all of its members, PRPA embarked on the study. When Fort Collins began asking for the study, it took the latest step in meeting its remarkably ambitious climate action plan. Starting in 1999, Fort Collins has been leading climate and carbon efforts, first by setting greenhouse gas (GHG) reduction goals and offering clean energy to its customers.

Then, in 2008, it set bolder GHG goals and founded FortZED, a zero-energy district and proving ground for energy innovations jump-started by a $6.3 million grant from the Department of Energy and matched by similar funding from the community. RMI and others supported FortZED, and RMI has been proud to work with Fort Collins ever since. Fort Collins has won several awards for energy innovation.

In 2008, the city of Fort Collins initially aimed for an 80 percent reduction in its greenhouse gas emissions by 2050 but, with RMI’s help, revised that goal (PDF) to reach an 80 percent GHG reduction 20 years faster. This wasn’t rash optimism; Fort Collins worked with RMI to do a full analysis of its energy use in the buildings, transportation and electricity sectors that was modeled on the "Reinventing Fire" analysis. The goal of reaching an 80 percent GHG reduction is also 20 years faster than the Reinventing Fire vision for the U.S. economy, but is achievable for Fort Collins and its city-owned electric distribution utility, Fort Collins Utilities. One of the biggest hurdles to achieving that vision, however, long had been the city’s electric power supply, which comes from coal-heavy PRPA. With this study, that hurdle is down.

Renewables can compete — and win — anywhere

The Siemens study that PRPA commissioned is a game changer because it is not the result of a cost decline for a single resource such as wind or solar. News of dramatically lower prices for single renewable resources have become commonplace. Instead, the new net-zero carbon study results show a dramatically low cost for the total cost of delivered electricity, incorporating transmission costs and balancing charges to meet the same level of service provided by PRPA’s current portfolio. It is proof that there are no hidden pitfalls that might somehow make cheap renewable resources inoperable in practice. And the fact that a net-zero path can achieve cost parity against coal in coal country shows that renewables can compete anywhere.

Energy efficiency and demand management can have a dramatic effect on peak loads, reducing the need for high-capacity transmission systems or power generation.

On the other hand, purists might note that PRPA’s net-zero carbon portfolio does use natural gas, rather than batteries, for balancing variable renewables, and then relies on exports of renewables to achieve net-zero carbon. For those critics, we’d note that Xcel’s recent wind-plus-storage bids, at a median price of $21/MWh, are lower than the assumed current price for wind alone in PRPA’s study, suggesting that batteries are likely to edge out natural gas in the near term. By 2030, the costs of wind, solar, storage and their combinations no doubt will drop further, but even if they were to stay level, the true cost of switching to net-zero carbon will be well below the 8 percent cost premium the study predicts.

Another major cost-reduction driver the study left out is demand-side management and energy efficiency. Fort Collins, one of the four consumers of PRPA’s power, happens to be a national leader in those areas. Fort Collins Utilities recently won a national award (PDF) for its programs, which are part of an integrated utility services business model developed with RMI’s help. Fort Collins helps its residents achieve energy efficiency and participate in demand management by not only making proven programs available to them, but also by allowing them to finance up-front costs on their utility bills.

Energy efficiency and demand management can have a dramatic effect on peak loads, reducing the need for high-capacity transmission systems or power generation, and thus reducing cost. The study also did not consider the potential for distributed energy resources such as storage and demand response to reduce capacity charges still further. These, too, should keep the true cost of achieving net-zero carbon in PRPA’s system well below the 8 percent increase the study predicted.

Fort Collins has earned a prominent place as a global climate leader over nearly 20 years. Another of PRPA’s municipal owners, Longmont, just adopted a goal to use 100 percent carbon-free electricity by 2030. Now, its generation and transmission utility is bidding to take its place beside Fort Collins Utilities and Longmont. PRPA’s CEO announced in January that the utility immediately will triple its portfolio of wind power with 150 megawatts of new wind capacity.

PRPA, a coal-powered and coal-mining utility in the heart of western coal country, is an unlikely climate hero. But its clear-eyed, hardheaded calculations have put it on a path to decarbonize quickly and profoundly — to become net-zero carbon in 12 years. No matter how commonplace that becomes years from now, their market leadership is something to be celebrated, and emulated. 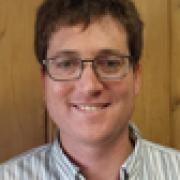 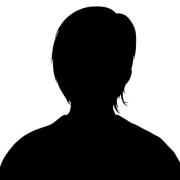