In the United States, as summer continues, the heavy spring rains are continuing, and more towns and cities in the Midwest are underwater. These communities are suffering devastating losses from flooding, with roads and dams damaged, over 62 levees breached or overtopped and hundreds of miles of levees damaged along the Missouri River. Damage to water treatment plants and contamination of wells means that many towns were left without water and expected to be without drinking water service for weeks or even months.

What is even more worrying as we confront this crisis is that America’s critical water infrastructure — drinking water systems, dams, levees and inland waterways — all received a D in the latest American Society of Civil Engineers’ (ASCE) Report Card. We urgently need to reinvigorate bipartisan discussions, and especially action, around addressing our infrastructure deficit. Perhaps equally important may be changing how we think about infrastructure.

Most of our attention has been on our gray infrastructure — the pipes, pumps, dams and treatment plants that provide safe drinking water, manage floods and provide water for irrigation and energy. While gray infrastructure is extremely important, another kind of infrastructure deserves much more attention — the natural, "green" infrastructure of forests, wetlands, floodplains, urban green spaces and well-managed farms and ranchlands.

In the Southern United States, more than 21 million people in towns and cities — about the population of Florida — get their clean drinking water from forests. Yet these forests have been disappearing at a rapid rate, with over 89 million acres lost between 2000 and 2017, about a 30 percent loss in that region. When wildfires destroy forest lands, as seen in the recent massive California fires, they cost utilities and ratepayers hundreds of millions to repair damaged infrastructure, dredge reservoirs and purchase water from alternative sources. A recent review (PDF) of just four wildfires in Colorado, Montana and California found over $120 million in costs borne by water utilities. This doesn’t include the costs to federal and state agencies, cities and local communities for fire suppression and damage to property, transportation and energy infrastructure.

Green infrastructure in cities from Copenhagen to Seattle is improving the management of stormwater flooding and building resilience to extreme weather events. Worldwide, interest is growing for incorporating this green infrastructure along with gray infrastructure for more resilient systems. Biennial global surveys of these investments over 10 years shows steady growth with a total of about $26 billion invested in 2016.

A broader view of urban infrastructure

Green spaces not only help filter and clean water, they also can contribute to improving people’s health in a variety of ways. Numerous studies have shown that green spaces promote healthy physical activity, and urban trees are associated with better overall health, reduced incidence of diseases such as diabetes and asthma, as well as lower levels of obesity and high blood pressure. In cities, neighborhoods with more green spaces have lower crime rates and a greater sense of community. Trees in cities also can protect against deadly heat waves that will become more common with climate change, and can reduce energy use in buildings, lowering emissions from a sector that is a major contributor to greenhouse gas emissions.

Green infrastructure is an essential component of managing risks to people and property from extreme weather events. From the protective value of coastal marshes in Louisiana to the "blue-green" urban design that innovative cities are embracing to address urban flooding, these approaches work with gray infrastructure to provide an extra layer of protection and resilience. While these approaches are not new — Boston created its blue-green Emerald Necklace of parks and waterways in the 19th century — as climate impacts increase and more people live in cities, green infrastructure will become more important.

Urban gardens provide benefits through reducing stormwater runoff and flooding in cities in much the same way as parks and green streets. They also can be critical elements for enhancing food security and improving health through better access to nutritious foods. For example, in the city of Oakland (PDF), California, converting just existing undeveloped, publicly owned open space to gardens could provide up to 10 percent of the city’s need for fresh vegetables. Urban gardens can address the "food desert" issue in many cities where access to fresh, healthy, affordable food in some neighborhoods is very limited.

And the green infrastructure of cities always has provided those intangible values of beauty, refuge and tranquility that are so important in cities. Think of the plane trees that shade the Cours Mirabeau in Aix-en-Provence, the Boston Common and New York’s Central Park.

Cities and water utilities have a long history of protecting forests, wetlands and farmland outside of their boundaries to protect drinking water sources. Seattle’s Cedar River Watershed and New York City’s agreement with farmers in the Catskills watershed are two well-known examples.

Other aspects of urban resilience should encourage cities to look outside their boundaries as well, to the landscapes that provide not only water security, but food security and climate mitigation. Broadening our view outward from the city itself also can strengthen social aspects of resilience between cities and surrounding rural areas.

Importantly in these times where political and regional divides are growing, green infrastructure can help connect urban and rural communities, making clear our mutual dependencies and potential for mutual benefits. In the United States, the restoration economy is a $25 billion-a-year industry that supports sustainable land management and restoration, helping to improve the water quality of urban water supplies while supporting more jobs than coal, logging, or iron and steel. These are jobs that can’t be outsourced and are often in small towns and rural areas.

More sustainable farming practices, such as no-till cultivation, cover crops and shrub or tree buffers at field margins, reduce erosion and help prevent fertilizers and pesticides from reaching streams, protecting water quality. These practices also store more carbon in soils and build soil health. Better soil health can provide some protection from drought, and also increases yields, directly benefitting farmers. Farmers will have more options for diversifying incomes as more states, such as California, embrace payments to farmers for the carbon they store in soils.

Globally, more sustainable land management through "natural climate solutions" can deliver up to 37 percent of the mitigation needed to meet the Paris Agreement’s 2-degree target. Looking beyond their boundaries to achieve climate commitments therefore simultaneously can help cities achieve greater water security and forge more positive connections with their neighbors in rural communities.

Finally, protecting all urban infrastructure and improving resilience in the face of change means cities need to think about the green infrastructure of their surrounding watersheds — sometimes quite a distance away. In the 1960s and 1970s, increased development in the Charles River valley upstream from the city of Boston resulted in the filling of many wetlands and an increase in impervious surfaces. More severe flooding in Boston was the result. Beginning very early on in the region’s history, dams along the river were the tools used to control flooding, but these were being overwhelmed by larger and more frequent floods. Rather than build more dams at great cost, the U.S. Army Corps of Engineers, the city and surrounding communities agreed to set aside from development and protect the remaining wetlands. Creating the Charles River Natural Valley Storage area, these wetlands outside of the city are critical urban infrastructure, providing flood resilience to the city and recreational amenities for the entire region.

What can we do to re-imagine infrastructure?

Our forests, wetlands, sustainable farms and ranches and urban green spaces should be viewed as real assets, just as valuable as our roads, dams, levees and wastewater treatment plants. Cities should consider their natural assets, both inside and outside city boundaries, to address infrastructure challenges. What benefits do these assets provide? How do they help improve the performance, or reduce the vulnerability of gray infrastructure?

One step in this direction would be city report cards for green infrastructure — similar to the ASCE’s gray infrastructure report cards — to inventory natural assets, assess their condition or health and identify the benefits they provide. This simple tool can help city leaders and the public understand how healthy their natural assets are and what they are able to contribute to water, climate or health goals. By framing green and gray infrastructure in the same way, we can begin to consider both types and identify the best mix for the outcomes we need.

Cities and their utilities should embrace natural asset management. In the same way that well-managed utilities strategically assess their gray assets, we can evaluate our green infrastructure base: what assets do we have, how much do these assets cost (to acquire, maintain or replace), what values do they provide, what maintenance is needed, how long will they function, and what risks are they exposed to?

The Water Research Foundation in the United States is developing guidance that can help water utilities incorporate natural assets in their asset management plans as business as usual. Cities in Canada and elsewhere are beginning to embrace the concept of municipal natural assets and taking a comprehensive look at how to optimize the benefits they provide by reducing urban flooding, improving coastal protection and contributing to better health (PDF) outcomes. And programs such as Seattle’s Outside Citywide are taking a comprehensive view of open space assets to improve how these spaces provide services and benefits beyond recreation, and equitably, to a wide range of urban residents. Green infrastructure often will be the preferred option under new policies such as risk-informed investments, that require new infrastructure to demonstrate that it is resilient to climate change.

Governors of both red and blue states support green infrastructure in the infrastructure principles (PDF) they submitted to the 116th Congress. Both rural and urban communities will benefit from greater attention and investments in green infrastructure. The coalition behind the Green New Deal is focusing on land-use as a core strategy to reduce emissions and pollution. Through payments, incentives and technical assistance to farmers adopting sustainable practices, this could provide a significant boost to rural economies. A healthier population would reduce health care costs and the burden these rising costs place on our cities’ economic growth, freeing resources for other priorities such as affordable housing and education.

Finally, cities never own or control all of the green infrastructure from which they benefit. Taking full advantage of the resilience benefits of green infrastructure will require cities to forge new partnerships and work with a more diverse group of urban and rural stakeholders. This in itself can build stronger social bonds and reveal shared interests across our existing social divides. As we keep the conversation going on new infrastructure investments, it’s time to design smarter 21st century systems that restore and maintain green infrastructure as a critical component of urban resilience and vitality — delivering for all of us on water security, jobs, climate resilience and healthier communities. 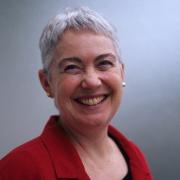 As companies get behind the tree-planting movement, here's how to get real climate results

See all by Jan Cassin