A few weeks ago I presented to state regulatory commissioners at the NARUC fall meeting, and many of the questions coming from utility commissioners were about combined heat and power.

This attention on CHP (a way to use technology to take heat that would otherwise be wasted and use it for power generation) is not isolated. Congressional offices have been trying to develop legislative strategies to encourage CHP; environmental groups are looking at it as a bridge to a low-carbon economy; large industrial consumers are looking at it as a path toward modernization of the manufacturing base; and utilities are starting to consider it as an alternative to building new generation power plants.

The 15-year-old goal of increasing CHP’s visibility that led to a national CHP strategy and the founding of the U.S. Clean Heat and Power Association are finally being realized: CHP is finally a hot topic. The question now is:

Is CHP ready for prime time, or will we need a new business model to take advantage of this historic opportunity? 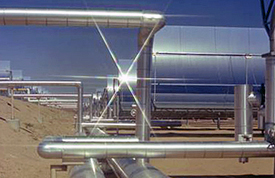 For the first time in several decades we are entering a period of significant investment in new generation and transmission. Several forecasters have projected that we could see on the order of 150 GW of new conventional generation and associated transmission assets by the end of the decade. About 40 GW of this new capacity will likely replace retiring coal plants. These plants will likely be shut down due to environmental regulatory changes and shifts in fuel markets that make the continued operation of some older power plants uneconomic. The balance of new generation capacity will likely be deployed to meet load growth and regional shifts in demands due to changes in our economy.

These utility supply investments would raise electricity rates significantly, perhaps 20 percent or more, to recover the new capital costs. Public officials are loath to approve these rate increases in the current economic environment, and are looking for lower-cost alternatives to expand supply and meet new demand.

Reports, such as the State and Local Energy Efficiency Action Network’s Industrial Energy Efficiency and Combined Heat and Power Blueprint, that suggest that 40 GW of new CHP capacity is achievable by 2020 at half the cost of new gas-fired electric-only generation have attracted the attention of policy leaders. Similarly, we’ve seen industrial leaders embrace the idea of CHP as a way to modernize manufacturing while containing potential rises in electricity rates.

However, the CHP market is not currently in the position to take advantage of this shift in electricity markets, and is viewed as soft by developers in most states. This market softness comes despite significant advances in CHP policies at the national and state level – a 10 percent federal investment tax credit enacted in 2008, complementary incentives in a number of key states, and even support for CHP at the Federal Energy Regulatory Commission (FERC).

This market softness hasn’t always been the case. Following a period of robust expansion beginning in the mid 1990s, installed CHP capacity increased from about 46 GW in 1996 to over 80 GW by the mid 2000s. It stalled at this level, and now stands at about 86 GW, delivering over 12 percent of U.S. electricity supply (PDF) annually.

The market’s lack of robustness results from a number of factors, many related to market conditions rather than CHP-friendly policies alone. High and volatile natural gas prices coupled with comparably stable electricity prices increased the calculated future financial risk for CHP projects. As the economy softened in late 2007 and into 2008, private sector investment declined, further discouraging any investments at all. And with the softening economy, energy demand was depressed, making CHP investments even less attractive as energy prices fell.

This brings us to the current market situation today. Even now as the economy is pulling itself out of a recession, private sector investors are setting fairly short-term investment horizons, usually of four years or less.

Since CHP investments are major, long-term projects with typical economic lives of 10 years or more, we’re seeing a fundamental mismatch between the private sector financial thresholds and the required investment horizon for CHP. The only place we are not seeing this mismatch is the institutional market of universities, hospitals, and public campuses, often in conjunction with district energy systems. 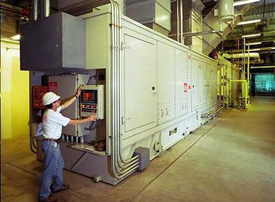 The International District Energy Association (IDEA) reports significant interest and activity in CHP among its members. This activity is occurring in part because of the longer-term investment horizons of these institutions. They are prepared to invest now to realize the substantial energy cost savings and risk reductions available from CHP over the long run.

For private sector investors to follow these institutions the CHP community needs to embrace a new business model that is able to capture the opportunity to lock in long-term reduced electricity and energy costs during this period of generation capacity expansion.

A logical path to explore would be for utilities, which are similar to institutions in their investment horizons, to play a role in developing or financing CHP projects. Some utilities are beginning to explore this idea, but it will require a substantial shift in the regulatory business models for our electric utility companies, as a recent ACEEE white paper discusses.

Unfortunately, this shift will require significant discussion among groups that haven’t historically exhibited strong lines of communications. Over the past six months, I have been party to discussions among a diverse range of stakeholders concerning CHP, ranging from CHP advocates to environmental groups to industrial leaders to utilities to policymakers.

What has struck me is the inability of these groups to reach outside their networks to engage others who are critical to exploring and deploying these alternative business models. These networks lack a single forum. Such a forum could convene all stakeholders to discuss a path forward that would benefit all parties and help us all realize the full potential of CHP to improve the U.S. economy, our energy security, and our environment. 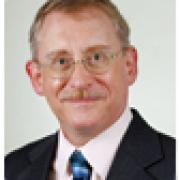 Here’s how to decarbonize industry and fight climate change

See all by Neal Elliott