Coming of age at the end of nature

Coming of age at the end of nature

This is an excerpt from the book "Coming of Age at the End of Nature: A Generation Faces Living on a Changed Planet" by Julie Dunlap and Susan A. Cohen, published by Trinity University Press.

We’ve got tricks to get grub. We’ve specialized. We convene and share our food. We’re underemployed — staffers at local nonprofits because we believe in a more sustainable future with our hearts in the right places. And nonprofits know how to take advantage of youth.

A white girl I know works with the homeless, and she has to cash in food stamps because her paychecks don’t cover the full cost of living under a roof. She wants to be social, though, like a normal 23-year-old, and she believes in fostering a sense of community, so she hosts potluck-style "Sunday Night Dinners" with standing, open invitations. She’s got interesting tastes, and she always buys products like prosciutto and ciabatta bread to add to the array and to show us what these foods are like. Each week, we can share our food and eat her food stamps, too.

One of my male friends works for a door-to-door politics information and donation-solicitation company. He gets paid for each donor signed, works 60 hours a week and barely makes rent. So he got a side-job cleaning out foreclosures and evictions, and his boss is kind enough to let the guys keep the food from the pantries. They divvy up the goods after each job. Last week, he made a windfall: a bomb shelter in a basement with 10-pound bags of freeze-dried food. Each morning, he’s been breakfasting on a cup of dehydrated bananas, or as we’ve been calling them, "astronaut crumbles." 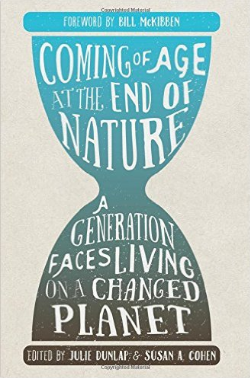 Another friend works with one of those save-the-gray-wolf outfits, and he came up with one of the best food scams I’ve ever heard of. He’s never been shy about calling customer service satisfaction lines and complaining that the product was faulty or had expired before the best-by date. Weeks in advance, he plans what he will eat, goes to the grocery store, and writes down phone numbers on packaged food he’d like in his cabinets. Then he calls to complain; coupons come by mail. The scam also works with dinners at chain restaurants — calling Red Lobster to criticize the service granted him free bounty of the sea.

I polled my friends once for the recipes they used the most often — the cheapest ingredients, the biggest stretch of the dollar. They responded with ramen soup, lentil soup, kidney beans dressed up a little in garlic, oats and several varieties of canned tuna over pasta. I’m mostly living off of black beans and rice and, in the summer, fresh fruit.

I gather fruit from neighborhood trees. I have always foraged around the house; I’m from the country. You could catch and boil tiny crawdads and minnows from the creek, steal pears from someone else’s tree and taste-test foliage and berries for edibility. I only got poisoned once, after dining on several apples that must have been a little funky, because I spent the next day suffering from dizziness and headaches. Still, I’ve gotten food poisoning more often from cheap restaurant food than from trees.

A neighborhood I lived in had so much food in the summer and fall that I drew a map detailing the locations of apples, apricots, blackberries, cherries, pears, plums, and raspberries so I wouldn’t forget the following year. Other goodies grew in yards: chamomile, clover, dandelions, lavender, nasturtium and rosemary. While I’ve never asked permission, I choose plants in abandoned lots or apartment complexes before venturing onto private property. Usually, it’s sunny outside and there are people around, and when people see me picking fruit, they stop to join me.

Each morning, he’s been breakfasting on a cup of dehydrated bananas, or as we’ve been calling them, 'astronaut crumbles.'

Once I was at a plum tree in front of a complex, putting the fruit in a grocery bag. A blond couple came out from an apartment with a five-gallon bucket and asked if I knew how to make a plum pie. I recommended adding a touch of clove; I was planning on making spiced jam that I thought would go well with prosciutto and ciabatta. A middle-aged man pulled up, coming home from grocery shopping, and after unloading bags, he stopped to pick a few plums.

Then a passing car filled with Mexican-American gangsters screeched to a halt. The tattooed gangsters got out and the blond couple went inside. The vatos asked me about the tree and I answered their questions: no, I didn’t live here or own the tree; yes, the plums are very juicy and sweet; yes, come try some with me. They ate some. The blond couple returned. Some teens sauntering down the sidewalk saw us all there and asked to have some plums. Soon almost a dozen people were around this one tree, everyone enjoying plums.

Such scenes never developed when I picked through a dumpster behind a restaurant. I only went dumpster diving a couple times, and I never went alone. Bakery trash was the best bet because bagels are baked fresh every morning and, if not sold that day, are thrown out. One can collect a month’s worth of bagels with some — what I would like to believe was cinnamon — goo spilled on them.

Even though the food has become trash on its way to the landfill, to rot with defunct electronics, cat litter, decapitated Barbies, "organic" and inorganic goods, and even though young people in Portland were making it look hip, normalizing the behavior, rooting through a dumpster for bagels still felt gross — desperation mixed with thievery. When imagining what I would say to a cop if one showed up behind the bagel joint, I never found the right words to practice, the best justification. I’d rather not have been seen; I never figured out how to "own" the act like those hipsters who invited me along. That’s why it was preferable to go with someone else, a friend who’s better at talking, or at least another set of eyes and ears.

After I graduated college, the recession had hit what we hoped would be its worst point, and the best job I could land was an unpaid, illegal internship with a children’s theater nonprofit. Because during college I had only worked part-time, I did not qualify for unemployment benefits.

This food bank typically had the best food from Trader Joe’s and Whole Foods, and vegetables ripe beyond comparison from the farmer’s market. To get in, I simply had to stand outside in line for an hour, and on most visits, when it wasn’t raining too hard, I brought a book of poetry from the library to pass the time. Others in line, either out of boredom or curiosity, would often ask about these books. They’d want to hear a poem.

For a while I ate whatever I could combine from foraging with what the food bank offered.

Reading over Li-Young Lee’s "A Hymn to Childhood" — "Childhood? Which childhood?/The one that didn’t last?" — I spoke with some elderly Asians about memory, longing and racism in America while we waited for access to five pounds of frozen blueberries, a pound of lentils and so much imitation crab that we would later wish we’d never laid eyes on the stuff.

When I was stuck, broke and alone, I stayed with some homeless people in a tent city. I wish I could call it urban camping or some other euphemism, but the people were unpredictable and you could not see the stars. A Native American woman befriended me, and I believe, protected me. I think I reminded her of her teenage daughters whom she did not have rights to visit. She gave me a pallet to sleep on and some Oreos and Cheetos that were dropped off by some church group. She and I waited under a makeshift shelter with her flea-ridden puppy, waiting for a chain of social interactions to happen so I could use a cell to call a long-distance friend who could come help.

I’ve heard that we have programs in some public schools to teach children that food grows outside, not in fluorescent grocery store aisles, because our built environment disconnects us from our basic nature. But nature is more complicated than what is outside. It isn’t just the plums growing on the tree; it’s also adapting to the structures that control access to food, and succeeding in spite of them. Maturing in a recession means experiencing food scarcity, and we’re still the same basic creatures we’ve been for millions of years, highly adaptable and sociable.

Recently, on the sidewalk outside the food bank, on a dreary morning, I stood next to an African-American man who had a good spot under an awning and was doing something on his iPhone while we waited. I felt the cold down in my bones, and it was too wet to read poetry where I stood, so I asked him, "Are you checking in on Foursquare? Vying for a position as 'mayor'?"

He laughed and said, "Leaving a review of that stale bread I got last week."

We joked a little more and he let me stand under his awning, while he showed me an article on his phone. Later, perhaps, he would be cooking at home and posting photos of his dinner to Facebook or Instagram — inviting his friends to join him through their screens. Even if it’s not as cozy as a Sunday night dinner, dining would still be an activity to rally around, display and share.

As the rain picked up, I walked home through the city streets with a frozen chicken, a pound of rice and some bruised apples. A church bell rang through the elms, spring leafed out like a sphinx, and down the road I saw an apricot tree that will begin budding any day now.

In a small Alaskan town, entrepreneurs attempt to go from food insecure to secure

Local food is great, but can it go too far?

Can we continue to feed the world while doing less harm?