Communicating Climate Change: Getting Beyond the Usual Suspects

On September 9, the Oregonian headlined its Sunday edition with a story about the Greenland ice sheet melting much faster than scientists had predicted. The well-crafted story found the news "...particularly unsettling because elaborate climate models that scientists use to estimate the effects of global warming did not foresee it."

While many scientists had been warning that such acceleration could be underway and that we were entering unchartered waters, it's true that recent observations on different kinds of ice loss have not yet worked their way into global peer-reviewed models. Such is the nature of peer-reviewed science and the hazards in communicating such complexities.

The good news about stories like this -- if there's good to be had in such dismal news -- is that many media are not only giving more ink to climate change but they've also dropped the obligatory quotes that, for too long, fed the illusion of a raging debate in the scientific community. The bad news is that such stories risk creating a sense of futility -- either with the science itself or in agreeing on solutions that match the scale of the challenge.

That's deadly serious because, despite encouraging polls and myriad climate initiatives, there remains a yawning chasm between general awareness and sustained actions. Moreover, too many still perceive climate change as smacking of advocacy or political ideology, or at the least, distant from their own sphere of influence.

That reality became crystal clear in recent trips to Maui and Alaska this year.

More than 2 million people visit Maui each year. Most are drawn to activities enabled by the island's gorgeous marine ecosystem, with whale watching, snorkeling and various beach activities dominating "must do" lists of attractions. That ecosystem is hardly immune from the effects of a changing climate-from bleaching coral reefs to unstable krill populations in Alaskan waters needed to fatten the humpback whales before they seek shelter in Maui waters to mate and calve.

But two popular and respected attractions, often featured on eco-tourism tours, typify all-too-common obstacles in venues that would be particularly effective in translating abstract notions of climate change to the very attractions drawing visitors.
The Pacific Whale Foundation is a highly-respected nonprofit founded in 1980 to educate the public about whales, dolphins, coral reefs and the marine environment. Most tourists know the Foundation for its popular Eco-Adventures cruises out of Lahaina, featuring trained naturalists on board their catamarans. It's a fantastic way to enjoy the humpbacks while supporting an organization dedicated to their protection. In its own operations, they were an early adopter of biodiesel for their vessels and vans and now offer cash incentives to staff for low-carbon transportation. The challenge is connecting climate change to their tourism curriculum. On my second tour with them in April, for example, I asked the naturalist about the effect of climate change on the marine environment. While concerned about possible linkages, she regretted not being knowledgeable enough to offer insights; and that of her 70 or so tours, this was the first time anyone had asked.

Thirty minutes from the Lahaina harbor, 400,000 visitors tour the Maui Ocean Center each year. This state-of-the-art facility, encompassing a slew of interactive displays, outdoor pools and an impressive 750,000-gallon open ocean exhibit holding more than 2,000 fish, takes seriously its role of being the only facility in the world dedicated to fostering "understanding, wonder and respect for Hawaii's marine life." It also helps sponsor some of the Whale Foundation's research programs.

Like the Foundation, it hasn't yet made the connection between climate change and its educational mission with the public. In fact, when I asked a volunteer, not a staff member, about the climate connection, he picked up the microphone and cracked a joke to 100 or more visitors milling about the 360 degree acrylic tunnel about not seeing any icebergs in Hawaiian waters these days. Back on the mainland, I spoke with the Center's general manager who was disappointed with the volunteer's response but went on to explain the Center's dilemma in not having experts on a topic that still seemed saddled with mixed reports. Their response, for the time being, was to view the Center as an inappropriate place to discuss climate change.

Jump 2,800 miles north to Alaska. Here, too, stunning ecosystems are the prime calling card for tourists each year with glaciers heading most "to do" lists. One popular destination is just 30 miles out of Anchorage, the Begich, Boggs Visitor Center run by the U.S. Forest Service at Portage Glacier. We often had family picnics there in my childhood, and I well recall the small icebergs dotting the waters with ice cream-cone shaped mountains beyond.

Today, the Visitor Center sits on a moraine, while the glacier itself has receded out of sight from the observation decks. Tour boats charge $25 to ferry tourists out to its shrinking foot. Inside, well-designed interactive displays and theaters lead visitors through a changing landscape and talk of "catastrophic" glacial retreats. Surely here, of all places, there would be explicit information on global warming. But, no.

These are far from isolated examples. In May, the Smithsonian Museum of Natural History was criticized for toning down their exhibit "Arctic: A Friend Acting Strangely" for political reasons. Spokesmen for the museum demurred, explaining that their role was "to present the facts but not advocate a particular point of view," and that atmospheric science was outside their expertise so they chose to avoid the issue of what is causing Arctic changes. Hence, amidst the powerful chronicles of Arctic residents explaining how their lives are changing, visitors are left with deafening silences on the obvious questions of causes and potential solutions being considered.

Still, there are encouraging signs. The Pacific Whale Foundation plans new climate curricula for its naturalists; the Maui Ocean Center is exploring how to best address climate issues in its outreach programs and lecture series. The Portage Glacier forest ranger I talked to was, at that very moment we talked, reading a book on the effect of climate change on Alaska's glaciers provided by the National Park Service. The Australian Museum Audience Research Center in Sydney found in two on-line polls climate change to be the public's top priority for new exhibits and is now fostering dialogue about museums serving as trusted sources of knowledge for the public on such complex and timely issues. Indeed, the famed Science Museum in London, drawing millions of visitors each year, has tackled the whole gamut of issues in its "Climate Change: the Burning Issue" exhibit-ranging from scientific models to major "culprits" and Do-It-Yourself guides for individuals.

These are exactly the kind of steps needed to bring dialogue beyond the critical but "usual suspects" of political and advocacy forums to a wide array of venues that touch Americans in their working and leisurely pursuits. Just as we ask restaurants where they're getting their salmon to build demand for certified sustainable fish, we can start asking questions about climate change in any venue that has a natural stake in the issue to help bring climate change "home." Quickly. 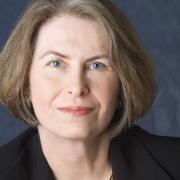 How the building industry can build on COP21

The Living Building Challenge: How Limits Can Liberate

The Human Side of Technology: Reflections on China

The Mainstreaming of Green Buildings (and Everything Else)

Pressure on LEED: Threat or Boon?

See all by Christine Ervin