It’s no mystery that utility animosity for rooftop solar is as deeply entrenched as the animosity consumers often have toward their utilities.

Most utilities around the United States are looking at ways to stop or at least slow down the adoption of rooftop solar through regulatory changes, but this might not be the smart way to address the spread of the technology.

In a recently published report, "Community Solar and Virtual Net Metering," Navigant Research identified the main disruptions that distributed generation can cause to utilities. Not surprisingly, at the top of that list was the reduction of revenue caused by net-metered rooftop generation.

For those consumers who have their own electricity-generating units, net metering allows for the flow of electricity both to and from the customer through a single meter.

With net metering, during times when the customer’s generation exceeds his or her use, electricity from the customer to the utility offsets electricity consumed at another time. In effect, the customer is using the excess generation to offset electricity that would have been purchased at the retail rate. This model does not charge the owner of the electricity-generating units for the service provided by the grid.

This is why utilities are fighting back against net metering all over the United States and why so many people in utility regulatory commissions and independent consultancy firms (including some of my colleagues from Navigant) are working hard to understand the true value of solar and the services that the grid offers.

But while utilities might have a valid argument, they are also pushing themselves further away from their main asset — their customers.

This is where a second disruptor highlighted in Navigant’s report enters into play: a move by customers toward PV and storage and their complete defection from the grid.

Grid defection sounds like a hermit dream that sees utilities as an adversary, but so was rooftop solar less than five years ago. Back then, the rooftop option was available only to wealthy people willing to pay a premium for their electricity to be green or as a first step toward energy independence.

The trick is finding a way to scale solar beyond one-off installations, making the fast-evolving world of pooled investments in community solar an intriguing proposition.

There are many definitions of community solar out on the market, ranging from PV systems on multi-family blocks to systems in the distribution network to midsize systems. Navigant Research views community solar as business model rather than a system feature.

For consumers, community solar offers a way to achieve a personal goal such as going green or, to some degree, energy independence at a significantly lower cost than rooftop solar. Large-scale community solar system costs per kilowatt can be half of the cost of a rooftop system, and without the burden of a consumer owning (or leasing) solar panels.

Deploying community solar also has benefits from the technical utility point of view. It helps utilities to keep control of the system characteristics — such as size, location and grid access point — to match the loads in a specific area and grid infrastructure already deployed.

During daily operations, utilities still can take decisions such as curtailment and access to Renewable Energy Credits (RECs) to help them meet Renewable Portfolio Standard requirements.

However, perhaps the biggest benefit of deploying community solar is not technical. The programs helps utilities sign long-term contracts with customers most likely to deflect in the next few years.

Community solar programs can be a first step in the transformation of a utility from an energy asset manager to an orchestrator of energy-related services.

In addition, and potentially even more important for a utility’s long-term prospects, it allows utilities to shift their customers’ perception of their utility from a rent-seeking natural monopoly to that of a trusted partner from which they could get other services in the future.

Managers should make sure that the program creates an emotional link with its customers, something that other program options, such as green tariffs, usually miss.

Internally, program managers should aim for operational confidence by getting buy-in from control room operators to make sure they are comfortable relying on and dispatching intermittent resources. These managers also should integrate community solar into resource planning/procurement of future generating assets. 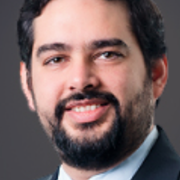 Decarbonization lessons after a month of social distancing

See all by Roberto Labastida