Scientists aren't mincing words about the potential ill effects of climate change, and consumers are listening. Businesses should follow suit.

It made the news, yet it wasn’t really news to those paying close attention.

The world’s leading international body on climate change, United Nations offshoot the Intergovernmental Panel on Climate Change, recently proclaimed that human-induced warming of the climate system is unequivocal and increasingly likely to result in permanent damage.

Specifically, the IPCC warned, “[C]ontinued emission of greenhouse gases will cause further warming and long-lasting changes in all components of the climate system, increasing the likelihood of severe, pervasive and irreversible impacts for people and ecosystems.”

Scientists may have expected this for years, but consumers are also getting the message. As many as 68 percent of consumers in 18 countries on five continents surveyed for National Geographic and GlobeScan’s Greendex study of sustainable consumer behavior and attitudes say that they trust scientists’ claims that the world’s climate is changing because of human activities.

Very few respondents — only one in 10 — distrust scientists' claims about human-induced climate change. People in the Anglo-Saxon countries (primarily the United States), as well as Japan and India, tend to be more skeptical and help pull down the global average. 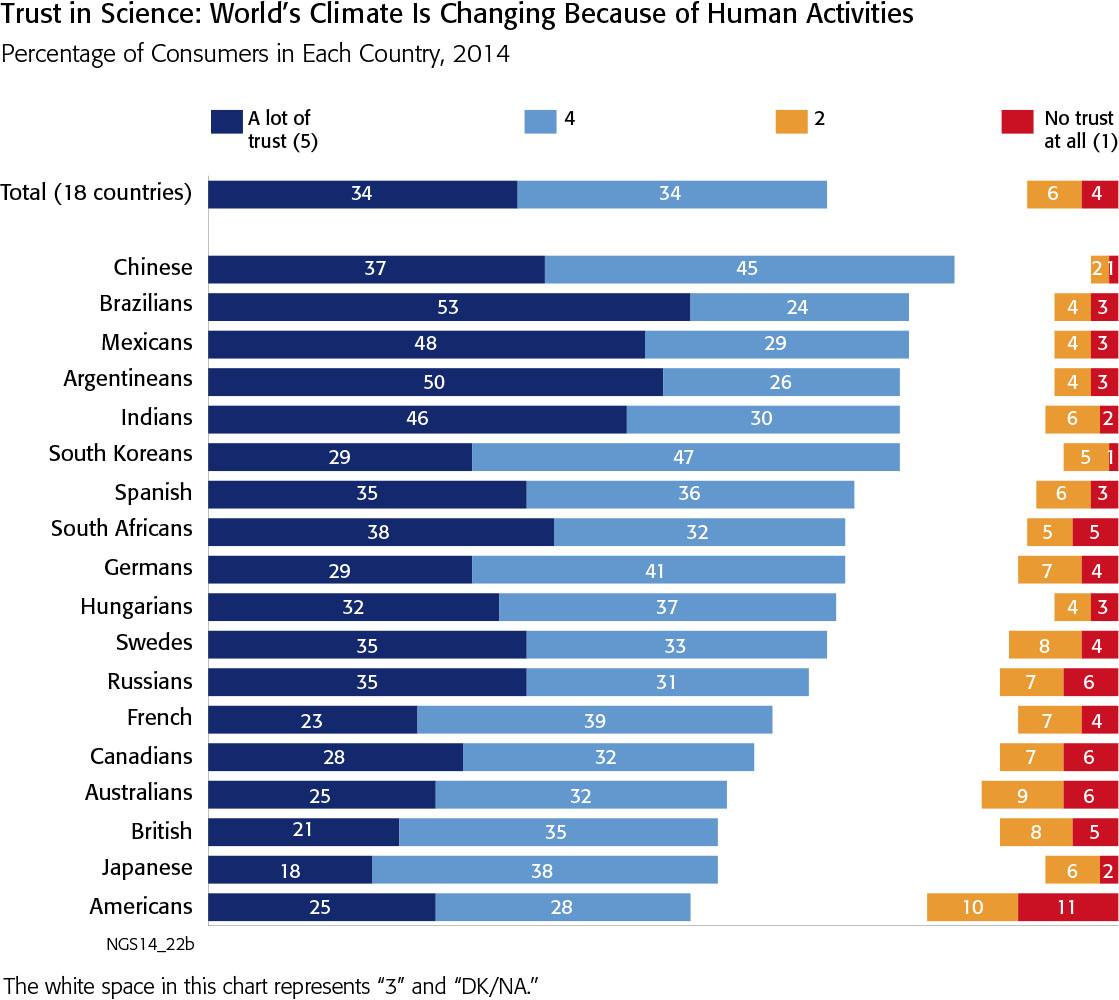 Results from the same study indicate that concern about climate change has increased in 12 out of 17 countries surveyed between 2012 and 2014. The majority of consumers in half of the 18 countries say they believe that climate change will have a negative effect on their own lives.

Not surprisingly, those living in markets such as Brazil, China and India tend to feel more threatened by climate change on a personal level. People in these countries also tend to agree that environmental problems in their countries are having a negative effect on their health.

Americans and Northern Europeans — perhaps spared more often from the direct effects of climate change, as well as other pollution — are less likely to worry about the effect that global warming may have on their own lives. How long that might be the case, however, is less clear. The study also showed that concern about climate change has increased between 2012 and 2014 in the U.S., as well as in countries such as Britain, Germany and Sweden. 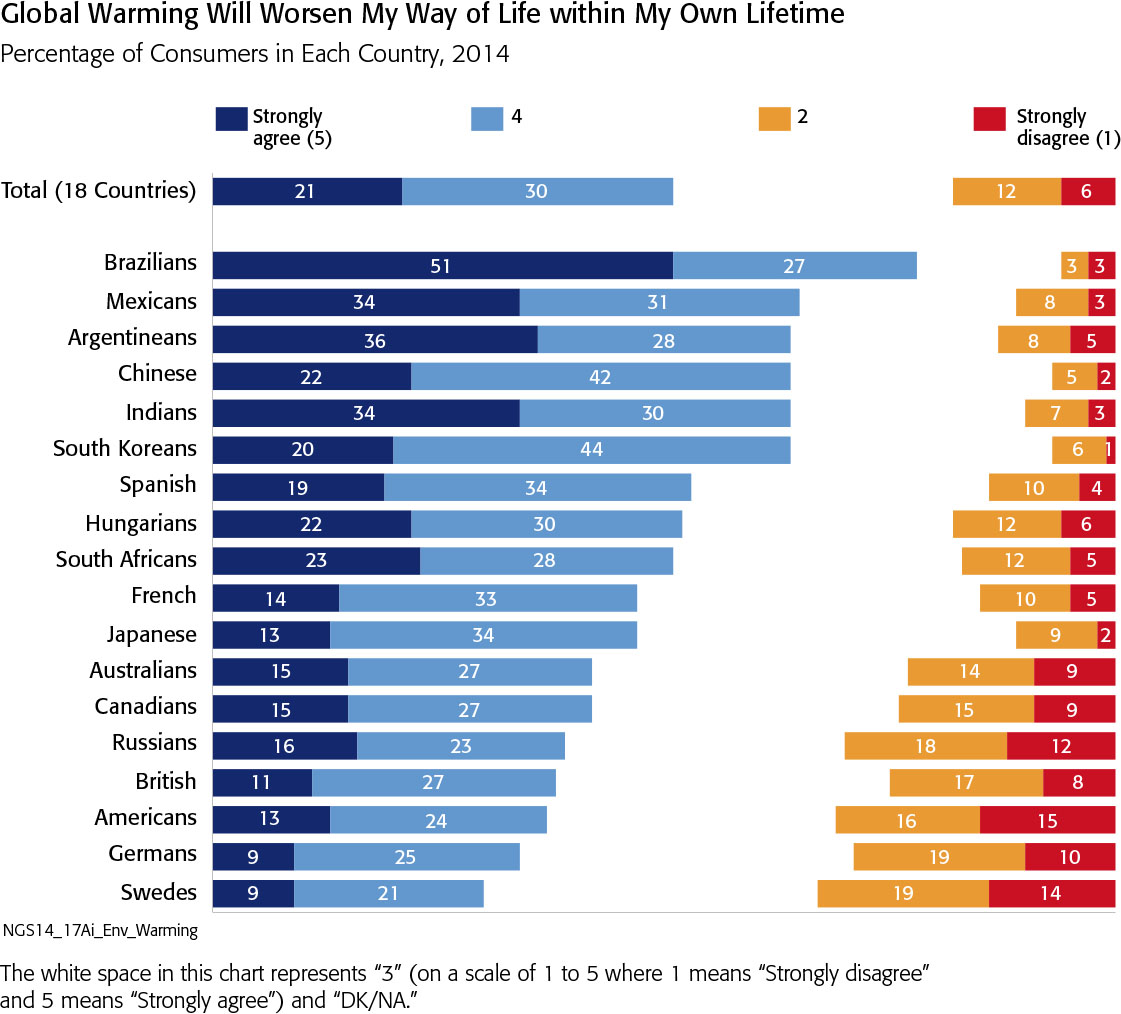 As concern about the effects of a changing climate increases among consumers, companies would do well to start taking a stronger position on the issue.

Many, of course, already have. Apple, Google and Facebook have committed to using renewable power to run their enormous data centers. HP has its “Moonshot” toward server efficiency, and CPG companies such as Unilever and Nestlé are taking action to stop deforestation due to palm oil production. However, these companies represent just a handful of the multinationals in existence.

As GlobeScan's Radar public opinion research in 24 countries clearly shows, scientists are far more trusted to act in the best interest of society than business, governments or NGOs. Companies that want to get serious about climate change should perhaps start taking a more science-based approach on the issue by endorsing the IPCC's findings.

There also could be an element of timeliness for such action in the run-up to the U.N.’s 21st Conference of the Parties on Climate Change (COP-21) set for 2015 in Paris. Companies could benefit from presenting themselves as more evidence-driven and open to collaboration with scientific institutions to help address the climate challenge.

More consumers are serious about climate change. Are business and government listening?