Concrete steps: Inside the building pressure to make climate-friendly cement

The world has a cement problem. On the one hand, it’s an incredibly versatile, relatively cheap building material. On the other, it’s a massive greenhouse gas emitter.

Both the industry itself and outside parties are working to address the issue. One set of efforts seeks to reduce the carbon footprint of the cement production process, while the other aims to develop alternative materials  — some of which help remove carbon. Both are making measured progress, but change may not be coming fast enough.

While we all generally know what cement is, it helps to start with a clear definition. Cement is essentially a binding agent that’s used in construction. It’s a powder made from lime and clay, and it can be mixed with water to form mortar or with sand, gravel and water to make concrete.

Cement is the most widely used human-made material in existence and is the source of about 8 percent of the world’s carbon dioxide emissions, according to U.K. think tank Chatham House. If the cement industry were a country, it would be the third-largest emitter in the world after China and the United States. Cement companies need to more than double their emissions reductions to keep average global temperature increase below 2 degrees Celsius, according to an April 2018 CDP report (PDF).

A majority of the sector’s emissions are inherent to its production process, making them more difficult to abate compared to other sectors.

CDP notes, "A majority of the sector’s emissions are inherent to its production process, making them more difficult to abate compared to other sectors." Chatham House echoes that sentiment, arguing that the industry is reaching the limits of what it can achieve with current greenhouse gas (GHG) reduction measures — the cement-making process itself needs to be overhauled in order for the sector to meet Paris Agreement targets. A commentary in Science last year noted that tackling cement’s carbon footprint will require a variety of approaches, including major changes in the materials used and the manufacturing process.

Recently, a broad swath of the cement industry has taken a stronger stance on reducing greenhouse gas emissions. The Global Cement and Concrete Association (GCCA) was launched in January 2018 to "drive advances in sustainable construction while demonstrating industrial sustainable leadership in cement and concrete manufacturing." The group, whose members account for about 30 percent of global cement production, announced the industry’s first Sustainability Guidelines in December, providing a framework for its members to monitor and report on emissions levels.

Part of the GCCA’s undertaking, however, appears designed to push back on estimates of concrete’s carbon footprint. The group says on its website that concrete has "a low carbon footprint" when its full lifecycle is considered and says "work is underway" to provide an "accurate" accounting of the industry’s contribution to global greenhouse gas emissions. Such messaging might reinforce what some observers view as a generalized recalcitrance among industry leaders.

"The global low-carbon transition is underway, and we are gearing up to unlock innovation and create the sustainable business of the future. The Paris Agreement has shown us the direction of travel. Science-based targets provide the roadmap to navigate the transition and ensure we play our part in delivering on the world’s low-carbon goals." 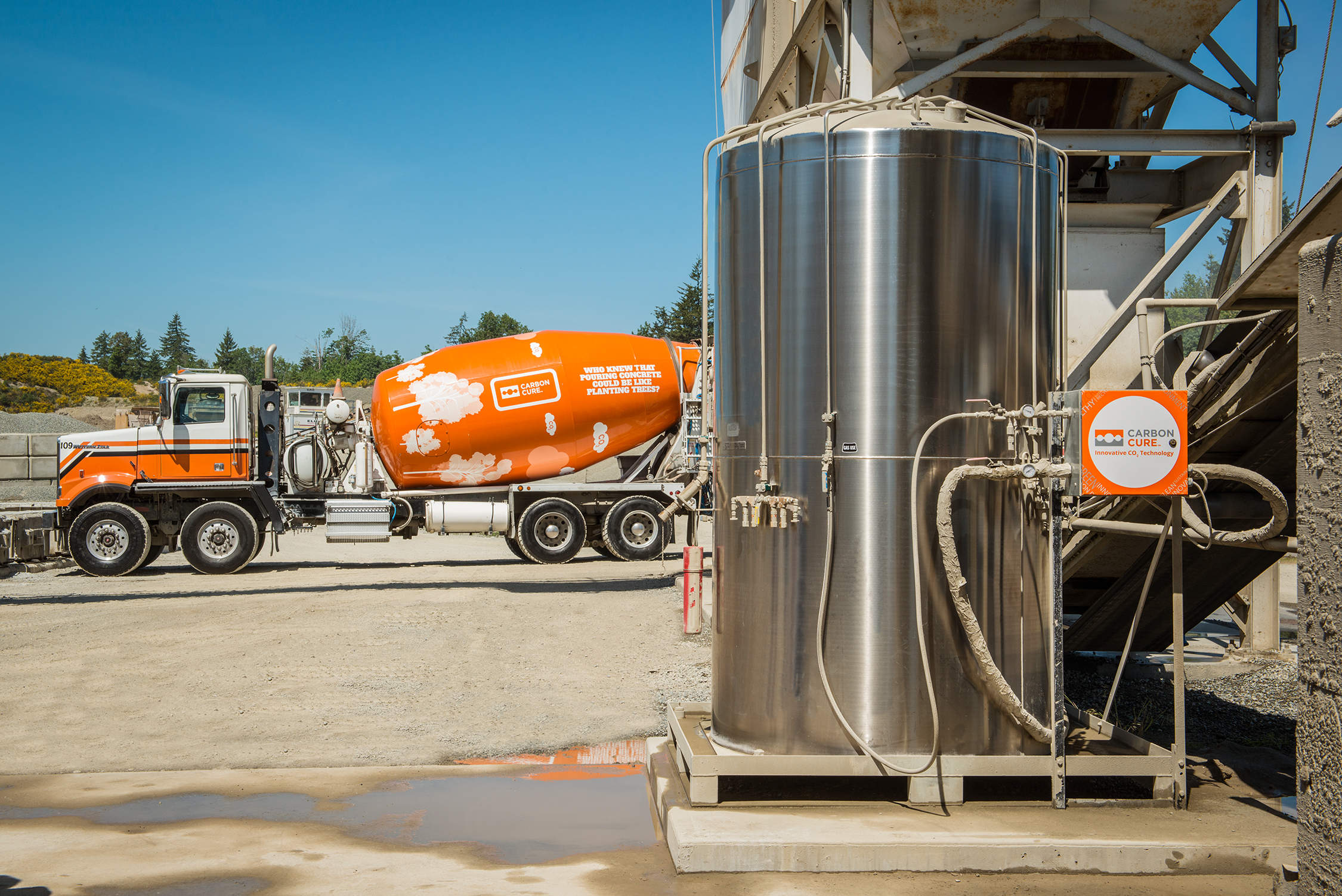 The role of carbon capture

The GCCA and others have identified carbon capture and storage (CCS) as an important technology for creating low-carbon cement. CCS technology captures carbon dioxide emissions at their source and injects them underground. However, as CDP notes, CCS projects are still largely at pilot stage in the cement sector.

HeidelbergCement is building what it has billed as the world’s first carbon-free cement plant, which will use a combination of waste-based alternative fuels and CCS technologies. The plant is scheduled to be operational in 2024. The company leads the industry’s main CCS projects, with little movement so far from other major players. Meanwhile, some question remains as to the safety of large-scale CCS uptake, as some scientists have found that it’s likely to increase the risk of earthquakes.

But what if that carbon could be repurposed, rather than injected underground? That’s the proposition of CO2NCRETE, a product developed by a UCLA research team that employs "carbon upcycling" to capture carbon dioxide emissions from industrial activities and use it to produce a cement-like building material.

Vegetable particles have been found to strengthen concrete while reducing the amount of cement in the mix, and researchers are evaluating whether bamboo and other fibers might work similarly.

The approach integrates several processes into a closed loop to produce what the researchers say is a nearly carbon-neutral construction material. The team says it has demonstrated the viability of the process and seeks funding to support lab-scale proof of concept. Should that be successful, it would allow commercialization of the technology in the ensuing five to seven years.

In a similar vein, CarbonCure captures carbon dioxide from industrial processes and injects it into concrete during production. This has the dual benefit of strengthening the concrete and trapping carbon dioxide permanently in the finished product.

The search for alternative materials

Part of Indian companies’ success stems from better access to waste-based alternative materials, such as fly ash and slag, that come from other carbon-intensive sectors. Fly ash is a byproduct of coal combustion and can replace from 15 to 30 percent (PDF) of the cement in concrete mixes without compromising strength or durability. Slag, a byproduct of the iron-ore processing industry, can be used in similar fashion.

Given these materials’ origins in other heavily emitting processes, they are likely only to be a near-term step on the way to a truly sustainable solution. CDP notes that European cement companies are already facing a constrained supply of fly ash and slag.

Researchers have had some early-stage success in identifying novel materials to partially or fully replace cement in the concrete production process. For instance, vegetable particles have been found to strengthen concrete while reducing the amount of cement in the mix, and researchers are evaluating whether bamboo and other fibers might work similarly. Others have used graphene to produce a new composite material that’s stronger and more water-resistant than concrete. Novacem, a British concrete manufacturer, has developed (automatic PDF download) a "carbon negative cement" that absorbs significant quantities of carbon dioxide as it hardens. However, as The Guardian reports, these promising ideas remain expensive or unproven or are based on scarce materials.

Ultimately, despite some intriguing ideas and developments, the cement industry’s progress toward decarbonization remains stubbornly slow, and research and development spending on solutions is low compared to other industries.

Paul Simpson, CEO of CDP, commented: "Cement is a heavy and largely invisible polluter, yet taken for granted as a necessary building block of basic civilization. With potential pressure coming from multiple sources, including down the value chain in the form of building and city regulation, cement companies need to invest and innovate in order to avoid impending risks to their operations and the wider world. There is a solution — cement companies just need to invest properly in finding it."