When a federal appellate judge last year struck down an important but lesser known corporate disclosure requirement of the Dodd-Frank Consumer Protection and Wall Street Reform Act known as the Conflict Minerals Provision, several business organizations filed suit. The National Association of Manufacturers (NAM) and U.S. Chamber of Commerce continued their persistent efforts to undermine Dodd-Frank rules through lawsuits claiming that such regulations are onerous, immaterial, nonfactual, and controversial.

While this antiquated view of commerce purports that such regulation is harmful to business, the fact is that this conflict minerals rule has been implemented with great success in the five years since it was established. Its intent is simple and important: to assure that companies source minerals responsibly, as in not from oppressive regimes well known for human rights abuses, the most notable country of which is the Democratic Republic of Congo.

Under the law, companies must examine whether the tin, tantalum, tungsten, and gold in their products may be contributing to conflict in the Congo republic and surrounding countries.  The significance of this measure is that industries that are the major purchasers of these minerals, such as automakers and electronics, must use their purchasing power to influence corporate practices in these countries rather than turn a blind eye to, or worse, knowingly support slavery and other abusive human rights practices by militias that control mining throughout the region.

The court’s judgment against the Securities and Exchange Commission brought by the big business consortium removed the regulatory requirement that companies report that their products have “not been found to be DRC conflict free.” In its suit, the NAM argued that required disclosure creates a situation where non-complying companies “bear a scarlet letter than is laden with value judgments and opprobrious connotations with which they strongly disagree, because the rule compels them to make a statement that ‘conveys moral responsibility for the Congo war’ and ‘tell[s] consumers that the issuers’ products are ethically tainted’.”

That’s precisely the point! The public has a right to know which companies are ignoring major human rights concerns in their operations. Companies that profit from abuses of people and nature are irresponsible, and this way of generating revenue, though a longstanding American tradition, is coming to an end because more and more consumers demand corporate responsibility.

Transparent reporting provides the public with such information and sets a reasonable ethical bar for industry to achieve, so the rule is not only not onerous, it is essential to assuring the stability of corporate procurement practices because it removes a major geopolitical business risk. Perhaps these business interests think customers don’t care about warlords, slavery, and other such matters, but more and more of them do, despite legal challenges to this regulation.

However, though companies don’t have to declare their products as conflict-free, they must still comply with the broader due diligence and reporting requirements, of the rule, and most are complying just fine. More than 1,300 companies filed proper disclosure with the SEC last year, proving that in reporting their supply chain due diligence activities and findings they are able to make responsible mineral sourcing purchases, thereby removing an important business risk that affects labor conditions in those countries and shareholders around the world that invest in these companies.

In addition, over 125 mines in the Dominican Republic of Congo have been certified as “conflict-free” meaning they are not under militia control, and 200 more will be certified this year. Solutions for Hope, which is led by the International Tin Research Institute’s Tin Supply Chain Initiative certifies that the minerals can be sold  as “conflict-free”,  while the parallel Conflict-Free Sourcing Initiative established a Conflict-Free Smelter Program to certify over 130 smelters and refiners, with 50 more in the pipeline.

That American business interests would file a lawsuit to undermine the obvious success of these international initiatives reflects their ongoing solipsism, particularly that of the U.S. Chamber of Commerce, in opposing any regulatory oversight that assures environmental, social, and governance responsibility. However, clearly they are on the wrong side of history.

Businesses can and surely are able to operate successfully, and profitably, in this sector while not contributing to brutal and oppressive regimes operating in politically volatile countries where abuse is commonplace. It’s as if these corporate interests don’t remember our own history of exploitation and corruption. Or perhaps they believe in doing whatever it takes to keep financial costs low, even the cost to humanity itself. It’s time this Neanderthal approach of selling one’s soul to make a buck becomes a distant memory and returns to the historical era where it belongs.

This is a pivotal point in our history.  The old way of doing business – profit at any social and environmental cost – is fading as we move toward cementing the new normal of making money in a responsible manner.

Businesses that are members of the U.S. Chamber of Commerce, Business Roundtable, and National Association of Manufacturers should use their power of membership to object to these frivolous lawsuits and advocate for responsible business practices, or they should consider terminating their membership and join the American Sustainable Business Council as an appropriate alternative. Companies should not risk their reputation for the sake of associations that do not understand the importance of ethical and humane operational policies and procedures.

Conflict-free mineral sourcing is one component of the responsible sourcing movement, which addresses a variety of social and environmental issues including palm oil and a myriad of labor, workplace safety, and environmental practices. For more information on this and related initiatives, visit the Responsible Sourcing Network. 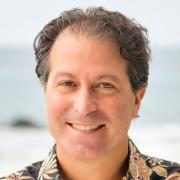