Conflict minerals reports are filed, but what do they say?

<p>Ernst &amp; Young tallies up the information presented to the SEC, but is there enough data to demystify?</p>

Most filers in this initial disclosure year were unable to determine the origin of conflict minerals (tantalum, tin, tungsten and gold, known collectively as 3TG) in their products. They described their conflict minerals status as "undeterminable" or made no declaration. While some stakeholders were anxious to see what companies had to say, those participating in efforts to comply with the SEC's new conflict mineral rule know well the challenges of completing these first-year filings. The complexity of supply chains created challenges for most companies. And there is still a long way to go.

Ernst & Young's recent study of conflict minerals filings — which may help serve as an early guide to the 3TG disclosure landscape and help facilitate an assessment of how companies compare — found data about reporting across all SEC reporting companies.

Only four companies obtained an independent private sector audit of their CMR that included the design of the due diligence framework used and activities undertaken. The vast majority indicated their reports were not subject to an IPSA, as the rule provides a two-year transition period for companies whose conflict mineral status is uncertain.

Most SD filers were headquartered in North America (85 percent), followed by Europe (10 percent), the Asia-Pacific (3 percent) and other areas around the globe (2 percent).

A close review of filings across S&P 500 companies turned up the following specifics.

Most companies were unable to determine the origin of 3TG in their products and will need the additional time under the transition period of the rule to work with suppliers. Many of these companies have complex supply chains and reported that suppliers did not respond to questionnaires or did not provide complete or adequate responses. Of those companies filing a CMR, only about half disclosed a supplier response rate, 40 percent identified the actual number of RCOI suppliers surveyed and 27 percent provided a list of smelters and refiners.

Around 90 percent of Form SD filings came from companies in 10 sectors, with a high concentration in the technology, diversified industrial products, consumer products and retail and wholesale sectors. Conflict minerals were not found to be a necessary part of the supply chains for companies in only a few select sectors: airlines, asset management, biotechnology, insurance and real estate.

The supply chain complexities will make it very difficult for most companies to ever definitively determine the conflict mineral status of their products. For those that eventually do, it may take years of due diligence efforts before they can credibly reach such determination.

Top image of tin ore by Sasha Lezhnev/Enoughproject.org via Flickr. 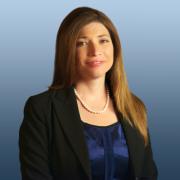 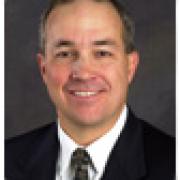 See all by Allie Rutherford