Peter Rumsey is the founder and principal of Rumsey Engineers, an Oakland-based engineering firm that specializes in high-tech facilities like data centers, clean rooms and laboratories. As the author of the Green Data Center column at GreenerComputing, he will be contributing to out coverage of energy efficiency in IT. For his first column, Peter Rumsey sat down for an interview with Greener World Media's managing editor, Matthew Wheeland.

Matthew Wheeland: Let's start with an overview -- tell me how you got started in this field, and where it's brought you to today.

Peter Rumsey: I started working in energy efficient design when I was in college. Actually, during the energy crisis in the '70s, when there was a lot of thought and excitement about how can we use less energy in buildings. I studied engineering in college at U.C. Berkeley and have spent the rest of my career either consulting or designing energy efficient buildings. And as a mechanical engineer I've been focused on HVAC systems in buildings but I've also worked on a wide variety of other energy issues, such as lighting and industrial processes and also IT equipment.

Rumsey Engineers has also done a significant amount of work with both Lawrence Berkeley Labs and PG&E on benchmarking data center facilities over the last 10 years. What that entails is going into a wide variety of different types of data centers, large and small, and measuring the power consumption, measuring the consumption of the cooling equipment, the uninterruptible power supply equipment, the IT equipment and understanding how much each component contributes to overall energy use.

MW: And you're also working on this same topic as a fellow with the Rocky Mountain Institute this year, right? Tell me a little bit about what you're doing at RMI.

PR: Well, at RMI we're working on a wide variety of industries, looking at new facilities and how to make them take significant leaps forward in energy efficiency. As a fellow there, they call on me pretty frequently to go work with large industrial clients and large building clients to look at ways of improving energy efficiency with them. We've worked on mining facilities, we've worked on oil platforms and refineries, we've worked on clean room facilities, laboratories, shopping malls and data centers.

MW: What's one of the notable projects you've worked on, whether it's the biggest or whether it was one of the most challenging. Which one jumps out at you most?

PR: One of the most exciting ones that we've worked on recently is the U.C. San Diego supercomputer facility. It's a research facility that is one of a handful of research institutions in the U.S. that have supercomputing facilities, and they wanted to expand their data center facility to accommodate the next generation of computing equipment.

The design for that facility was in the 4-megawatt range of total power consumption, which included the IT equipment as well as the cooling system. And we did the design in a way that was very energy-efficient. We were able to get a $150,000 rebate from San Diego Gas & Electric, and we should be achieving somewhere in the neighborhood of 35 percent lower energy through simply designing a better cooling system.

MW: What are some of the biggest changes you've seen happen in the last five or ten years and what do you think are the next big challenges the company should be expecting to come down the pike?

At the same time, we've seen the size of servers decrease significantly. When we first started working in the IT world 10 years ago, we would have a rack of servers that would consume in the neighborhood of one maybe two kilowatts, and today we're being asked to design facilities where an individual rack can use up to 40 kilowatts.

So that's easily been the most important development over the last decade when we started talking about the environmental impact of IT facilities. And it's having a big impact on the whole cost structure and total cost of ownership model. Where energy before was a small part of that equation, now it's become a very important part of the equation.

There's a consensus developing that within a few years the energy costs of running a server facility will be more than the cost of the IT equipment itself or the depreciation of that IT equipment. And so suddenly IT managers, CIOs and all the way on down the food chain of the IT people, they're having to learn about energy consumption, energy costs in the data center facility.

MW: That brings up an interesting topic: in many companies, you often don't have the same departments looking at the same numbers. For instance, the IT department is only in charge of building the IT infrastructure, but doesn't necessarily take the power or cooling costs into account. Do you find this to be a recurring obstacle in the industry?

PR: Absolutely. There's a great saying that Mark Bramfitt from PG&E has: "if your IT manager is not looking at the energy bills that are the result of the IT equipment, they should be and every month the IT manager should see the energy bill."

If you take a one-megawatt facility, roughly speaking, it's going to cost somewhere in the neighborhood of a million dollars per year to power the IT equipment and also to cool one megawatt of IT power. And there are a lot of larger facilities being designed today at 10- and 20-megawatts. Ten megawatts alone could result in somewhere in the neighborhood of $10 million per year energy bill.

What we've seen is that the people purchasing IT equipment are buying based on its processing or capacity and they don't look at the energy consumption until they start to use their total cost of ownership model and they start putting in the energy numbers and now that they're getting high they start to see that that's an important part of it and they're starting to think about it.

MW: And what kinds of solutions do you suggest to clients? Are there options that have worked well in past projects?

PR: Over the last decade of doing IT facilities, one option that works very well is using outside air for cooling in moderate climates like California. Another option is using what we call water-side free cooling. That's where you use a cooling tower to provide chilled water that then goes into the cooling units or the Computer-Room Air Conditioner units in the server facility.

Other things that have been very successful and very simple is using variable speed drives on your air handlers or CRAC units when you have a chilled water system; moving to a chiller system instead of an air-cooled condenser; and better air flow management in a server facility is also really important. But the list goes on and on from there.

MW: That's an impressive leap -- but are some of these various methods of lowering cooling costs or energy costs, things like cooling towers or top-of-the-line servers, are they available to smaller or medium sized companies or are they priced so high that they're restricted mostly to big companies with really large energy needs and the budgets to match?

PR: Well, bigger companies obviously can afford more sophisticated operations, so they can develop and refine these practices. But that ends up really making the ideas more practical and commonplace for small to medium-sized companies. Something like using outside air cooling can be fairly easy, as long as it's thought about ahead of time. But if you're a small company, just getting started, and you just throw your servers in anywhere and cool it with whatever's available then it's harder to make a big change down the line.

In the smallest server facilities out there, or even just the closet where you keep your server, selecting the more energy efficient cooling equipment can make a big difference. Although in the past we would tell smaller companies to just get whatever's the cheapest, when we've looked at the small-sized equipment, one manufacturer compared to another might have the same cooling capacity but a 10 or even 20 percent better energy consumption.

MW: All right, so if we want to talk about the bottom-line takeaway here, what's the one thing you encourage all your clients, or anyone working in IT or other energy- and computing-intensive industries to really keep in mind?

PR: I tell people that obviously, simple improvements in energy efficiency within data centers are going to be required just to keep up with your competitors. But if you want to be out in front of your competitors you really need to look at ways to significantly improve the energy performance in your facilities.

As an example, there's a co-location facility that we've been working with, which I can't name because of trade secrets, but these guys are in the business of renting out data center space, and their energy costs are in fact more than half of their total cost of doing business. 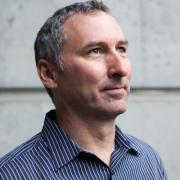 See all by Peter Rumsey