New research in the United States and across 25 countries reveals significant opportunities for business and government to enable sustainable living for the benefit of both people and the planet. Results from GlobeScan’s Healthy & Sustainable Living Consumer Insights Study 2019 show that many Americans are very concerned about environmental issues and many are interested in leading healthy and sustainable lives, but few are able to do so effectively. People say they need government and business to help, not least by providing products and services that make healthy and sustainable living affordable and easy.

The Healthy & Sustainable Living study (PDF) was collaboratively designed and launched with a range of partners including IKEA, P&G, PepsiCo, VF Corporation, Visa and WWF International to help companies better understand the barriers and enablers of living in a way that is good for people and the planet. The study surveyed 25,000 people across 25 countries, including 1,000 respondents in the USA, to explore current understanding, concerns, expectations and opportunities to support healthier and more sustainable lifestyles.

Most Americans are concerned about the environment

Findings indicate that a majority of people in the U.S. are worried about the environment and pollution, as well as the depletion of natural resources. Just under half also say that climate change, biodiversity loss and freshwater shortages are also very serious concerns. Like for most other countries in the study, young Americans tend to be more concerned about environmental issues — particularly those in the 18–24 age bracket, or Generation Z. Young U.S. respondents also tend to feel much more guilty than others in the country about their own negative effects on the environment.

However, when it comes to the issue of climate change, respondents younger than 45 tend to express similarly high levels of concern, contrasting with less concern among those 45 and over. 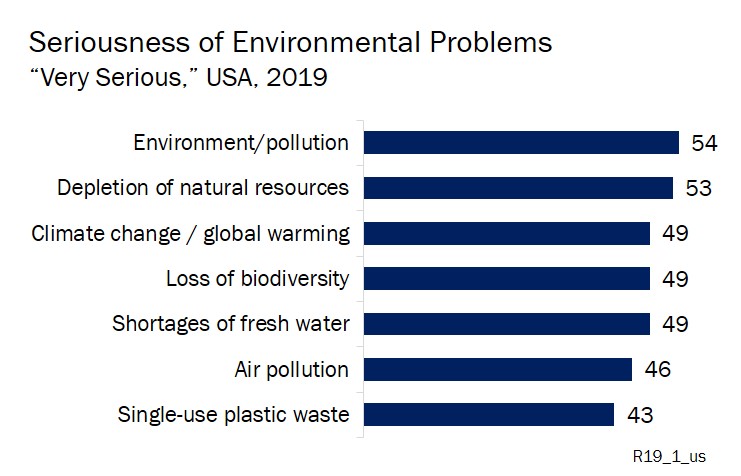 That being said, Americans tend to be less concerned about these issues than people in most other countries surveyed. While two-thirds of consumers in the 25 countries on average say that environmental problems and pollution in the world is a "very serious" problem, just over half of Americans agree. On average, as many as 62 percent of people in the 25 countries view climate change as "very serious" compared to just under half of Americans. American consumers are also much less concerned than most others about single-use plastic waste, with only 43 percent saying it is a very serious problem compared to 60 percent among the full sample across 25 countries.

The timing is right for engaging American consumers on the topic of healthy and sustainable living, as many U.S. consumers say they want to live healthier and more sustainable lives. Almost four in 10 American respondents claim it is a priority for them to live in a way that is good for themselves, good for other people and good for the environment. However, only 6 percent of American consumers, the same proportion as on average across the 25 countries, claim to be currently living a completely healthy and sustainable lifestyle.

Many U.S. consumers are likely to be open to the notion of becoming healthier and more sustainable, but are not yet fully motivated, presenting a great opportunity for companies to help them deepen their engagement. Four in 10 American consumers (42 percent) say they are only living a "moderately" healthy and sustainable lifestyle, and almost half (49 percent) say they are currently making a "moderate effort" to improve. These are consumers who likely can be convinced to change their behaviors if this becomes easier for them to do. This is an opportunity for actors such as government and companies to provide leadership to meet the urgent need for people to become healthier and more sustainable and to help bridge the gap between intention and current effort.

Lack of affordability is the greatest barrier

So what is stopping people from living healthier and more sustainably? American consumers strongly point to a lack of affordability as the key barrier to behaving in ways that are healthier and more sustainable, with almost six in 10 (58 percent) choosing "too expensive" as being one of the most important factors stopping them from changing their behavior. This is a significantly larger proportion compared to just under half of the global average (49 percent). In the United States, as well as in the other markets surveyed, broader access to healthy and sustainable offerings for consumers is the most impactful action that companies can take to help consumers become more sustainable.

A relatively large proportion of Americans also say that they prefer the way they live now, which is preventing them from trying to be healthier or more sustainable. More than one-third of U.S. consumers (35 percent) say this is the case compared to one-quarter (25 percent) of the average across the 25 countries surveyed. However, younger Americans who are more concerned with environmental issues and who feel more guilty about their own impact are far less likely to say this is the case for them.

American respondents also highlight a lack of support from government and a lack of reliable information on how to live differently, suggesting an unmet need for government, as well as brands, to support them with more information and choices to help them shift their current behaviors. Although the main barrier to healthy and sustainable behavior for young American consumers is a lack of affordable options, those in the 18–24 age bracket are also much more likely than others to say that they do not know how to make lifestyle changes, suggesting this is the demographic that is most in need of engagement. 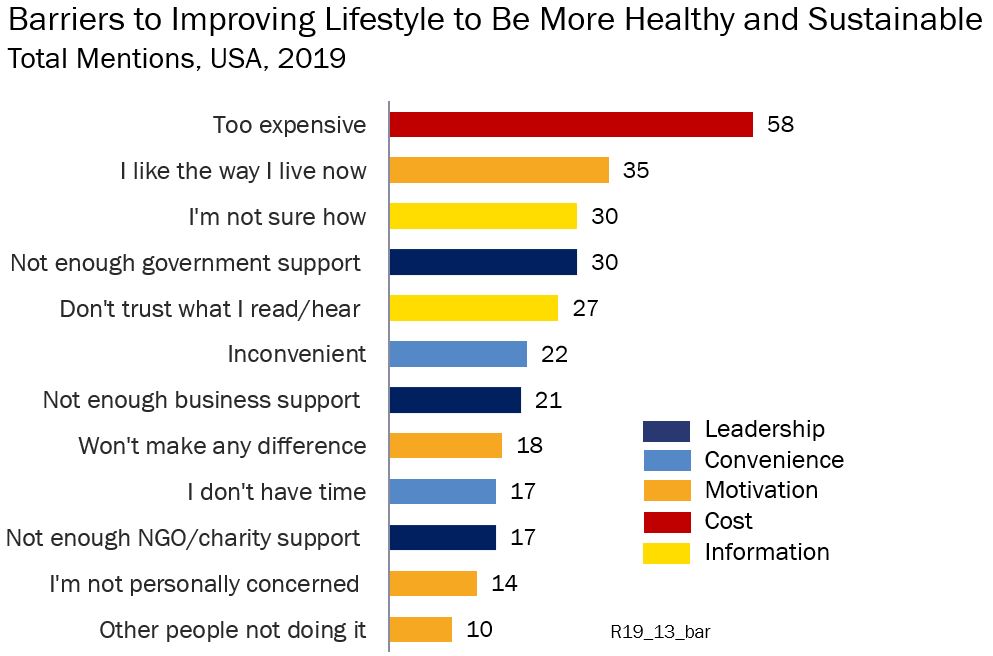 The science tells us that consumer behavior change is urgently needed, especially in the United States where people tend to leave heavy environmental footprints. Results from the Healthy & Sustainable Living study show that companies can help, especially by providing more access to sustainable lifestyles by making it cheaper and easier to take part, and by promoting the improved quality of life and the satisfaction brought by living more healthy and sustainable lives. 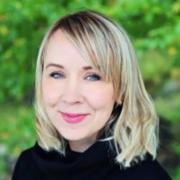