Lithium-ion batteries — the kind in your cell phone, laptop and electric car — have utterly changed computing. These batteries are also transforming transportation and the power grid.

Some key characteristics of the modern lithium-ion battery can be traced back to work in Japan in the 1980s, including by Akira Yoshino, a chemist who helped develop some crucial breakthroughs while at chemical giant Asahi Kasai. Yoshino’s work helped lead to a lithium-ion battery that uses carbon and lithium cobalt oxide and could hold considerably more energy than the standard mobile batteries at the time.

For his scientific contributions, earlier this month Yoshino received the Japan Prize, a prestigious award given to a couple of scientists and inventors of any nationality every year. Last week he attended a celebration, attended by Japan’s Emperor Akihito and Empress Michiko, to receive his award.

In the weeks before the ceremony, I spoke with 70-year-old Yoshino over the phone from his office in Tokyo. Here is a lightly edited and translated conversation.

Fehrenbacher: Tell me about the state of rechargeable batteries when you began your research many years ago. Where was the battery in terms of what it could provide back then?

Yoshino: It was over 35 years ago, in 1981, when I started my research on batteries. Back then what was available for the mobile rechargeable battery was the nickel-cadmium based secondary battery.

Fehrenbacher: That battery was powering what devices?

Yoshino: Back then it was used for charging the rather small-sized electronic devices such as portable radios.

Fehrenbacher: What led you to discover these breakthroughs for the lithium-ion battery — the carbon and lithium cobalt oxide and the design of the battery?

That had to do with issues related to the material used for the anode. This research initiative started not fully focused on batteries. It started from the study on polyacetylene [a conducting polymer], through which electric current can flow. Because this was a material through which lithium-ions could pass through, this had a possibility to be developed into the anode for the secondary battery.

To develop the battery where the anode is made of the polyacetylene, the only material that was suited and available for the cathode was the lithium cobalt oxide. That development was achieved in 1983.

But we continued the evaluation and research and eventually, the anode material was replaced with carbon instead of polyacetylene. That’s how the lithium-ion battery you see today was developed. 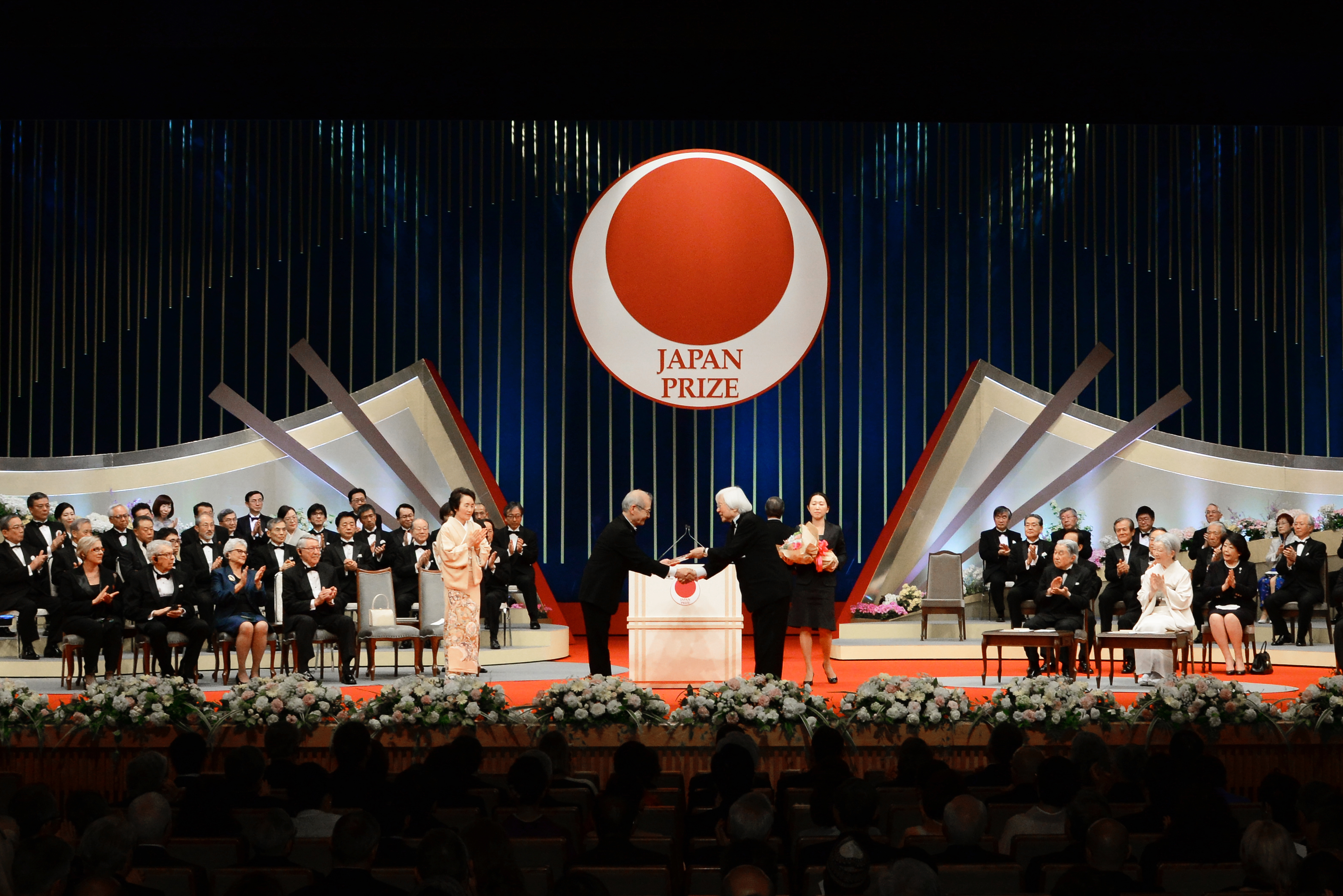 Fehrenbacher: For readers that might not know details about the lithium-ion battery, what did these details enable in the battery?

Yoshino: I would say that the greatest achievement with this breakthrough is that we created the battery which is small and lightweight.

Fehrenbacher: When you look at the lithium-ion battery market today, are you surprised that it’s grown so large and so important for computers and cell phones partly based on these core breakthroughs?

Yoshino: Back in 1985 when we were promoting research and development around this battery, the market that we were targeting for the battery was the video camera.

And the size of the market for the video camera recorder was about 1 million batteries per month. Back then I thought that was a really sizable market.

The battery for the video camera for the recorder market that exists today in total demand represents only .2 percent [of the total battery market]. That means the market that we envisioned back then actually turned out to be 500 times larger.

Fehrenbacher: Is there battery research that you’re watching today that you think is particularly interesting for the next generation of batteries?

Yoshino: I would say that major breakthroughs have been achieved in the past few years in the field of solid-state batteries.

The advantage of solid state batteries is that against expectations it has proven to be quite excellent in terms of the output properties and low-temperature performance properties.

From a scientific point of view, we’re now seeing the rising interest and research in the basics of the behavior of the lithium-ion battery. 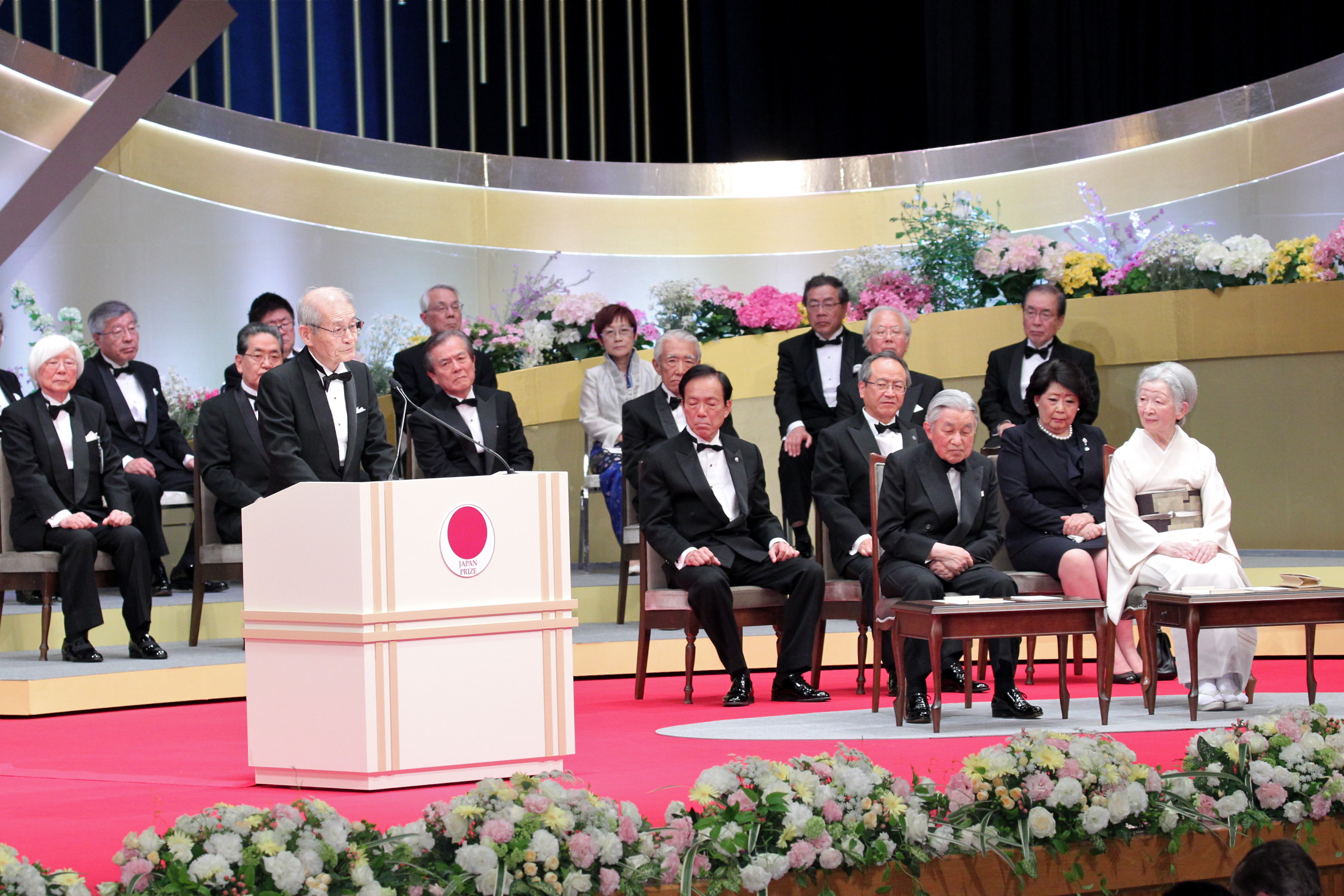 Fehrenbacher: What inspired you to become a chemist and work on energy storage?

Yoshino: I received the first inspiration to pursue science from my teacher in elementary school. That teacher was a chemist by training and he taught me a lot about chemistry. He also suggested that I read the book titled "The Chemical History of a Candle," by [Michael] Faraday, which was considered important reading in that field.

Fehrenbacher: What advice would you give to young people that are interested in working in science, chemistry and battery technology?

Yoshino: Today society is revolving around the internet and we’re faced with a glut of information.

Young people tend to misunderstand that there is nothing left to explore in the field of natural science, because everything has been discovered and elucidated. But I would say that the reality is just the reverse. Out of the whole discipline of natural science, what the human has elucidated is just a tiny portion of that.

Fehrenbacher: Outside of your battery inventions, what is a source of inspiration for you in your life?

Yoshino: Outside of science, the one area that I hold particular interest in is history. The reason why I’m interested in history is that it is about events that took place in the past, which means that there are already answers.

Fehrenbacher: The Japan Prize ceremony is coming up. Are you excited? What are your plans?

Yoshino: Yes I’m looking forward to that event. I’m invited to the gala dinner where his imperial highness, the emperor of Japan, will be attending, and I have the honor and privilege of being seated next to him.

Because it will be about an hour or so of conversation with the emperor of Japan, I am trying to think of the topics that could be interesting to him.