Cooling is warming the planet, but market failures are freezing the AC industry's innovation

This summer a record was set in Quriyat, Oman for hottest overnight low temperature ever recorded — 42.6 degrees Celsius (108.7 Fahrenheit). With global temperatures projected to rise 2 to 5 C by the end of the century, and urban areas experiencing temperatures 1–3 C warmer than their surroundings, parts of the world will be unendurable during the summer months.

Already a staggering 2.2 billion people, 30 percent of the world’s population, are at risk of potentially deadly heat exposure for more than 20 days per year; and by 2100, up to three-quarters could experience this risk. Comfort cooling, such as air conditioning, is no longer a luxury, but increasingly a necessity for health, productivity and at the extreme, survival. Total number of operating residential ACs, billions. Chart Source: RMI graph based on figures from IEA, "The future of cooling," 2018.

In developing countries, these rising temperatures are compounded by population growth, urbanization and income growth to drive up demand for comfort cooling. These factors will cause the total number of residential air conditioners in the world to increase from 900 million today to around 3.7 billion by 2050, an astounding fourfold increase. Emerging economies in the tropics and the subtropics, such as India, China, Brazil and Indonesia, are expected to see a fivefold increase in demand for cooling in the next three decades.

How is cooling warming the planet?

If these demand projections hold true and AC energy efficiency continues to improve at its 50-year historical rate, residential air conditioning alone could lead to a 1.5 C increase in global temperature by 2100, completely derailing our Paris goals to stay below a 2 C global increase.

Air conditioners affect the climate in two main ways: direct emissions from refrigerants; and indirect emissions from electricity use. Refrigerants leak into the atmosphere throughout the lifespan of the air conditioner and are thousands of times more potent than carbon dioxide. However, refrigerants account for only 20–30 percent of air conditioners’ climate impact. The other 70–80 percent is due to electricity use from the grids. If nothing is done, by 2050 residential ACs globally could use more than all the electricity that the United States and Germany use today combined.

In addition to contributing to global warming, the increased demand for air conditioners will cost governments and consumers hundreds of billions of dollars. For governments, the increased burden on the electricity grids translates to costly infrastructure projects. For example, if India sees a fourfold increase in air conditioners by 2030 as expected, it will need to invest at least $120 billion in new power plants, plus more to upgrade their transmission and distribution system. For consumers, air conditioning can represent a significant portion of their income. For example, in India consumers spend 8 percent of median household income just to operate their ACs. In Indonesia, it’s 14 percent.

What is the international community doing to address the problem and what impact is this having?

The international community is working to phase out the refrigerants that are the most harmful to our planet. On World Ozone Day, Sept. 16, we commemorated the signing of the Montreal Protocol 31 years ago. The Montreal Protocol (1987) successfully phased out 99 percent of ozone-depleting refrigerants and now the Kigali Amendment (2016) targets hydrofluorocarbons (HFCs) — greenhouse gases with high global warming potential (GWP). Under this amendment, 197 countries have committed to phasing down HFC use by more than 80 percent in the next 30 years. The United Nations Environment Program has called it the world’s "single largest real contribution" to meet the Paris goals.

Improving energy efficiency in ACs traditionally has been driven by policymakers through minimum energy performance standards (MEPS). Each year, national governments incrementally raise the minimum allowed energy efficiency, effectively pushing up the floor. This has resulted in a 1.7 percent average increase in efficiency per year globally since 1990. However, while this represents positive progress, it is not enough to offset the massive increase in demand. At this rate, air conditioners will increase in efficiency only by 70 percent between now and 2050 — a paltry increase compared to the projected 300–400 percent increase in demand.

What market failures are preventing the AC industry from innovating?

1. Government policies eliminate the least efficient ACs, but do little to encourage advancing the most efficient ones.

Policymakers employ MEPS to raise the lower level of acceptable efficiencies and use labels and standards, such as Energy Star in the United States, to incentivize consumers to purchase the most energy efficient options available. While MEPS have been relatively successful, in many regions the most stringent labels and standards lag far behind the best-in-class AC units in the market. In these cases, manufacturers have little to gain from making their products more efficient. Cost is an important factor for most consumers, and while lifecycle costs of more efficient units are usually lower, these costs are difficult to calculate. As a result, when consumers compare costs, they generally consider up-front cost alone. Even worse, in some cases, such as in apartment buildings, the AC purchaser does not even consider lifecycle cost because they are not the ones paying the electricity bills. This focus on up-front costs causes AC manufacturers to pursue high volumes of sales through low prices to consumers, at efficiencies that just meet the MEPS.

3. There is no other technology that ACs are "chasing" in terms of cost or efficiency.

In extreme heat, conventional air conditioning is the only option to stay cool. So while air conditioner manufacturers are competing against one another in terms of cost and efficiency, they are not chasing another technology that also provides cool air. In contrast, technologies in adjacent industries have seen radical innovation in the past decade. For example, LED lighting has been chasing compact fluorescent and incandescent lighting. Similarly, solar PV has been chasing the costs and efficiencies of traditional grid power generation, such as coal and natural gas. LEDs have achieved 67–89 percent of their theoretical maximum efficiency, while solar PV has achieved 28–53 percent. Air conditioning lags far behind with the best-in-class units at 14 percent efficiency and most commonly sold units at only 6–8 percent.

4. The industry is consolidated with high barriers to entry.

The AC industry is largely consolidated and much market share is controlled by just a handful of powerful corporations. There are fewer than 500 AC manufacturing companies worldwide, with two Chinese companies controlling over 35 percent of global room air conditioners production, according to K-CEP China. Very high barriers to entry in the industry, including heavy marketing and distribution costs and the importance of brand recognition to consumers, prevent start-ups and smaller companies from making headway.

Compared to other energy technologies, the AC industry has made little progress in approaching maximum theoretical efficiency. What can disrupt this market and lead to climate-friendly innovation in air conditioning?

We are faced with a looming climate crisis from the fivefold increase in demand for cooling in developing countries. To mitigate the negative impact from this adoption, the world needs a technology that is at least five times better for the climate. And we at RMI believe this is possible.

Current best-in-class ACs are already three times better for the climate than the average unit from a combination of doubling energy efficiency and employing refrigerants with low GWP. Manufacturers, university labs and start-ups are developing technologies that are even more efficient. Combining two or more of these technologies could create an AC that is five times better for the climate when considering both grid energy use and refrigerant selection.

The markets won’t get their on their own. The international community needs to unite around this goal and support investment in research and development while priming the market for a solution to scale. Innovators around the world, take note and work to create cooling technologies that can provide cooling without warming the planet. 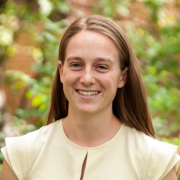 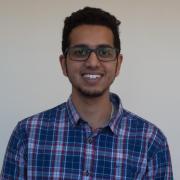 See all by Elizabeth O'Grady