COP17: Business and Government Must Work Together to Make Policy

Reports that some of the richest nations, including the USA, Japan, Canada and Russia, alongside Brazil and India plan to delay a global treaty on climate change has cast doubt and concern around the feasibility of any global agreements being achieved or meaningfully progressed at the UNFCCC's (United Nations Framework Convention on Climate Change) 17th Conference of the Parties (COP17), which start today in Durban.

The United Nations Environment Programme (UNEP) Executive Director, Achim Steiner, was very clear in his dismay at the news that a new treaty may be put off until 2020 instead of being renewed next year, as the Kyoto Agreement nears an end.

Steiner believes that the reported decisions are "very high risk" and worries that they are based on "political choice" rather than science. While most governments are in support of reducing emissions and promoting sustainable economic systems, the financial crisis appears to be nudging some powerful governments to u-turn on promises of greening the economy and transitioning to low carbon societies.

The need to decouple emissions from economic growth is clearly stronger now more than ever as we reach this crucial Kyoto Agreement juncture.

What we see happening instead is governments once again looking for a short term fix rather than the long term solution. There is no doubt that the financial crisis, which started in 2008 and continues today, was caused in part by unregulated short term risk taking.

The lack of an ambitious global deal to reduce emissions is echoing and amplifying such risk on the climate system, of which we have less control than of the financial system. What is needed now is strong political leadership to avoid increasing the frequency and severity of extreme weather events around the world as science predicts and as we are already seeing.

Economic and environmental needs do not have to be mutually exclusive. T he latest global analysis contained in the CDP Global 500 report, shows a correlation between the companies that best manage their carbon emissions and climate change strategies and strong financial performance.

Just a few months ago, the mood was much more positive, as more than 2,000 people tuned in online to watch financial, business and political leaders from eight locations around the world have a working meeting via telepresence. These influential figures, including Christiana Figueres, Executive Secretary at UNFCCC and c-suite executives from companies including Fibria, FTSE, Jones Lang LaSalle, Kingfisher, PwC and Schroders, were brought together for the Carbon Disclosure Project's (CDP) Global Forum to discuss how to advance sustainable, profitable, business growth.

Representatives at the Global Forum agreed that sustainable, profitable, business growth is possible but that businesses and governments need open dialogue with each other to achieve the gigaton scale of emissions reductions required to avoid dangerous climate change.

Businesses urged for clearer, long term policy and reassurance that governments were able to strike the balance to achieve sustainable economic growth. Christiana Figueres called for more positive, active business engagement on climate change and much greater conversation between the two groups.

"From our perspective, what we really need out of visionary companies," said the UNFCCC Executive Secretary, "is to have very active engagement with the decision makers, with the policy makers who decide policy at home and internationally."

Christiana Figueres went on to highlight that businesses are in a position to provide policy makers with compelling arguments for robust policy:

There is a serious group of companies that has a voice that is much louder, that is better funded, that operates much more in unison and that is still stuck in the technologies of yesterday. If we don't have a voice that is equally as orchestrated with arguments that are at least equally as compelling, then governments are going to be taking very timid decisions and they're not going to be tipping the scale... All of you, of course, are more than welcome to our sessions but if you expect that you're going to influence a government decision by coming to the COP in Durban, you're way too late.

As the climate change negotiations start this week, and the Parties in Durban try to forge global solutions, it will quickly become apparent whether or not sufficient positive engagement between the corporate and political communities has taken place in a constructive fashion.

However, this dialogue should be transparent from the start to avoid corporations manipulating a political process to protect citizens. This is why CDP has been asking companies to disclose their climate change lobbying practices publicly alongside disclosure of their climate change strategies and carbon emissions.

Do governments and businesses understand one another enough to have successful dialogue in order to create common climate change goals and establish viable mechanisms for achieving them? The answer to this question appears to be not yet, and therefore we urgently need to ensure sustained positive engagement between business and policy makers in order to create the required understanding.

This is fundamental to ensuring successful action and international policy on climate change. It not only makes business sense to move forward, but the alternative is one that none of us can afford to consider.

Photo from COP17 CC-licensed by UNFCCC. 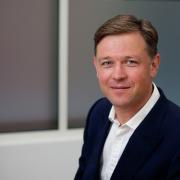 See all by Paul Simpson