COP21 and decoding the economics of climate change

With just four months to go until international delegates descend upon Paris for the much-discussed United Nations climate conference, COP21, the stakes for shifting to a low-carbon economy are starting to come into focus.

Businesses are looking to balance dire long-term climate risks, like resource scarcity and market instability, against the potential financial impact of new environmental regulation. Governments, meanwhile, are setting their own climate targets at the national and local levels in a bid to shore up their economies and prevent unrest down the road.

"It poses risks to our business, from disruptions to our operations to the availability of cotton to potential impacts to water," said Stephanie Kotin, senior manager of stakeholder engagement and public policy for denim company Levi Strauss & Co, during a GreenBiz webcast held Wednesday on the role of business at COP21. "Mitigating climate change is vital to the long-term success of our business."

Though calls for across-the-board carbon emissions cuts are starting to reverberate from the White House to the Vatican to Silicon Valley and Wall Street, pro-fossil fuel lobbying, disagreement about how carbon cuts should happen and uncertainty about costs resulting from new regulation remain crucial economic sticking points. 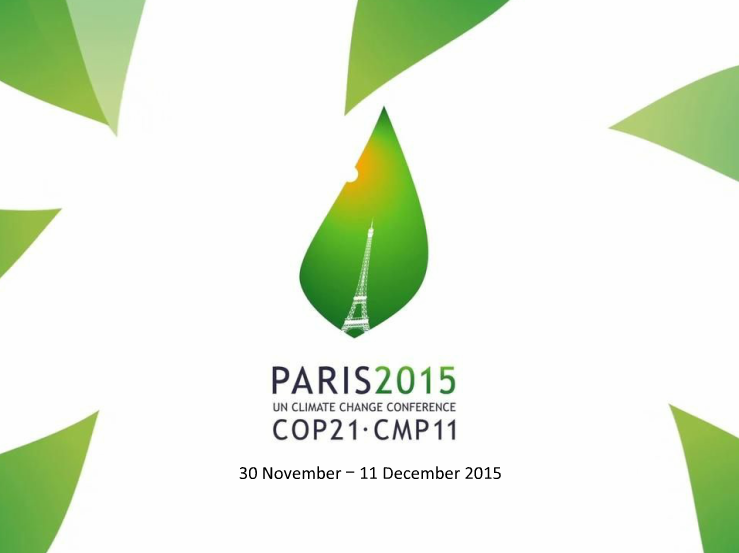 COP21 is first and foremost "designed to produce a strong, ambitious, binding agreement on climate," but the event will also be heavily symbolic in testing the veracity of government and business commitments, said Aron Cramer, president and CEO of the sustainable business-focused nonprofit BSR.

The meeting in Paris will also be heavily symbolic — a litmus test for whether or not governments and relevant parties are, "prepared to act decisively," Cramer added.

While the role of business in a heavily procedural meeting of international government negotiators is far from crystal clear, COP21 does provide an obvious policy leadership opportunity for those so inclined. But that would require truly aligning feel-good green marketing with the higher stakes of environmental policy advocacy.

"Companies will say 'X' in their sustainability reports and 'Y' in their engagement with governments," Cramer said, adding that businesses should, "make sure those voices are aligned."

The benefit of doing so, climate advocates say, is better strategic positioning down the road.

COP21 is already being hailed as "the last chance" for a deal to avert the 2 degree Celsius increase in global temperatures that scientists say will result in "irreversible" fallout.

Recent weeks have also been punctuated with increasingly dire warnings from climate scientists, along with new recognition of historic anomalies in weather patterns and animal behavior.

In other words, the status quo isn't looking good, which adds an even greater sense of urgency to questions about where to go from here.

NASA climatologist-turned-climate-activist James Hansen crystallized the bigger picture in late July, when he announced that previous sea-level rise projections may be off by as much as a factor of 10, with oceans poised to rise up to 10 feet by 2065. He doesn't mince words about the implications — economic and otherwise — of failure to address drastic change threatening heavily populated areas.

"It is not difficult to imagine that conflicts arising from forced migrations and economic collapse might make the planet ungovernable, threatening the fabric of civilization," wrote Hansen and his co-authors.

Against that stark backdrop, businesses are being asked to contribute to the Paris climate talks more than in past years. Advocates propose that companies first commit to more ambitious internal goals.

"Most of these targets are really just incentivizing incremental change," Cummis said. "Science-based targets enable a company to have an understanding of what their fair share of emissions reductions are to align with a 2-degree scenario."

While Kotin emphasized that COP21 could prove an important rallying point for corporate climate commitments, she also stressed the long game when it comes to climate change.

“We really see it as that road through Paris. It’s a longer term game," Kotin said. "It’s important to be there… to show that there’s strong business support. But you know, certainly it’s not about the day. It’s really about the momentum."

Though carbon reductions are a central, widely agreed-upon recourse for combating climate change, discord remains when it comes to how  exactly to achieve that objective.

The overarching specter of a carbon tax has loomed large in the run up to cop, especially as the European Union and  several large individual companies experiment with carbon pricing schemes. Cap-and-trade systems, like the one active in California, represent another approach, along with other forms of carbon offsets and renewable energy credits.

Further afield, but still represented among a parallel set of UN Sustainable Development Goals, are alternative approaches to agriculture and economic development that prioritize carbon reduction.

Heading into COP21, Cummis of the World Resources Institute doubts the feasibility of an overarching carbon tax, inclined instead to expect an emphasis on coordinating disparate carbon pricing systems.

“There really isn’t an expectation that there will be an international system set up," Cummis said. "There is potential for having some type of agreement set up for how the international carbon trading systems will be linked together.”

Kotin of Levi Strauss also demurred on the question of the importance of a carbon tax.

“We’ve taken a broad approach in terms of saying, 'You know, we need to regulate carbon emissions," she said. "There are a variety of ways to do that."

In the United States in particular, companies are also faced with a more immediate decision of whether to publicly support President Barack Obama's Clean Power Plan to curb industrial emissions.

Though fossil fuel companies have lobbied aggressively to combat the new energy rules, corporate support of the plan could help strengthen the prospects for an international climate accord in Paris.

That prospect would also be bolstered with greater international cooperation among fast-growing economies, like the U.S. and Brazil or India.

“I want to see that kind of coalition come together," Cramer said. "If we see that happen, anything is possible."