This year's U.N. climate convention and a planned summit of its sister treaty, the Convention on Biological Diversity (CBD), are more important than usual. So far, neither has been postponed.

In today's straitened times, there surely could be no more logical piece of news about COP26, the United Nations climate summit taking place in Glasgow in November, than that the government was thinking of postponing it.

All around us society is shuttering up, hunkering down, limiting circulation: Of course, Boris Johnson and his fellow ministers would be wondering whether they can pull off such a big logistical feat on which so much depends.

So far, so straightforward. Except there are many more ramifications to this than meet the casual eye.

To start with, a decision on postponing COP26 isn't Johnson's to make. The U.N. climate convention belongs, as the name suggests, to the United Nations — in other words, to all governments that adhere to the climate convention. Which is virtually all of them. The U.K. merely offers to host and preside over proceedings.

Last year, with just a month left to go before the 2019 U.N. climate summit, the Chilean government decided that unrest in the streets meant Santiago could not play host after all.

But the Chilean government did not — could not — postpone or cancel the summit. The U.N. climate convention said it was looking at options — the Spanish government stepped in — and the summit happened.

The same process would kick in with the Glasgow summit. If the U.K. government decided it could not host, any other government would have the option to mount a rescue bid. Perhaps a government that has handled COVID-19 successfully — options to mention here are Singapore, Japan and South Korea — would stick its hand up.

That might seem far-fetched from where we are today. But no one thought last year's summit would go ahead after the Chileans pulled out — and it did.

Another point is that there is a whole slew of diplomatic conferences and summits between now and November. Logically you would expect decisions to be taken more or less in chronological order. So far there's been no word of postponing the Commonwealth Heads of Government Meeting (CHOGM), which according to its website is still set for the Rwandan capital Kigali in June.

No word from United Nations headquarters about the U.N. General Assembly in September, either.

So why are we speculating about a summit that's further away than both? 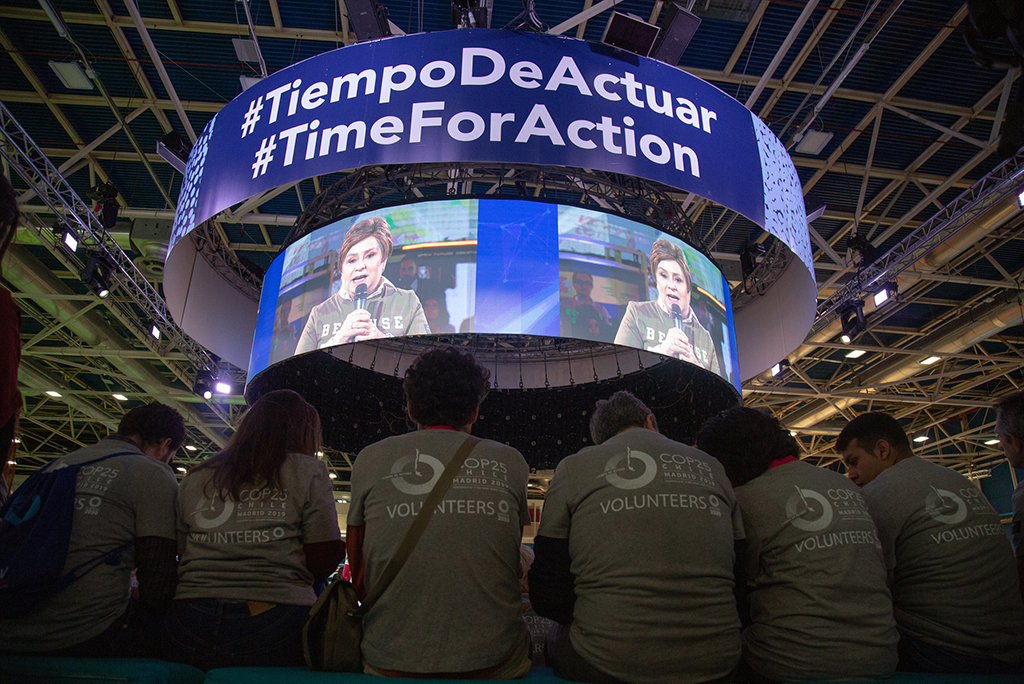 It's the first time that both conventions have had "super-summits" in the same year, with China due to host the CBD in October and the U.K. the climate COP in November.

See where I'm going with this?

That's right. If having the two summits arm-in-arm this year was a good idea, it's a good idea now to keep them arm-in-arm, and if they are postponed, to do it in tandem.

It won't surprise you to learn then that such conversations already are happening behind the scenes.

Another point concerns what exactly falls due in 2020 under the Paris Agreement.

There are a number of things, but two of the most cogent are that governments are due to put forward enhanced commitments to cut carbon by 2030 — so-called Nationally Determined Contributions (NDCs) — and to submit longer-term decarbonization plans, to 2050, which logically ought to focus on reaching net-zero emissions.

The same is true of the commitment made originally in 2009 by rich nations (PDF) to provide, from a mix of public and private sources, $100 billion per year to help the poorest nations cut their emissions and protect themselves against climate change impacts. The phrase, again: "by 2020."

Now, these commitments aren't legally binding, so governments collectively could decide they want to move the deadlines back. But maybe not all of them will want to, particularly the poorest nations most vulnerable to climate change impacts.

Would postponement be a good idea?

There are arguments on both sides. In favor, it's pretty obvious that most governments and businesses and indeed citizens won't have climate change at the top of their priority list in the coming months.

Postponing also would get around the tricky issue of the U.S. Presidential election, which falls on Nov. 3, just days before the Glasgow summit.

If a Democrat wins, the logic goes, then holding the summit some months into next year would allow the new president to come along with a package of commitments, breathing new life into the crucial bilateral relationship with China and reinvigorating U.S. diplomacy in support of the Paris Agreement.

Many and diverse are the people who were planning to mark COP26 in some way, and are wondering if and when they'll be able to.

On the negative side, every international process like this depends on the "big mo": momentum. Any sense of delay, drift or ennui can be a serious detraction.

So, not an easy decision.

However, it's one that governments through the U.N. climate convention will have to make at some point. Already many smaller preparatory meetings have been canceled or held online. (The latter isn't a serious proposition for one of the annual summits, by the way. Think about trying to conduct a 195-participant conference call spanning every time zone for two weeks, then add in civil society, science, business and all the other interested parties, and you soon see why.)

The convention's next big set-piece is the annual June meeting at UNFCCC HQ in Bonn, conventionally termed the "Intersessional." A decision on whether to postpone that will need taking soon — and the one on COP26 presumably will come sometime after that, perhaps not until mid-year.

A final thought should go to all the organizations up and down the country, but especially in Glasgow, which was looking forward to the U.K. hosting this hugely important event and whose plans lie in limbo.

From churches to investment houses, from youth activists to farmers, from emergency services to actors — many and diverse are the people who were planning to mark COP26 in some way, and are wondering if and when they'll be able to.

It may not be the biggest thing on everyone's mind just now; but when COVID-19 is sorted, climate change will still be there.

And so, perhaps, will the Glasgow COP.

See all by Richard Black