Corporate America, you must stand up to Trump

It’s no longer news that the United States surprised itself and the world with its national election. Selecting Donald Trump as the 45th President of the United States was such a shock that some in business admit they hadn’t even contemplated such an outcome.

"If you were to look at our game board of all the possible outcomes of the election, this one wasn’t even on the sheet,” Mark T. Bertolini, chief executive of Aetna, told the New York Times, describing the election of Donald J. Trump as the next president.

It would be easy to get excited at the pro-business promises that have been made: Trillions of dollars in tax cuts. Regulation rolled back. Rules affecting finance and healthcare torn up. Pulling out of the Paris Agreement on climate change. Some in the corporate world will be rubbing their hands in glee at the prospect of making a quick buck.

Being excited over the short-term prospects of a Trump presidency would be a mistake.

Being excited over the short-term prospects of a Trump presidency would be a mistake.

Successful business is about thinking and acting for the long-term. In the current environment, it’s easy to forget that, yet remembering the long-term is more important than ever. History has shown that things rarely turn out well when we are short-sighted and focused on immediate benefits rather than inclusive growth that benefits all. The global financial crisis of 2008 was a case in point.

Instead, today we need courage in corporate America. We are entering a period where there may be an absence of good leadership from government on the big social issues. Citizens across the country are protesting. Activists are gearing up for a fight to protect fundamental rights and the environment. While Trump has promised big spending on infrastructure, civil rights protections and environmental safeguards are under threat.

Now is the time to think beyond regulation. Executives in corporations, the world is looking to you to step up.

The truth is that the big challenges facing our country are not going away. The social issues are vast; the scars run deep. Job security is fragile in many small towns across America. It looks like 2016 will be the hottest year on record. Women continue to receive less pay and less opportunity in the workplace. Meanwhile, police are shooting unarmed blacks and hate crimes against Muslims are up 6 percent in the past year, with a noticeable uptick in the week since the election. Our country seems more divided than ever.

Now is the time to think beyond regulation.

Now is the time for companies to rise to the challenge and think beyond the day-to-day minutiae. Incremental approaches are not enough to solve these complex, interrelated challenges. Instead, real leadership is required for transformational change. If you’re a business leader, here is what you should do:

If companies are honest about the uphill struggle we are facing, and leaders have courage to change the rules of the game, our future can be bright. Many sustainability professionals understand this. It is now imperative that those in the C-suite and running profit and loss statements respond to this call for action.

Martin Luther King once said, "The ultimate measure of a man is not where he stands in moments of comfort and convenience, but where he stands at times of challenge and controversy." Time to stand up and be brave, corporate America. 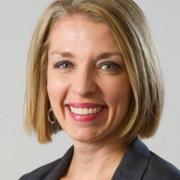 Is DJSI worth the effort?

See all by Megan DeYoung