The corporate case for a healthy workforce

The concept of treating people well as part of a company’s sustainability agenda is nothing new — in fact, ensuring employee health and safety is a basic responsibility of professionals in the field of Occupational Safety & Health (OSH).

Most developed countries have federal agencies, such as the U.S. Occupational Safety and Health Administration, which help oversee, standardize and enforce basic worker rights. The OSH profession goes back at least a century and encompasses hundreds of thousands of experts across the globe.

Employee health and safety is a key component of sustainability performance. However, the OSH community only recently began to formally engage the sustainability community.

Starting in 2009 and 2010, the American Society of Safety Engineers engaged the Global Reporting Initiative (GRI) to introduce more relevant OSH metrics into the G4 reporting standards. These meetings led to the creation of a new organization, the Center for Safety and Health Sustainability (CSHS). The CSHS launched in June 2011 to advance the safety, health and sustainability of workers. It now works with over 100,000 occupational safety and health professionals around the world.

Since then, CSHS rapidly has advanced its efforts and is providing new insights into building modern, profitable and sustainable organizations. Drawing on progress made by academia, investors and companies, the CSHS is driving conversations about human capital and how companies can benefit from proactively managing and communicating about it.

The idea of valuing human skills and competencies has been around for some time. In his 1776 book, "The Wealth of Nations," economist Adam Smith wrote:

The acquisition of … talents during … education, study, or apprenticeship, costs a real expense, which is capital in [a] person. Those talents [are] part of his fortune [and] likewise that of society.

He described, in a way relevant to his time, the importance of those talents to the division of labor. Today, in our age of automation, valuing human abilities is more important than ever. Researchers have linked human capital metrics — primarily those for human resources policies, practices and training — to financial performance.

NASDAQ has been a strong advocate and resource for its listed companies to disclose sustainability performance, including human capital.

Two leaders in this space are Larry Beeferman and Aaron Bernstein of the Harvard Law School Labor and Worklife Program. Their 2015 paper, "The Materiality of Human Capital to Corporate Financial Performance" (PDF), offered compelling evidence that investors and other stakeholders should pay close attention to human capital factors. Their second study will analyze metrics drawn from the RobecoSAM Corporate Sustainability Assessment, the survey behind the globally recognized Dow Jones Sustainability Index.

Beeferman and Bernstein said of the study, "Preliminary findings from our current research indicate that a significant minority of the world’s largest global corporations already measure human capital practices and outcomes. The challenge for investors is persuading them to disclose this publicly."

Investors are doing just that. Although human capital reporting is voluntary, demand from investors is increasing. Many institutional investors have integrated the assessment of human capital performance into their company analyses. For example, CalPERs’ investments beliefs (PDF) state, "Long-term value creation requires effective management of three forms of capital: financial, physical, and human … human capital practices, including but not limited to fair labor practices, health and safety, responsible contracting and diversity."

They’re not the only ones. Led by the UAW Retiree Medical Benefits Trust, the Human Capital Management Coalition (PDF) is a group of U.S.-based institutional investors pushing for increased understanding and disclosure of human capital metrics. The initiative’s 25 members total $2.5 trillion in assets under management.

In Europe, the U.K.-based Pensions and Lifetime Savings Association (PLSA) has called for increased disclosure. A national association whose members include 1,300 pension schemes with over $1 trillion in assets, the PLSA sent a letter in December to the 350 largest British companies. It read:

It’s essential that pension funds know more about how the companies, in which they invest, manage and engage their employees. We know that engaged workers make for stronger companies and stronger companies make for better investment returns – creating an economy that works for everyone.

Stock exchanges are also driving interest. NASDAQ has been a strong advocate and resource for its listed companies to disclose sustainability performance, including human capital. As part of its educational webinar series, NASDAQ recently hosted a discussion with Bernstein and Beeferman from Harvard to discuss their research and implications for corporate reporters.

Corporations, too, are finding value in investing in employees and disclosing on practices. The Global Reporting Initiative, International Integrated Reporting Council (IIRC), and Sustainability Accounting Standards Board (SASB) all include human capital metrics in their reporting frameworks. They’re continuously improving guidance, and recently the GRI commenced a new to review its standards for occupational health and safety.

Regardless if they’ve begun to report, most companies know that enabling employees to deliver their best is good for business. Edwards Lifesciences is a prime example. The executive-sponsored Edwards Total Wellness (PDF) program takes a holistic approach to well-being, offering programs not just in nutrition and physical fitness but also for community service, education and financial competency.

According to the 2016 Deloitte Millennial Survey, 87 percent of millennials believe that the success of a business should be measured in terms of more than just its financial performance.

Edwards discloses progress in an online sustainability report, targeted both toward investors and other stakeholders. In it, they report how the company has achieved per-employee health costs of 8.2 percent below the market rate. Edwards sends a clear message: Investing in employees is good for the bottom line.

It’s also a competitive necessity. According to the 2016 Deloitte Millennial Survey (PDF), 87 percent of millennials believe that "the success of a business should be measured in terms of more than just its financial performance." At the same time, two in three millennials expect to leave their current employer by 2020. As the fight for top talent continues, companies that create safe and healthy working environments will be best positioned to retain younger employees.

During a workshop to take place March 31, key stakeholders will discuss the state of human capital management and disclosure. Speakers will include representatives from the CSHS, Harvard Law School, RobecoSAM, the PLSA, the Human Capital Management Coalition and NASDAQ, among other corporate, nonprofit and academic attendees. The workshop precedes the formal release of the Harvard study in late 2017, with the end goal being for companies to consider the safety, health and well-being of employees as core to their business. 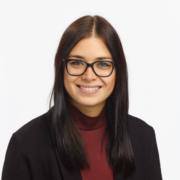 3 principles for weaving sustainability into communications

See all by Kate Lasco