The vast majority of corporate energy purchasers plans to pick up the pace on renewables in the decade ahead, according to research by GreenBiz and Apex Clean Energy.

Corporate energy buyers are intensifying their quest to source renewable solar and wind power despite President Donald Trump's decision to leave the Paris Agreement, citing both improving project economics and a desire to accelerate greenhouse gas emissions reductions, according to exclusive research fielded by GreenBiz and developer Apex Clean Energy.

The new research report, "The State of Renewable Energy Procurement," was released last week and will be featured in a Thursday session at VERGE 17. Out of the corporate renewable energy buyers surveyed, 84 percent indicated that they plan to actively pursue renewables over the next decade.

In partnership with Apex Clean Energy, a leading developer of utility-scale wind and solar projects, GreenBiz surveyed 153 business leaders and conducted 12 one-on-one phone interviews with large companies across various industries about their renewable energy purchasing outlook, strategies and best practices. We set out to build upon previous studies by analyzing what motivates renewable energy buyers and offer a set of best practices in how they structure transactions.

Furthermore, 42 percent of respondents indicated they plan to become even more aggressive over the next 24 months. In talking directly to buyers, this momentum centered around improving project economics and the need to achieve renewable energy and greenhouse gas (GHG) reduction targets.

Of the respondents, 57 percent have renewable energy targets in place and several indicated that a 100 percent (or more) target is achievable. One renewable energy manager at a large manufacturing company stated, "We were able to surpass our 2020 target more than four years ahead of time, so then we took a look and we soon decided that going to 100 percent was doable and gave us a leadership position."

Strategic approaches to purchasing at scale

One reason why aggressive renewable energy targets appear to be attainable is that the approaches to purchasing are quickly becoming more strategic. Previously, many businesses turned to renewable energy credits (RECs) to meet targets while numerous respondents, including three technology companies, three manufacturers and a major bank, indicated they are moving beyond RECs as a strategy due to the lack of additionality. These leaders expressed skepticism that REC purchases were driving new renewable energy capacity and creating real-world GHG reductions.

We were able to surpass our 2020 target more than four years ahead of time, so we decided that going to 100 percent was doable.

As the economics of renewable energy continue to improve, the risk tolerance, especially within the CFO’s office, continues to expand. Beyond RECs, businesses are turning more frequently to virtual power purchase agreements (PPAs), which allow corporates to enter into long-term agreements to purchase renewables at a different location. These virtual PPAs give corporates geographic flexibility and bring additionality while still offering the ability to address goals and the potential for economic benefits.

In talking to directly to buyers, especially from companies outside the Fortune 100, many are increasingly looking to innovative strategies such as project aggregation, wherein multiple companies jointly agree to purchase renewables from one larger PPA project. This valuable strategy can leverage shared resources such as legal, finance, procurement and project development. Others cited the potential importance of working with utilities to access green tariffs to enable large purchases of distributed resources such as wind and solar.

Various initiatives are helping businesses share best practices and leverage resources to better understand renewable energy markets and strategies. For example, the Renewable Energy Buyer’s Alliance (REBA) coalition of four non-governmental organizations aims to help facilitate and deploy 60 gigawatts of new corporate renewable energy in the United States by 2025. The REBA Summit at VERGE 17 is wrapping up today and we’ve had some engaging conversations with many leading renewable energy buyers.

In spite of the efforts of REBA and others to move the needle, each business is different and there is no one-size-fits-all approach. There still remains an opportunity for further market education, especially when it comes to ways to drive new renewable energy project adoption.

For example, the most commonly used innovative type was "none of the above," which indicates an overall lack of market awareness for the other purchasing strategies. The full report includes more specific takeaways for how companies at different stages in the process can get further engaged. 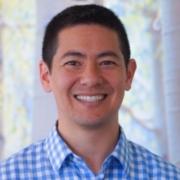