As corporate sustainability plans grow, so do calls for help

As corporate sustainability plans grow, so do calls for help

The days when setting out recycling bins and turning out lights and computers at day’s end could be called your company sustainability plan are long gone.

As the world hurdles towards that dangerous 2 degree Celsius rise in temperature, leading more governments to consider pricing carbon emissions and consumers to be ever more conscious of the carbon footprints of products they buy, companies have added to the scope and sophistication of their sustainability plans.

Water, once considered a commodity, is now at risk in many parts of the world, forcing sustainability thinking into operations planning.

And yet having the in-house expertise — and time — to design and implement sophisticated, wide-ranging sustainability plans can be challenging and apparently somewhat rare.

Just how challenging was underscored during a GreenBiz webcast this week, sponsored by Siemens, which focused on the results of a research study done jointly by the two companies.

According to “Extending the Team: The role of outsourcing to achieve sustainability objectives,” some 80 percent of companies represented in responses from 235 medium to large firms use outside help in their sustainability efforts.

Outsourcing is especially common among the largest companies; 88 percent of companies with revenues of $10 billion or more outsource at least some of their sustainability efforts.

The need to outsource to carry out specific tasks appears to arise from the growing sophistication and range of sustainability activities — the move beyond turning out the lights and putting out blue bins. Half of large companies have at least five sustainability goals and a quarter of them have 10 or more goals.

Reducing carbon emissions is the most commonly held goal, especially among large companies with $10 billion or more in revenues. 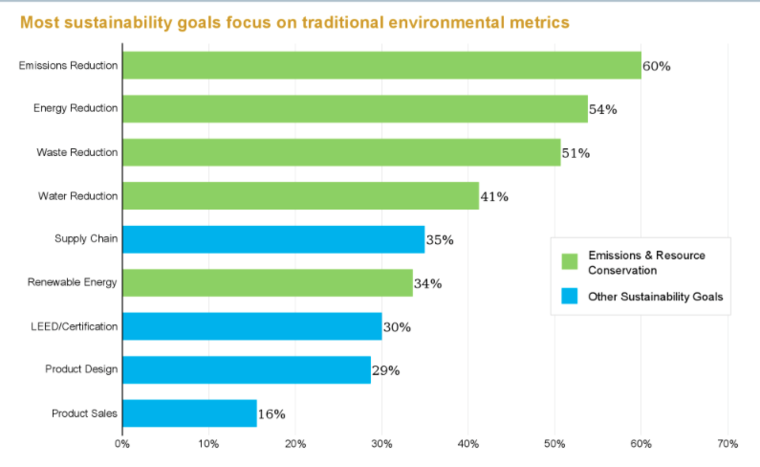 Among small companies making less than $1 billion a year, energy efficiency is the most common goal.

But today, corporate sustainability goals range from reducing energy use to ending complicity in deforestation or blood diamond purchases.

First: "Outsourcing is a reality — 80 percent of firms are working with a third-party partner to reach their sustainability goals."

Second, what's driving the trend to outsource is the increasing sophistication, number and complexity of sustainability goals. Those lead to "a greater need for specialization" to carry out specific goals, Kobb said.

Consequently it is for implementation, not setting strategy, that outside experts are called in.  And lastly, many decision makers within an organization — across facilities, operations, finance, manufacturing — might be involved in hiring outside consultants.

Accordingly, they will hire consultants for the specific expertise or project needed in their department. 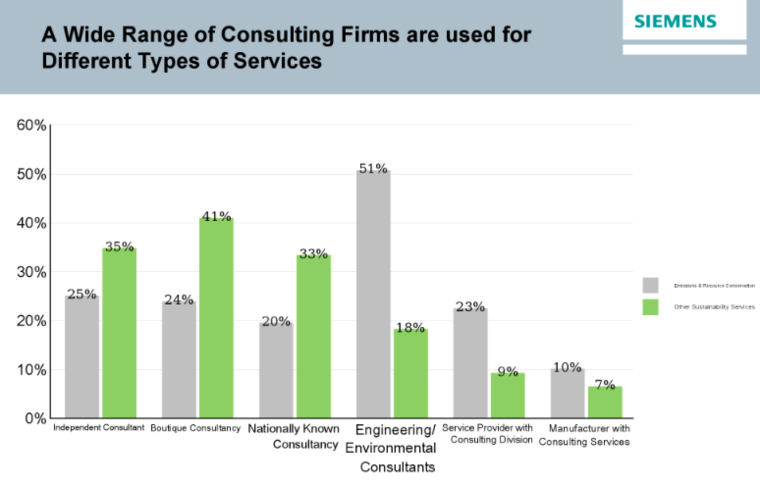 Take what happens at Hallmark Cards, the 105 year-old company whose interface with consumers means everything and which has consequently focused on where and how it buys its paper, how it uses energy and water, and how recyclable its cards are.

"First and foremeost we outsource sustainability reporting. There are so many reports, so if you don't have a large staff ,it is tough to do," said Michelle Toelkes, corporate risk control manager at Hallmark.

"In the past couple of years we've gone to our suppliers and asked if they are tracking waste, water and energy use. Our larger suppliers were tracking but smaller ones were not," which meant the reporting load at Hallmark increased to get all the information it needed. It also sometimes outsources software data analysis to track consumer preferences.

At Mohawk Industries, a carpet and flooring manufacturer, the need for outsourcing also comes from reporting requirements as well as from a farflung international supply chain.

Working in "multiple currencies" and using various sophisticated databases to compile data may take too much staff time to be worth it, said Jenny Cross,
vice president of corporate sustainability at Mohawk. 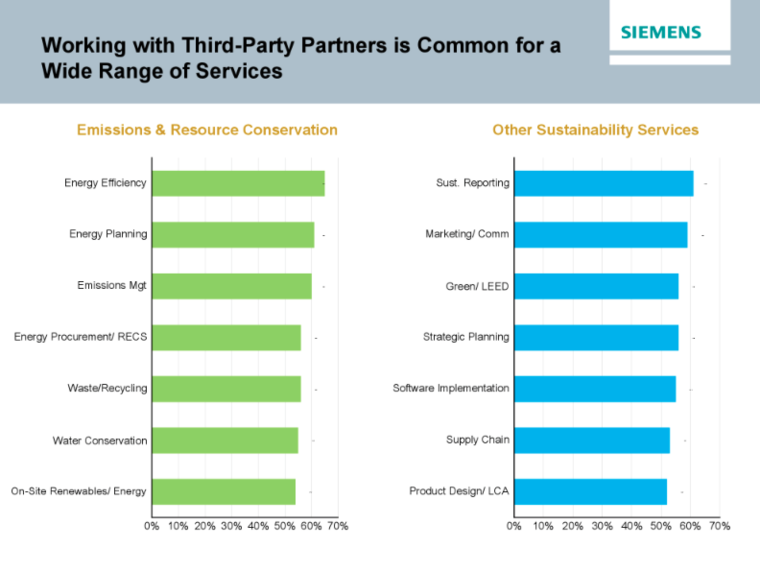 Corporate sustainability is growing up, but can it evolve?

Where small suppliers fit into a sustainable supply chain

A Primer for Navigating the Energy Management Landscape