The new gold rush in the digital world is all about renewable energy. But more than that, it is about making this energy reliable, which means finding ways to not just generate it but to store it when it is not needed and release it when it is needed.

Like many other groundbreaking inventions, scientists have turned for inspiration to nature.

The energy that our planet — and our dominant species — consume comes from the sun in one form or another. Besides solar, however, which is probably the first energy source that comes to mind when one mentions the sun, there is another way to harness its energy: photosynthesis.

Photosynthesis is the process through which plants use the energy of the sun to convert carbon dioxide and water into glucose. Scientists have been trying for years to replicate the process, with the end result being electricity rather than glucose, and they have made some notable successes albeit all contained in the lab.

Earlier this year, the U.S. Department of Energy announced funding of up to $100 million to be spread over five years for research into artificial photosynthesis.

"Sunlight is our most basic energy source, and the ability to generate fuels directly from sunlight has the potential to transform our energy economy and vastly enhance U.S. energy security," DoE Under Secretary for Science Paul Dabbar said in the news release.

Furness interviewed several researchers involved in artificial photosynthesis to shed light on the latest development, and although it will be quite a while before this sort of technology becomes as mainstream as solar or wind, it does hold substantial promise.

The ability to generate fuels directly from sunlight has the potential to transform our energy economy and vastly enhance U.S. energy security.

Two years ago, researchers from the DoE’s Lawrence Berkeley National Laboratory (Berkeley Lab) and the Joint Center for Artificial Photosynthesis (JCAP) published a paper on a new solar cell that could do just that: take in carbon dioxide and water from the air and use sunlight to turn them into electricity and hydrogen.

Another team focused on a chlorophyll molecule found in some bacteria that can absorb light from the infrared part of the spectrum. Applied to artificial photosynthesis, this could boost the efficiency of the process, a key to making the technology viable.

These are just two examples of the work that is being done in the lab on artificial photosynthesis, aiming to improve on nature because, as one researcher in the field told Digital Trends’ Furness, plants are not exactly optimal converters of sunlight into energy.

"[Plants] should be black, not green, to absorb most of the colors in the solar spectrum," said Nathan Lewis, a chemist at Caltech and principal investigator at JCAP. "And they have other constraints, too. They’re just good enough to do the functions they need to do biologically."

For human use, however, we would need something better: a more efficient, faster conversion process. One such alternative to natural photosynthesis is a sort of tarp equipped with solar cells that can be rolled out on any flat surface to absorb water and light. Then the tarp is put into a tank full of catalysts to convert CO2 into chemical fuels that can be either stored or used immediately.

It may sound far-fetched — photosynthesis, a tarp, tanks of catalysts — but scientists, and the Department of Energy, seem to believe it could become one more weapon in our arsenal against climate change. That, and constantly improving solar cells.

An international team of scientists recently announced a breakthrough in thin solar cells. Their thin-film cell was as efficient as a traditional solar cell, at 25 percent. This would make the new cell perfect for roof installations and other solar systems for buildings but it is also indicative of a trend: making solar cells as thin as possible to increase their versatility.

If artificial photosynthesis is to take off, it certainly would benefit from this trend in solar cells. It also would benefit from evolving technologies for energy storage, including hydrogen storage. It is a difficult task to orchestrate so many areas of research but ultimately, the common goal could make it all work. We might see a renewable energy dominated world within our lifetime, using the power of the sun in all the ways it can be used — emission-free, of course. 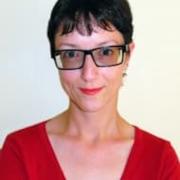 See all by Irina Slav