An increasingly unprofitable global oil market is driving fuel prices to historic lows and hemorrhaging investment in conventional energy sources. Breaking with tradition, cheap oil no longer foretells disaster for renewable energy companies. On the contrary, disillusioned fossil fuel investors are seeking high-growth opportunities — just in time to ride the renewables wave in the wake of the 2015 Paris climate talks.

Crashing out in February at $27 per barrel, crude oil prices have reached their lowest point in over 13 years, since the 2003 U.S.-led invasion of Iraq. Despite a modest recovery in March driven by expectations for reduced production, investors remain skeptical of underlying oil market fundamentals and are reducing their exposure.

The real threat to integrating renewable energy into power grids does not come from cheap oil, but rather from cheap electricity.

These selloffs have dragged down the stock prices of large conventional energy companies listed in the Standard & Poor’s 500 Index by 13 percent and have cost investors more than $703 billion since the record-high oil prices of June 2014.

Responding to these selloffs, oil companies have tightened their belts, decommissioning two-thirds of their rigs and sharply cutting investment in oil field exploration and development, while an estimated 250,000 oil workers have lost their jobs. A Wood Mackenzie report identified 68 major oil and natural gas projects — representing a combined value of $380 billion and output of 2.9 million barrels of oil equivalent (boe) per day — that have been put on hold since late 2014. Besides reducing operating costs, oil companies hope that these measures will have a stabilizing effect on the market by reducing productive capacity in the medium to long term.

No matter how quickly prices recover, the crude oil market is projected to continue contracting for the foreseeable future. As long as oil companies are forced to choose between floating high levels of debt for costly oil field exploration or depleting their strategic reserves at substandard market prices, investors will question their ability to shell out high dividends over the long term.

Why are prices falling?

This question is deeply complex but put simply, the energy market is awash with oil. Investments in horizontal drilling and hydraulic fracturing (fracking) technologies have made the extraction of shale gas and petroleum resources economical — allowing U.S. oil production to nearly double from 2008 levels, to 8.7 million barrels per day in 2016. These developments are weakening the ability of the Organization of the Petroleum Exporting Countries (OPEC) to control prices through supply-side management.

Even at the internal level, OPEC seems unable to take collective action against falling oil prices. In the early months of 2016, Iraq is posting record output levels, and Iran is ramping up production in preparation for its emergence from nuclear sanctions. Meanwhile, Saudi Arabia, long the guarantor of market stability, is vocalizing its unwillingness to reduce output, fearing a loss in market share to its geopolitical rivals.

Projections on the demand side are equally grim. The most recent market status report (PDF) from the International Energy Agency has revised projected oil-demand growth downward through 2020, citing unusually warm winters, the reorientation of large consumers such as China away from oil-intensive industries (such as heavy manufacturing) toward more consumer-driven economies, and the increasing competitiveness of renewable energy and natural gas against petroleum and coal in emerging markets.

How are renewable energy companies affected?

Historically, this question has been a painful one. Until very recently, statistical analyses strongly correlated crude oil prices with the share prices of major renewable energy companies. In other words, as oil prices fell, so did the prospects of renewable energy firms. Responding to OPEC’s decision to maintain production levels and low crude prices in November 2014, shares in Vestas and Yingli Green Energy, the world’s largest wind turbine and solar photovolatic (PV) panel suppliers, respectively, fell sharply.

This relationship is striking given that crude oil and renewable energy are not direct substitutes. By far, renewables are used to generate electricity, whereas crude oil accounts for only 5 percent of electricity generation and is used mainly to produce fuels for transportation. Even with low fuel prices, oil is simply too expensive to power most large-scale electricity grids. This seemingly illogical investor behavior can be better understood as a representation of investors’ deeply rooted confidence in conventional energy markets.

The real threat to integrating renewable energy into power grids does not come from cheap oil, but rather from cheap electricity. In that regard, natural gas, which competes with coal as the largest and most affordable fuel source for electricity in the United States, could be a stronger challenger. Despite this competition, average U.S. retail electricity rates continue to rise. This is because the annual costs in modernizing and maintaining American grid infrastructure and maintenance have more than quadrupled since 1980. These costs are making distributed generation options, such as rooftop solar PV, much more attractive.

While financial service giants such as Morgan Stanley speculate on when — not if — oil prices will hit $20 per barrel, investment in renewables is exploding. According to the REN21 2015 Renewables Global Status Report (PDF), by the end of 2014, renewables represented more than 58 percent of all new additions to global power capacity (134 gigawatts), with investment growing 17 percent to more than $301 billion and creating over 1.4 million renewable energy sector jobs in 2014 alone.

All of these developments, of course, happened before last year’s Paris climate talks. In the buildup to the groundbreaking climate change negotiations in December, comparative cost assessments (PDF) of electricity generation options demonstrated how renewable energy is quickly becoming cost-competitive with fossil fuels globally. In isolated energy systems, such as those in Caribbean island countries, these assessments show that many renewable technologies are cheaper than conventional alternatives.

Demonstrating that renewable energy projects are not only technically viable, but also financially appealing to the private sector, emerged as a key target of the Paris climate talks. Unlocking this private sector participation has become increasingly vital, as conservative estimates (PDF) report that transitioning to a low-emissions economy worldwide will require more than $1 trillion in energy sector investment annually through 2050.

To accelerate this effort, member states of the United Nations Framework Convention on Climate Change (UNFCCC) mobilized the first blended climate finance mechanism in the Green Climate Fund (GCF). Backed with an initial tranche of $10 billion in funding from UNFCCC member governments, the GCF Private Sector Facility (PSF) is beginning to use innovative tools and concessional funding mechanisms to promote private sector involvement. These include:

For disillusioned investors in the conventional energy sector, these measures could not be more timely. As the markets for oil and coal continue to lose value, high-growth opportunities in the renewable energy sector will continue to gain interest. Indeed, six major renewable energy investment funds currently yield between 5.5 percent and 7 percent — attractive returns in the current market.

This profitability is no fluke. New research from Bloomberg New Energy Finance presented at the 2016 United Nations Investor Summit on Climate Risk in January suggests that renewable-based generation planned during the Paris talks presents a $12.1 trillion investment opportunity for private investors through 2040.

The global shift from fossil fuels to sustainable energy already has begun — it’s time for investors to ride the wave. 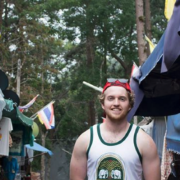